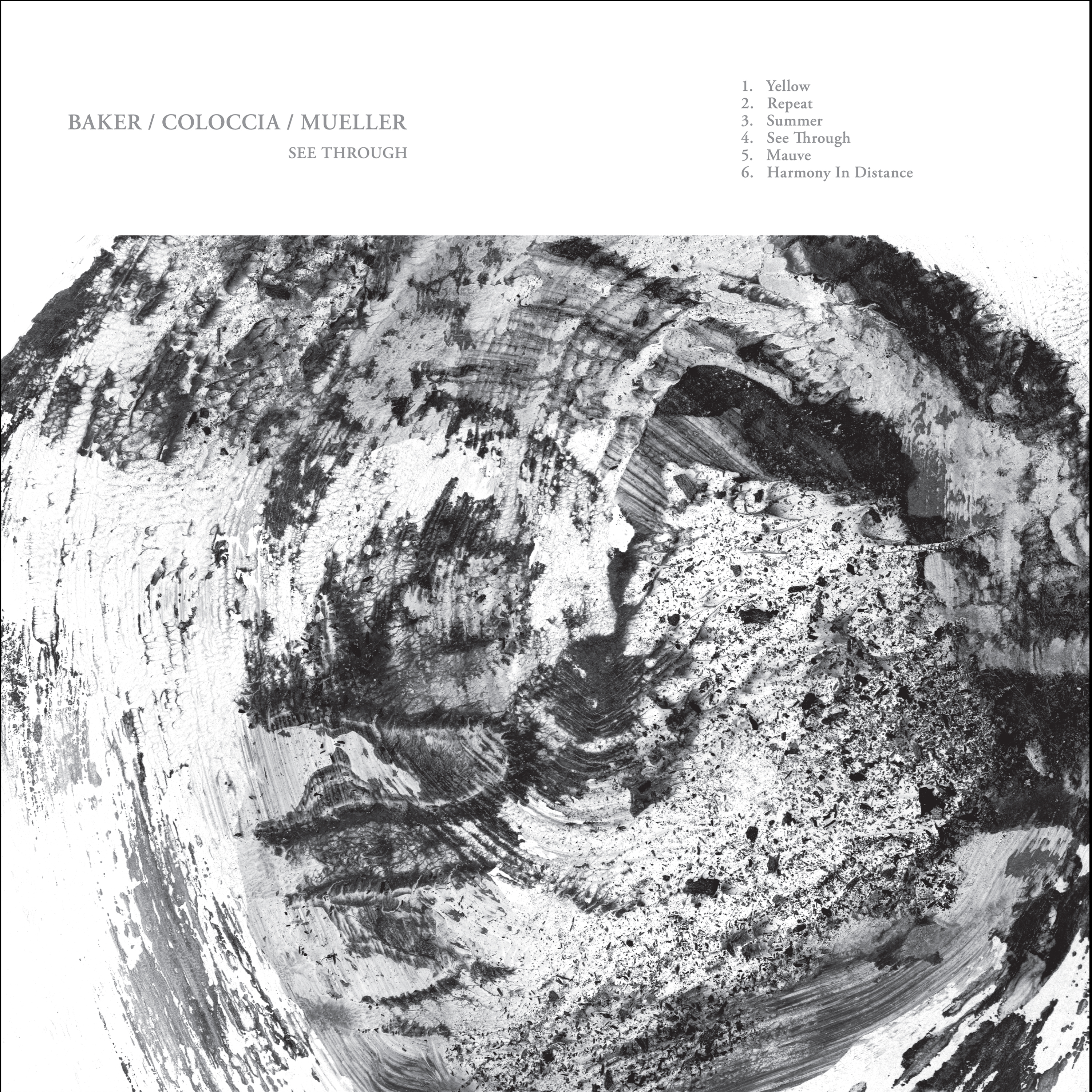 Collaborations, by their very nature, are an inherently risky proposition. While we all have our own ever-expanding list of artists we’d pay good money to see, a meeting of the minds can just as often produce underwhelming results as it can produce gold – in fact, it’s probably more the former than the latter. Just because two artists work great individually does not mean that when you put them together it will instantly produce results that are the sum of their parts. Does anyone remember the horror show that was Lulu?

Which means it’s almost a public duty to raise awareness about collaborations that actually justify their existence artistically beyond name recognition of the people involved. Which brings us to See Through, which is certainly deserving of such accolades.

On paper, the intriguing combination of experimental workhorse Aidan Baker (Nadja), ethereal vocal gymnast Faith Coloccia (Mamiffer), and noted percussive adventurer Jon Mueller makes for an an enthralling concept. Thankfully, in execution, it proves itself to be just as exciting. The record has a keen focus on texture and tone, opting for emotive triggers layered into complex structures, rather than opting for more traditional songwriting, allowing each of the collaborators to shine in their respective pursuit – giving each other more than enough breathing room to reach their accumulative goal.

Opening track “Yellow” flickers into life with a sun-drenched wistfulness as the clattering noise pairs with Mueller’s tribal drumming and swells of iridescent cymbals before Coloccia’s celestial vocals slowly envelop the track. Each element works together to pull the listener in deeper, creating a truly mesmerising soundscape.

Experimentation is the name of the game here and it’s the eleven-plus-minute title track where the adventurous nature of the trio comes firmly to the foreground in the most unsettling ways. The electronic opening builds to a steady yet tumultuous intro; cut by ringing cymbals and underpinned by train-like drum chugs that continue to grow a palpable sense of unease. This, combined with Coloccia’s haunting vocal creeping over as the instrumental intensity  continues to escalate, all before reaching a leaping crescendo and that subsequently comes crashing down to re-engage the otherwise tranquil current that stands as the core of the album.

With a collective musical sigh and an injected sense of vastness, “Mauve” is one of the standout tracks on the album, providing a much-needed respite from the previously displayed intensity, yet also allowing Coloccia to spread her incredible wings even further over its duration. Whilst her vocals sweep like a ghostly presence over most of the album, her work here is far more considered, almost lyrical and that distinction alone is enough to cement this as one of the most memorable offerings.

See Through flows like a river, swelling and narrowing as the current increases and then relaxes. Injections of brightness reflect off the glimmering aural surface and the smattering of vocals that are faint yet vibrant cut through the tranquil ebb and flow with an angelic grace. There is an organic grandeur to this record that is rarely heard, and it comes from the honesty poured into the exploratory nature of the project by the trio. While this may be a flash in the pan type of project, this collective are too good together not to give it another go.