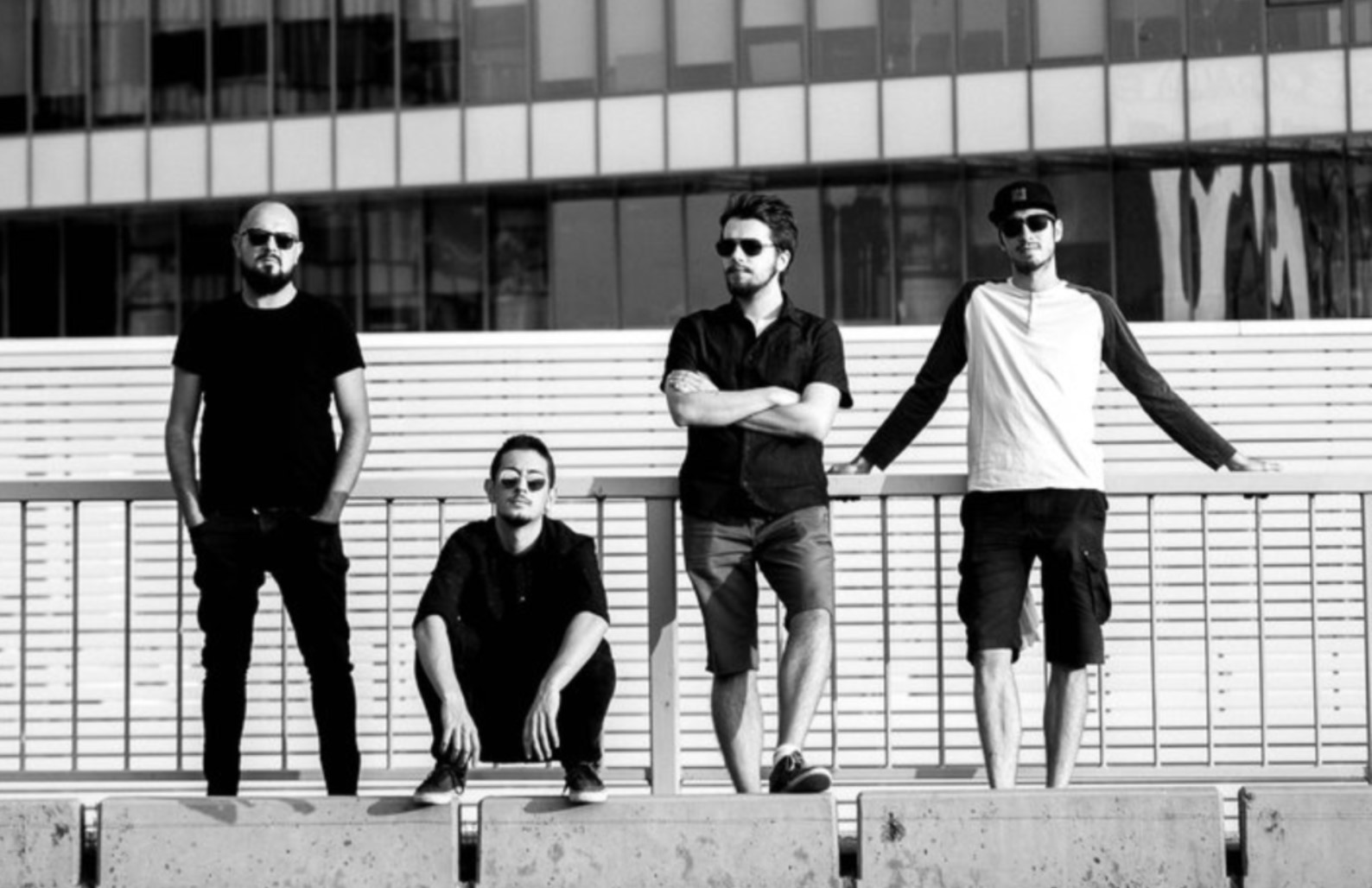 By Shaun MilliganMay 1, 2019 No Comments

Bucharest may not be considered the epicentre of post-rock music, but the world could be about to sit up and take notice with La Deal, a tour-de-force third outing from Romanian quartet Am Fost La Munte Și Mi-a Plăcut.

Known to existing fans for their communication through memes on Facebook and sense of humour, Am Fost La Munte Și Mi-a Plăcut even won a Metalhead Award in 2016 for Best Alternative Newcomer. Sadly, I am sure that for many, like myself (until now), they remain a criminally-overlooked newcomer of sorts in a genre saturated with many bands producing music which isn’t necessarily better per se, just more widely marketed to more established fan bases. Well, La Deal (At the Hills) is here to change that. For those interested (and who wouldn’t be? Languages are fascinating), the name Am Fost La Munte Și Mi-a Plăcut translates as ‘I Went to The Mountains, and I Liked it’. It sounds beautiful, poetic, and let’s be honest, perfectly post-rock. Happily, their sound also delivers.

Many tropes of the genre are present, yet used in refreshing ways. Halfway into opener “Când Ziceai Că Pleci Pe Vapor?” (“When Did You Say You’re Leaving on the Ship?”), the lead guitar shifts slightly. It briefly adopts a bright, piercing tone oddly resonant of the classic rock sound sported so successfully by stalwarts like Zeppelin and Skynyrd. It’s a small but perfect example of risks taken to pioneer within a genre vulnerable to the comfortable and bland. This strong track finishes abruptly, seemingly working towards a final cacophony of reverb and textures; I was genuinely disappointed by the sudden halt.

My sadness was short-lived though. I consequently remained intensely attentive for the rest of the album – and boy, was I rewarded. Honestly, it’s the first time in a long time that I’ve stopped what I was doing to just take in every nuance of the sound. I was captivated by the comforting familiarity it offers, while drawn to elements not often heard elsewhere. Mighty combinations of meandering melody, crushing chord, and walloping crescendos utterly soaked in reverb, La Deal easily packs a punch comparable to If These Trees Could Talk‘s The Bones of a Dying World or Maybeshewill: it’s everything post-rock fans love and more, which makes for a breath of fresh air.

Second track “Sătrăiți, Sănătate, Serviciușor” (a variety of Romanian conversation-closers, I’m reliably informed by Everything Is Noise‘s own Robert Miklos) provides moments that conjure images of wandering desert mesas, alone in a vast expanse of wilderness. This is achieved courtesy of guitarists Mircea Becherescu and founding member Vlad Enescu (also of Axial Lead and Karmic Thread). Also of note is track three, containing a deliciously-unexpected major chord resolve that thrilled my inner songwriter and jazz fan. It brings an uplifting tone that lulls you temporarily into a false sense of hope and security, before pummelling you with the complete opposite – an ominous progression that honestly wouldn’t sound out of place on Poison the Well‘s Tropic Rot, for those who’ve experienced the pleasure of its brooding ferocity. After travelling via single “Am Adus Băutură, Fetelor” (“We Brought Drinks, Ladies”), the final piece of the puzzle features a monologue in Romanian which, with Robert’s help, appears to detail one half of a conversation between two taxi drivers making plans for the following day. It’s a bizarre snippet for sure, and yet oddly still suits the vibe of the closing number all the same.

Interestingly, very few of the tracks utilise their run-time for laboured construction of slow-to-build, dense soundscapes typified of the genre. Instead, most songs opt to launch into the action relatively quickly, and I for one cannot blame them. With such a wonderfully-produced result, I would be eager to get this goodness into people’s ears too. At just over 37 minutes, it’s a short affair as many post-rock albums go, yet everything punches hard and softly soothes where necessary, thanks to excellent mixing. Drums crash and pound, bass thunders, rendering the ground unstable, and layer upon layer of guitar invites you to travel with the music, each riff and melody a new step where the only direction is very much upward. All told, La Deal would sound fantastic live, which you might see for yourself with a tour in the pipeline according to their Bandcamp.

Am Fost La Munte Și Mi-a Plăcut‘s name states that they went to the mountain and liked it. I would argue that this huge record is the mountain – with vibrant, decadent noise, matched by equally colourful and appropriately-endearing cover art. It’s a mountain I fell in love with, and one I will certainly venture back to time and time again.