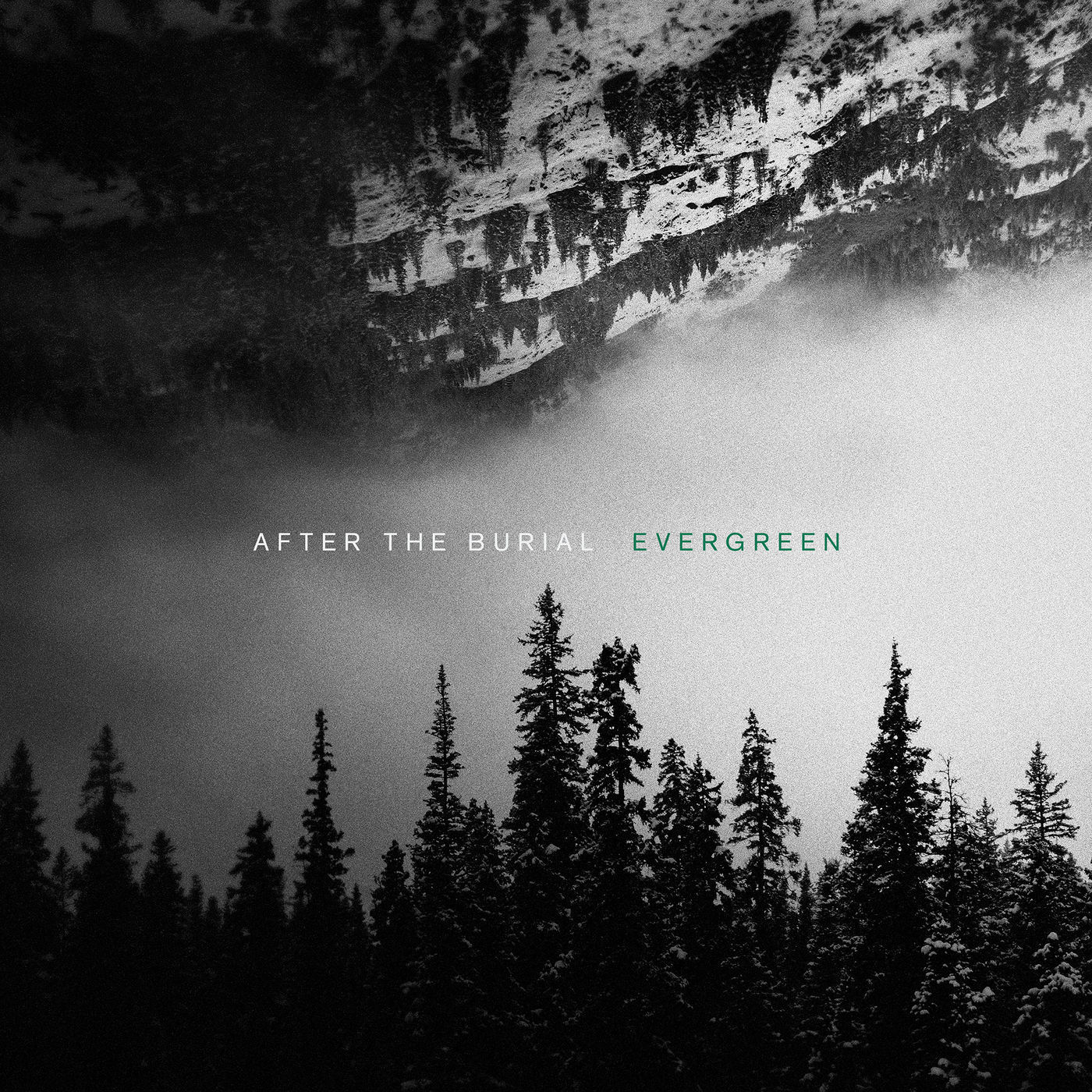 After The Burial – “Evergreen”

While at its core an After The Burial record, Evergreen just seems like a carbon copy of their previous records. This is not to say it’s bad; however, the passion from the their earlier works is all but faded.

When you think of modern progressive metal bands, not many come to mind as quickly as After The Burial. Their aggressive sound, mixed with technical licks, made their first release Forging a Future Self an instant hit. The inventive and utterly genius “Pi (The Mercury God of Infinity)” was an eye opener for the progressive metal scene. They then came back in full force with Rareform, which I still hold to be one of my favorite albums of all time. Now, with Evergreen, After The Burial have seemingly shown themselves to be simply going through the motions. There is not much within the album that really helps it stand out among the rest of their catalog. You’ll find a few moments that are interesting, but they are lost in the static of vapid music.

Lead single “Behold the Crown” pretty much says all you would need to know about Evergreen: it is more of the same. That is not to say it is completely bad or bland; it just sounds like every other record they have released in the past few years. There is little here that sounds new or fresh, which makes it sound uninspired. Against all odds, they have become a slave to their own formula. The slow build-up followed by a breakdown is nothing new and is nearly being worn out. Obviously, the imagination is still there, but it isn’t well utilized. The grooves throughout are really fun, yet bring nothing new to their sound that we haven’t heard before – the video is very cool, though.

One issue that really sticks out to me is the pacing of the album, or rather the blatant lack thereof. The songs have nearly no connection to each other. It really does feel like they recorded these songs and just threw them into an album, with no thought of how the listener would progress through it. The more I listen to the record, the more the songs begin to just bleed into each other. Little is offered to help differentiate when one song ends and another begins. “In Flux” gets so close to breaking away from this with the respite at the end of the track, but that should have been its own quick interlude. Something as simple as the separation of that section from “In Flux” could have provided a slight break from the monotony that is rampant through Evergreen.

“To Challenge Existence” is the epitome of what I had hoped After The Burial would never become. This track is nothing short of awful, and honestly, I do not know how it landed on this album. I could see this being on a newcomer metalcore band’s first EP. There is nothing even vaguely reminiscent of imagination or redeeming qualities to be found here. The palm-muted chugs are an embarrassment to what After The Burial are capable of. Even juxtaposed against the rest of Evergreen, this song is so out of place that I was completely taken aback by it. No amount of playthroughs made this feeling go away, and it really makes me worried for what this could dictate for the future of the band.

I can say with all sincerity that I will still be listening the this record quite a bit, but I feel that may just be more hoping for a silver lining to shine through. Evergreen can be a fun listen, but more for the fact that it feels familiar. There isn’t as much to take in musically as there was from their previous outings. This album is not their strongest creation, but that does not take away from their capability to create memorable music. Here’s hoping they can push through this lackluster album and find something that really shows what they are made of.