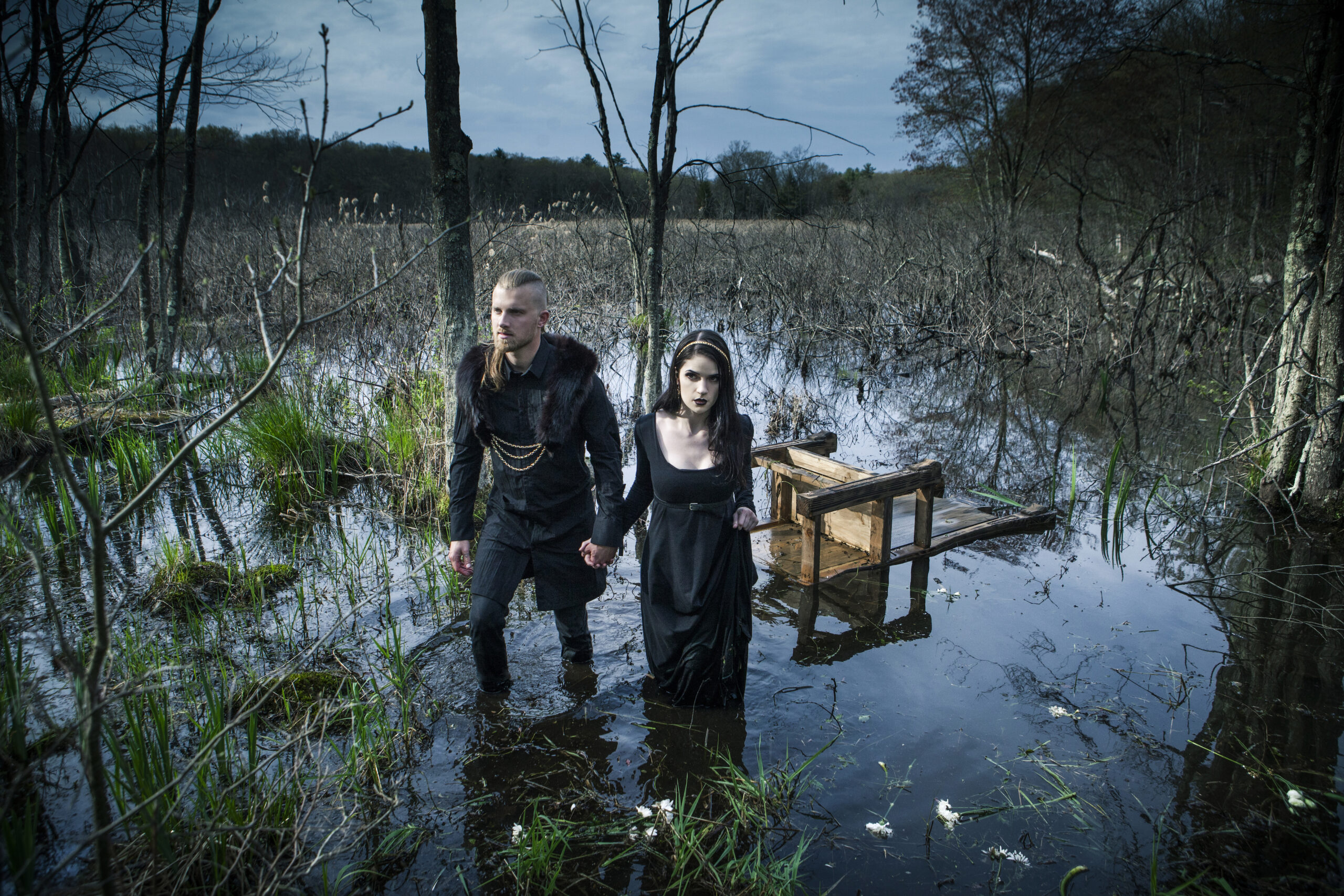 It isn’t often where you become utterly fascinated with the paranormal, at least not in my case. I can barely handle the ‘normal’ world in its current state, so I don’t know how I, or anyone for that matter, could even begin to cope beyond with which our senses are capable of perceiving. It takes something insanely depraved with a certain amount of charm in order to pull me in and leave me absolutely fascinated. I am here today sharing one of those ‘things’ with you today, as Everything Is Noise are premiering the new single from This Is Oblivion, “A Reckoning”.

This Is Oblivion are marking their entrance into our under-prepared ears with their self-titled debut album that is set to release on May 6 via Silent Pendulum Records. This duo is made up of Lulu Black and Michael Kadnar, both of whom have been heavily involved in the world of music thus far, just not to the hopelessly bleak degree that you’ll hear on This Is Oblivion. This passion project is a huge departure from their previous efforts into uncharted territory that is bound to shake you to your core. They effortlessly blend doom metal with post-industrial and electronic influences in this twisted folk-styled narrative, reminiscent to Lingua Ignota or Chelsea Wolfe. Musically, it isn’t particularly heavy at all, but with how abysmally bleak the soundscapes they craft here, it is just as oppressive, if not more, than anything else you’ll find today.

Instrumentally, what you’ll hear on This Is Oblivion isn’t necessarily what you’d expect from Kadnar percussion-wise considering his involvement behind the kit in other bands such as So Hideous, The Number Twelve Looks Like You, and The Downfall of Gaia. He changes the definition of what it means to be heavy, as Kadnar flips that right on its head. Although this is much more of a minimalistic approach, the impression is just as devastating. Despite all this, Black’s direct yet equally haunting spoken word vocals here on “A Reckoning” acts as your only grip on this mortal plane by grounding you to reality. With how her apathetic vocals cut right through me, I am not sure I want to remain on this plane with how much more unsettling her performance makes this track. It really suits it quite well with how ‘lifeless’ it is and I mean that as a compliment.

Listening to This Is Oblivion‘s “A Reckoning” makes me feel as giddy as I would be going to go buy tickets to go see horror movies back in the day; if you ask me, they don’t make horror movies nowadays like they used to. Despite being hopelessly hopeless and morose in musical tone, This Is Oblivion breathes some much needed life into me right about now. You’ll want to keep your eyes peeled when their self-titled record drops on May 6 via Silent Pendulum Records, so you might as well make it a little easier on yourself to do that by following their Bandcamp page. If you’re so inclined, hook yourself with some wax as it’ll make for some mighty bone-chilling tunes for Halloween time. It’d definitely scare the crap out of any trick-or-treaters making their way to your door, that is for damn sure.