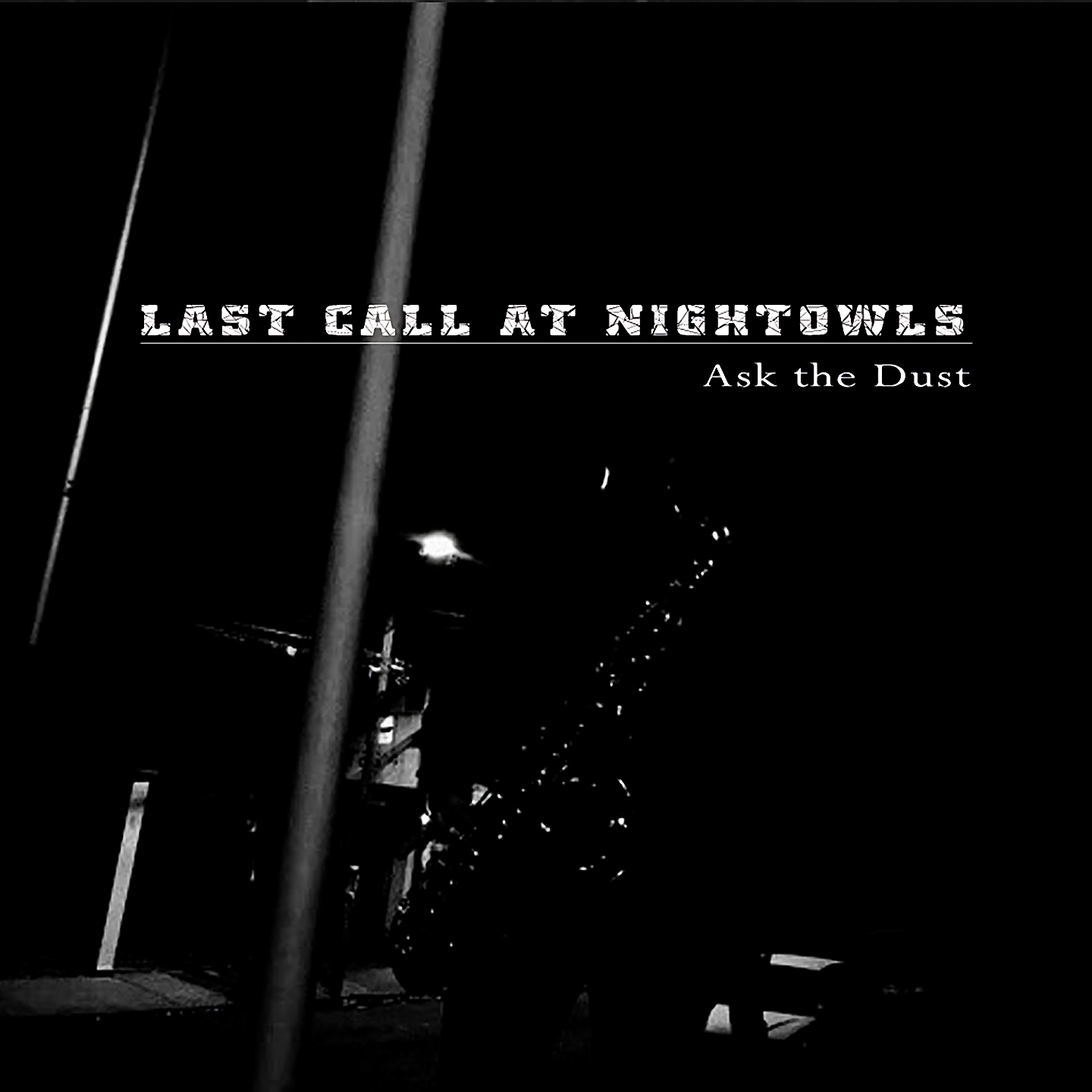 By Billie HeltonMarch 5, 2020 No Comments

One of the best feelings in the world has to be getting chills from music. As much music as I listen to, it’s still a pretty rare occurrence for a piece of music to strike me in such a physical way. About a minute into “Húmeda”, the opening track to Ask the Dust, I had goosebumps down both arms. It’s a striking piece of music, rife with haunting ambience and a slow-burning pulse that is kept by light percussion and a pair of saxophones. The production is top-notch, with crystal clear samples and effects adding more layers to the track.

Ask the Dust is the debut from Last Call At Nightowls, an international collective with members from Rome, Mexico, and Australia. The group creates their art through file sharing and improvisation, incorporating elements of dark ambient, doomjazz, and noir soundscapes. The result is an eerie and chilling experience that fans of works such as Bohren & Der Club of Gore or The Mount Fuji Doomjazz Corporation will enjoy. ‘It’s an obscure journey in the middle of the night for men and women, two saxes mark a slow impact, between dream and nightmare chasing the omens of the black owl.’

“Sperm and Tears” is an absolute horror to take in. Every aspect of it feels sinister, from the bass that hits almost too urgently to the warbling and shrill sax notes that ring out. But the icing on the cake is the vocal samples that persist throughout. If this track were any longer I might have had to cut it off early, it was actually giving me anxiety to listen to. I don’t know if I’ve ever heard something quite so cacophonous that made me that uncomfortable. Don’t look at this as a negative factor unless you can’t handle music like Throbbing Gristle or Sightless Pit. If you can overcome the horror, there are some really masterful things at work here that give it such an atmosphere.

This whole album is incredibly dark and eerie. The atmosphere is palpable and feels incredibly dense due to the multiple layers of sounds constantly at play. “Ask The Dust” is a great example of how soft and somewhat quiet elements quickly become suffocating when layered with several on top of each other. There’s a constant sense of dread looming, like in a horror movie when you know something bad is about to happen to a character. There’s a certain chaos to such a simplistic arrangement of music that makes Ask the Dust really unpredictable and adds more anxiety to it. You never know what is going to crop up next in the mix, like distorted white noise or a sudden vocal sample of a harsh whisper. There are a lot of industrial elements to this album, with the abrasive and aggressive electronic elements that constantly emerge.

Ask the Dust comes out this Friday, March 6 through Subsound Records. You can listen to it through the SoundCloud embed, or on Last Call At Nightowls Bandcamp. Be sure to give the group a follow on Facebook for more updates as well.