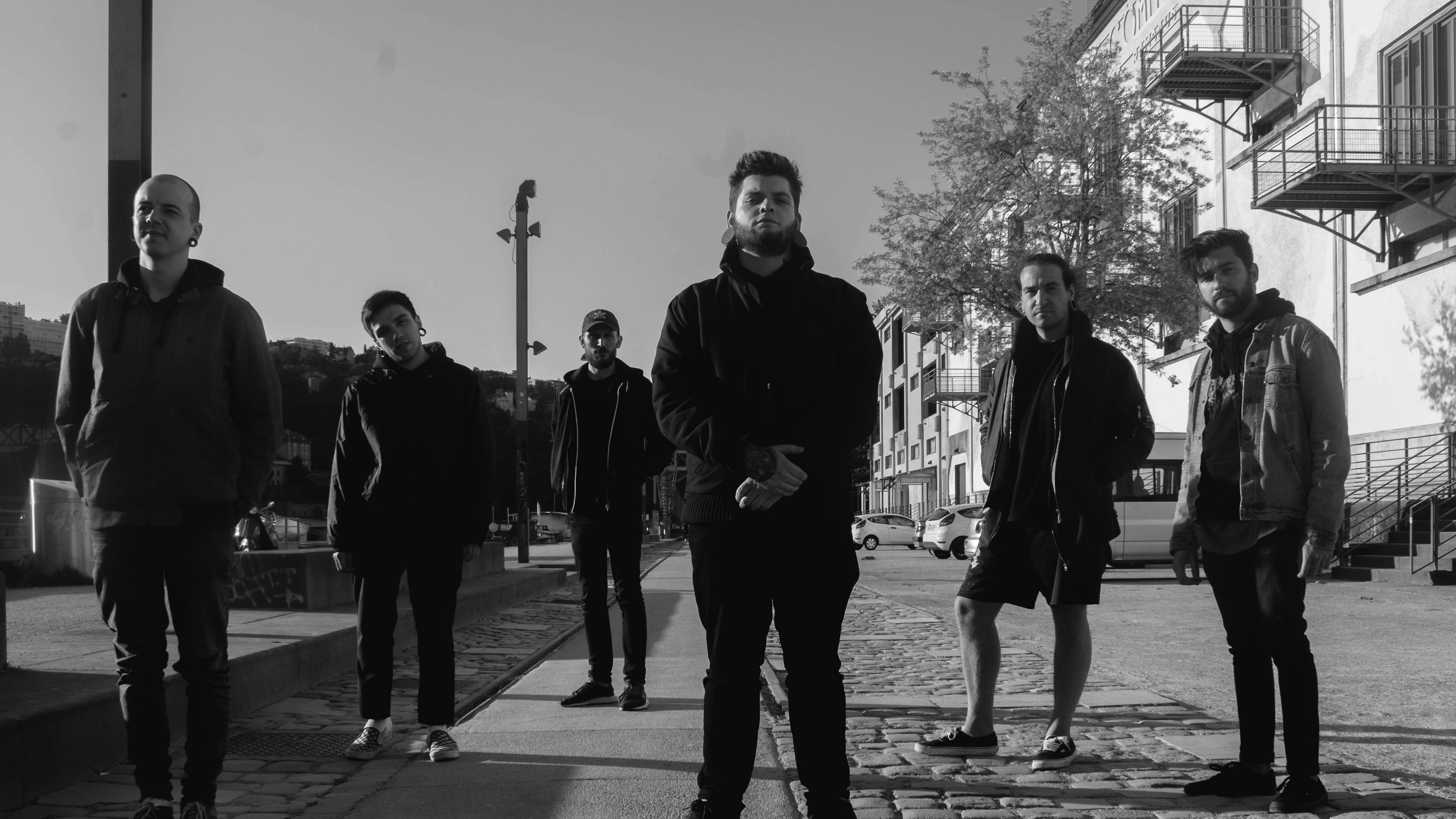 Sunquake Show What They’re Made of with “SNAKE SKIN”

Sometimes, shedding your old skin is a much-needed process, an act designed to discard the wasteful, rejuvenate, and usher in new seasons of life and growth. Many bands utilise this same idea to venture into new territories of genre and switch up their sound, but what if the elements of a musical beast combine well enough as it is? What if refining becomes the goal rather than a complete rebirth?

Such is the case for French metalcore outfit Sunquake. The name may bring a hazy sense of familiarity: the band also premiered “Noctilucent” – one half of their debut EP Pandemonium – with Everything Is Noise (or rather our former iteration It Djents) back in 2015. Now, some three-and-a-half long years later, they are finally back, with their first full-length album Amaranthe on the way. Today, we bring you its first single, “SNAKE SKIN”!

As you’ll no doubt hear, “SNAKE SKIN” is an aggressive slice of metalcore, with a healthy pinch of groove to carry you through. Thibault Anceau’s clean vocals meddle happily amidst the menacing growls produced by Isaïe Massy, as if the two were duelling across the track. This dynamic battle is underpinned by thick, punching riffs and booming percussion that Sunquake use to great effect in their craft. The melancholy is made abundantly clear throughout – lines like ‘I feel like regret is stronger than gratitude/That’s why dead people receive more flowers‘ tease the kind of gritty tone you might expect to hear from the upcoming full-length.

Amaranthe is one to watch for, all you metalcore fans, even though no solid release date has been confirmed yet. It takes the various sounds associated with the ferocious sextet by long-term fans, building further on what they’ve created in the past. Composed between 2016 and 2018, the album’s twelve tracks promise to offer aggression and harmony from both music and the vocals. Sunquake are certainly a band who make good use of each instrumental component, particularly their dual vocalists.

For all news and updates on Sunquake, follow them on Facebook and Instagram. You can stream them on Spotify, while Pandemonium can be purchased on Bandcamp. Amaranthe will be released on Palmtree Records later this year; keep your eyes and ears peeled!