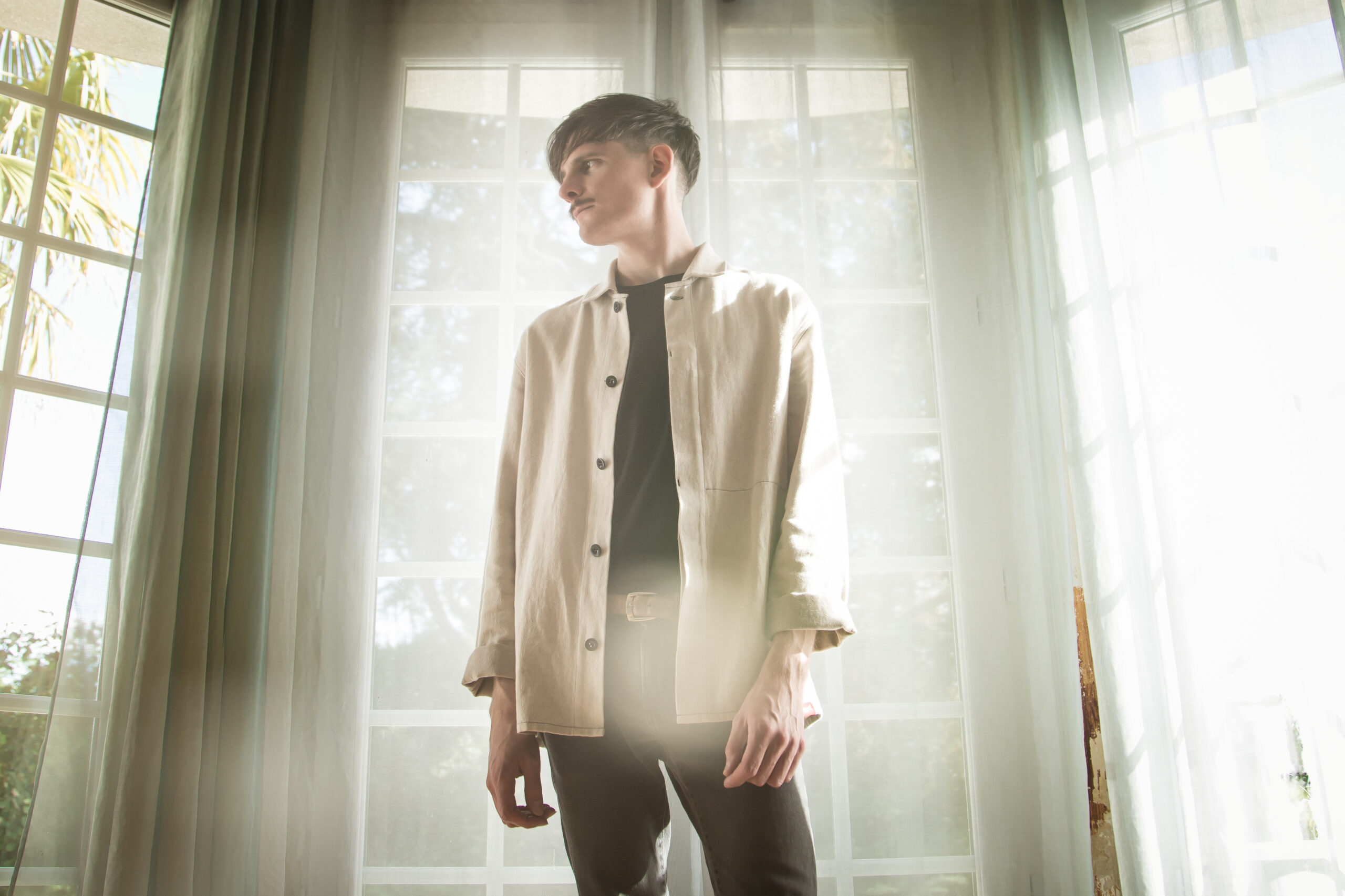 I don’t know about you, but I absolutely adore finding out the various projects that musicians are a part of, be it through collaborative groups or as a solo endeavor. Listening to these various, separate works of music that have contributions from the same individual allows you to get a deeper glimpse into who they are as a person. I find that it is a great way to better know someone on an intimate level despite not knowing them at all if that makes any sense to you. With all that being said, what brings us here today is Quentin Sauvé as Everything Is Noise is premiering his new single and video for “Horizon”!

Quentin Sauvé is known for his work as the bassist (and some vocal duties) for Birds In Row, undergound post-hardcore/hardcore punk icons, who just recently returned with the release of Gris Klein after what seemed like forever. Now here you and I are, just now finding out that Quentin also releases music in a solo capacity that is highly removed from what you hear in Birds In Row. I can only speak for myself, but all I can say is my life is better off having discovered this gem hiding in plain sight behind a group that I already endear so much. In 2020, Quentin released his debut solo record, Whatever it Takes, and he is set to release his follow up in the spring of next year.

Quentin’s efforts as a solo artist definitely do reveal a more intimate side of who he is as a musician and as a human being, that much was made clear on Whatever it Takes (now that I work my way through his previous works) and his new single, “Horizon” continues that trend. Quentin sheds his hardcore roots and bares it all for the world to see with his stripped back indie folk-tinged songs from the soul. Utilizing nothing but the gentlest of acoustic guitars, incredibly tender yet expressive percussive elements, and Quentin’s own emotively vulnerable vocals, it takes very little time for “Horizon” to latch onto you. While the music itself may be modest, the way that all the components come together to instill these overwhelming emotions within me is a testament to how powerful something so sincere and transparent can be. Regarding the meaning of the song, Quentin had this to say:

‘I tried to put my own words on everything that happened these three past years, and how it has left us with this disappearing horizon to look at, without knowing how far it will go, how long it’s gonna last. It was only getting worse, affecting relationships, mental and physical health, and also the passion I have for what I do. Because sometimes it just felt like what’s the point in even trying? But obviously I didn’t give up, as we’re releasing this song now. So for the song/video I wanted to free myself from this feeling, I wanted to escape and dance my pain away. It’s (the music video) is pretty straight forward but really fits what I wanted to express with the song; this desperate need for freedom.‘

While “Horizon” may be the first you’re hearing of Quentin Sauvé (and/or even Birds In Row), this insatiable taste of what is to come needs to be satiated; at least we have his debut solo release to hold us over until then. Rumor has it that Quentin’s upcoming record will be releasing sometime early next year, so be sure to swing by Quentin’s socials (Facebook | Instagram | Bandcamp) and give him a follow to stay up to date with those exciting announcements when they come! You’ll definitely see Everything Is Noise post about that release in some capacity as more information comes to light, but following him directly streamlines that information straight to you without the need for a middleman. If you like us being your musical courier, then fret not as Everything Is Noise has you covered!