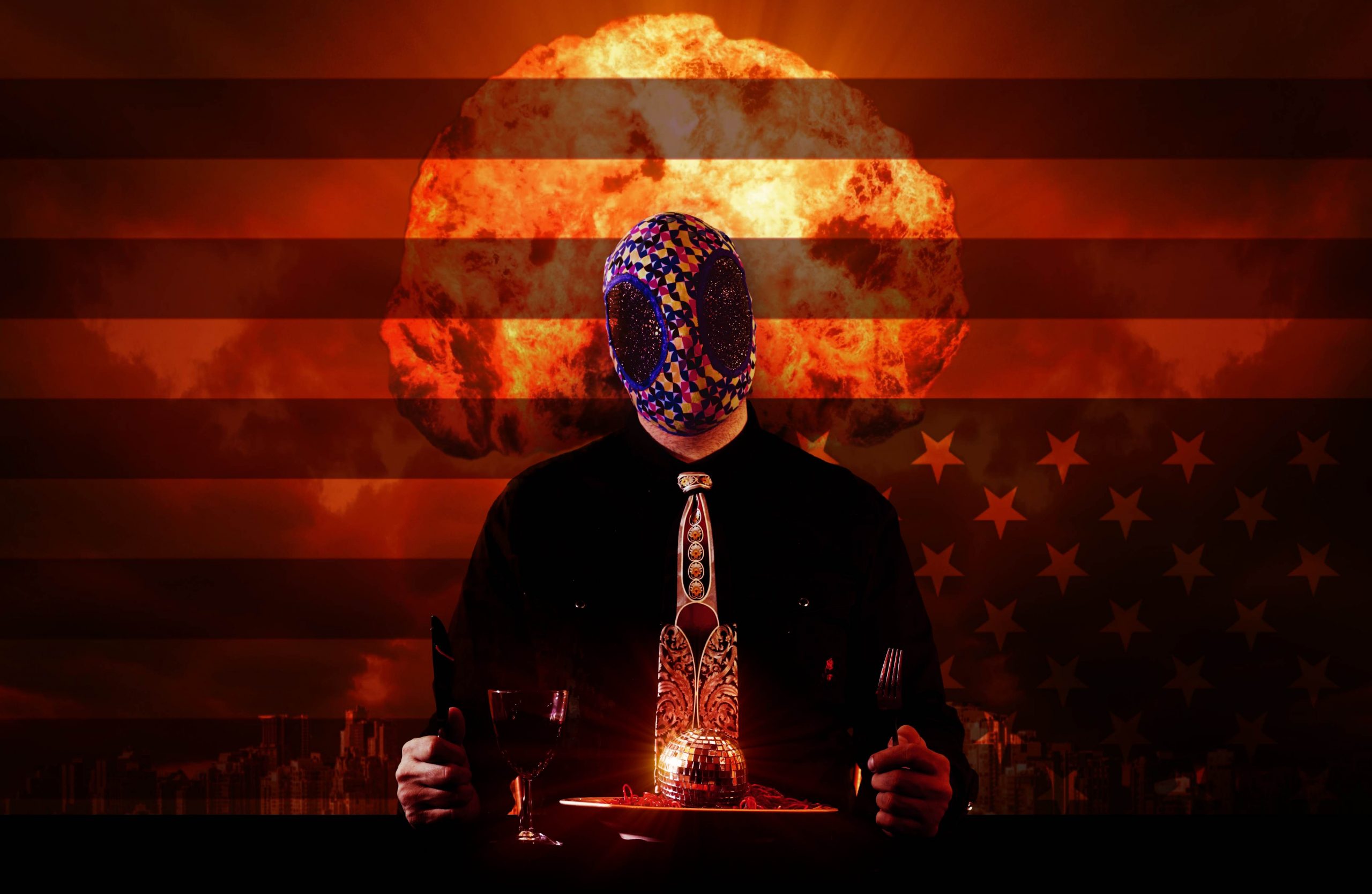 PORNOHELMUT Gives Us a Hell of a Trip with “NIGHT RIDER”

By David RodriguezFebruary 19, 2020 No Comments

The band is the solo project of Neil Barrett, formerly of BLK OPS and The Dead See among others, based out of Austin, Texas. We’re gathered here today, dearly beloved, to show off PORNOHELMUT‘s newest video for the track “NIGHT RIDER”, and it’s here to consummate with your mind. It comes from the recently released album BANG LORD which has album art that looks like me after I realize I accidentally opened the front-facing camera on my phone. It’s a bit wild – please be advised that there’s a fair amount of nudity throughout the video, though vaguely obscured. If you’re cool with that, click play and watch. If you’re not cool with that, click play anyway and look away!

Would you believe me if I said this is one of the calmer tunes on BANG LORD? Only one way to find out – listen for yourself. Still, “NIGHT RIDER”, comparatively calm or not, hits you with rhythmic rigidity and a salvo of electronics straight to your face. An easy comparison to make would be Igorrr though without the firm metal portions or baroque operatics found in their most recent work. It starts with a bang of rapid-fire sample slaps and ends with a mewling whimper, quite literally. In between, your ears are tenderized with stuttering percussion and salted by multi-textured synths. I feel adequately whelmed after listening to it, not quite knowing if what just happened to me was an act of love or war… not that the two have to be separate necessarily.

The video for “NIGHT RIDER” is similarly conflicting in its presentation to match the track, the order of everything clashing with its eclectic pace and presentation. Nude bodies writhe about, jumping and stretching as if mocking your own mind as it does the same. We speed down a highway with no end, the painted street lines whipping beneath us before twisting into an illusion that erodes consciousness itself. Make no mistake, this is definitely your brain drugs, and that drug is named PORNOHELMUT.

If your interest is piqued much like mine was after a sampling of PORNOHELMUT‘s jarring sound, you can peep the full album BANG LORD over on Bandcamp – it released on February 14 via Atypeek Music. Follow the band on Facebook, Instagram, and Twitter, if you dare.