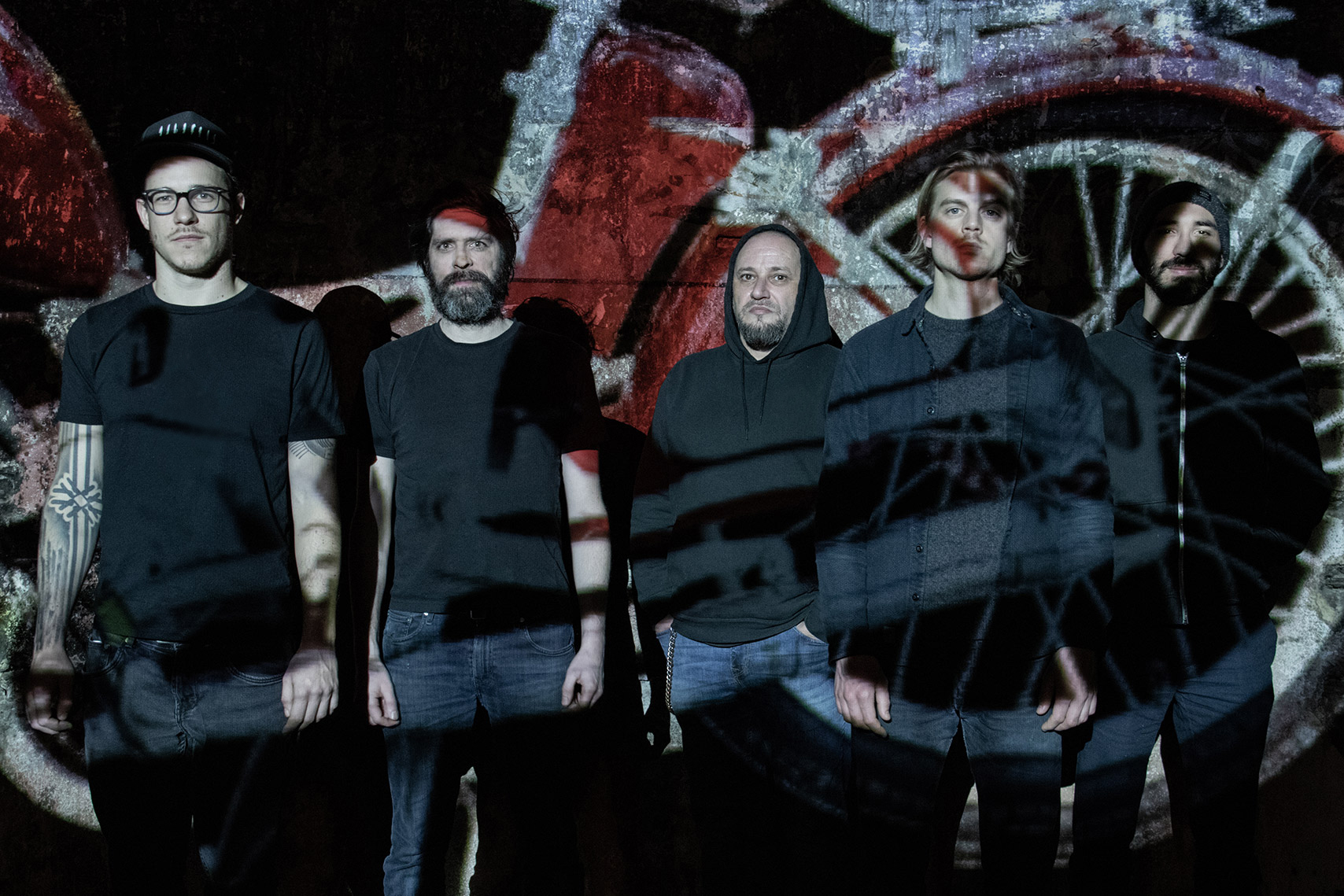 Here’s a little (slightly belated) Easter egg for all of you! We’re excited to premiere Switzerland’s post-rock/metal outfit Darius‘ new album Voir in its entirety. Voir is the follow-up to 2018’s Clôture and 2016’s Grain, which both already showed off the band’s playful post-rock style and raw metal energy. The album is going to be officially released on Friday, April 17 via Hummus Records.

Dark post-rock as it should be

Voir, French for ‘to see’, is quite an uncommon name for an audible experience, but we can reflect this name in the way we perceive Darius‘ music, which is definitely able to draw a picturesque soundscape.

The dark and melancholic vibes on Voir are huge. It partially sounds like a dystopian film noir, directed by pushing drum beats and energetic guitar riffing. All this is tied together by the atmosphereric sound, which dominates the album’s whole 41 minutes of runtime. Together with a very earthy bass tone, the three guitars create many melodies that dynamically narrate the stories that we can ‘see’ on Voir.

Darius really know how to play with their dynamics, and this composed their songs with many changes and a good balance between the calm and fast sections of their music. There are definitely some Cult Of Luna vibes to be found, but Darius also use their post-rock passages à la Russian Circles to great effect. Some additional shakers even make some parts of the song “Chocolat” quite catchy and danceable. The very natural, raw production – done by Amary Sauvé, who was also responsible for Birds In Row’s latest record – truly benefits the band’s setting, and creates a very vivid sonic experience.

The band had the following to say about the album:

‘When we first thought about making a new record, we had no clue how the songs will turn out. We just agreed that we all wanted good old kicks in the ass and looked for the people who knew how to give them. In the end, the album is a bit of a succession of kicks in the ass. We hope that you won’t mind getting them. You might even enjoy it.’

Voir is a very decent album that knows how to convince listeners with its many musical strengths. Make sure to follow Darius on their social media channels (Facebook | Instagram | Bandcamp), and support their new release!