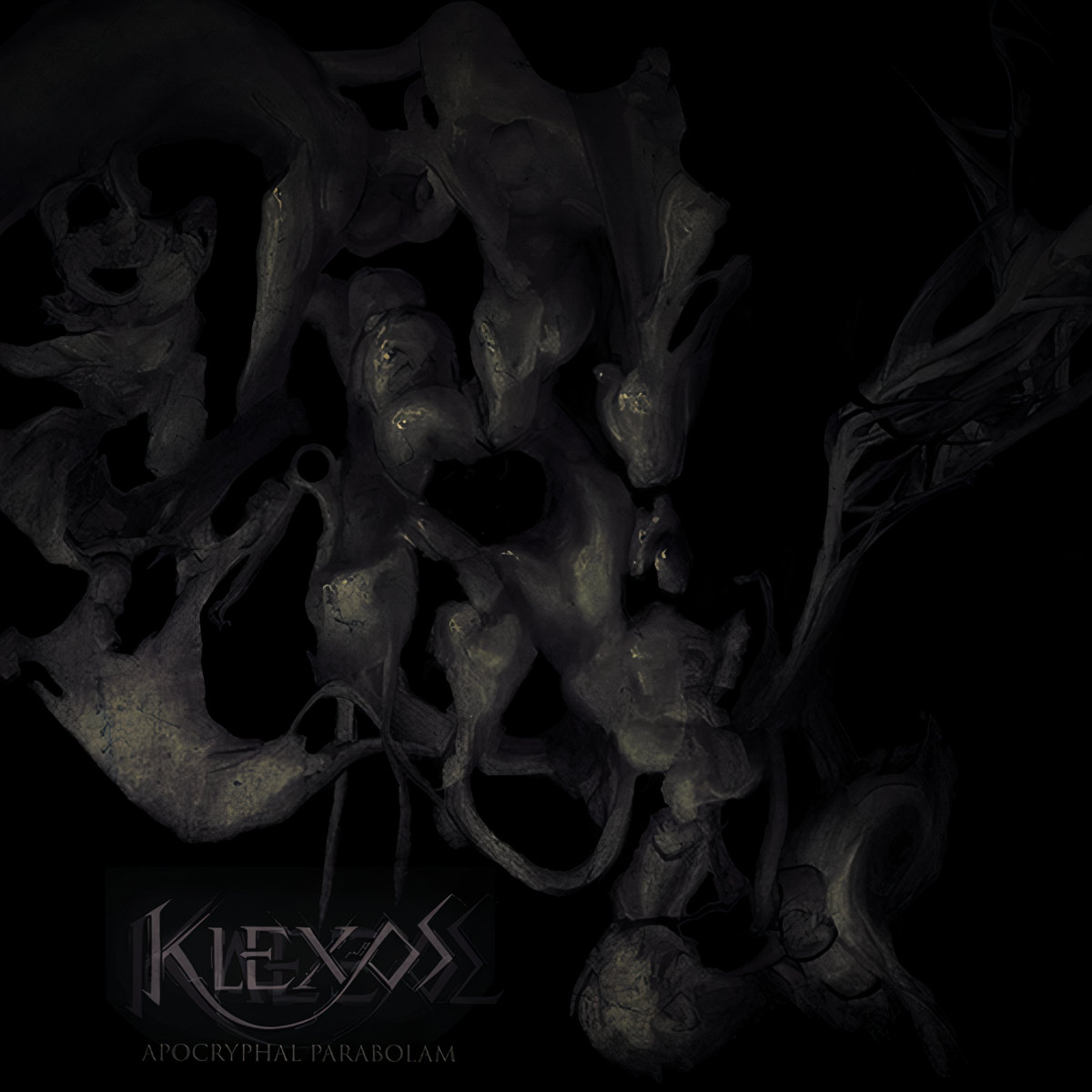 Klexos Unchain “Apocryphal Parabolam” a Little Ahead of Its Time

By Robert MiklosFebruary 25, 2021 No Comments

I don’t know about you, but I for one am always down for a full album stream before release date, especially when it comes to nasty, gritty, and abrasive death metal. Today’s premiere comes from a very little known band from the Western parts of USA, namely Lexington, Kentucky. They are Klexos, and they really don’t fuck around. They present to us their debut full length album, Apocryphal Parabolam, and it’s every bit as good and juicy as such a record should be.

Klexos started emerging into existence some five years ago, when Brandon Brown (formerly of Aronious, and now with Aronious again as their vocalist) started writing down material for a solo album. At some point, all these ideas took contour in the form of musical stubs, which would be then later extrapolated on. Soon enough, as material accumulated, the name Klexos adhered to the project. After having finalized a part of the record, Brandon decided to turn Klexos into a full-fledged band, reaching out to Nick Weyers (Carp Town Studios, Aronious, Irkalla) to take care of all the mixing and mastering duties, and to Evan Neiman (Crater, ex-Aronious) to take care of drumming for the album.

After a journey that spanned several years, we see the finished product as a very neatly tied and executed album. Apocryphal Parabolam cuts no corners whatsoever and presents itself as the mark of what it really is at its core – a deadly precise, proficient, and dark display of sonic abrasion. There’s plenty of things throughout to keep any fan of extreme music engaged and/or satisfied. You can find swerving melodic leads, churning riffs, bludgeoning growls, and cryptic atmospheres as well as plenty of other things. I don’t want to spoil the fun for any of you, so if you want a more in depth look, I already reviewed the album here.