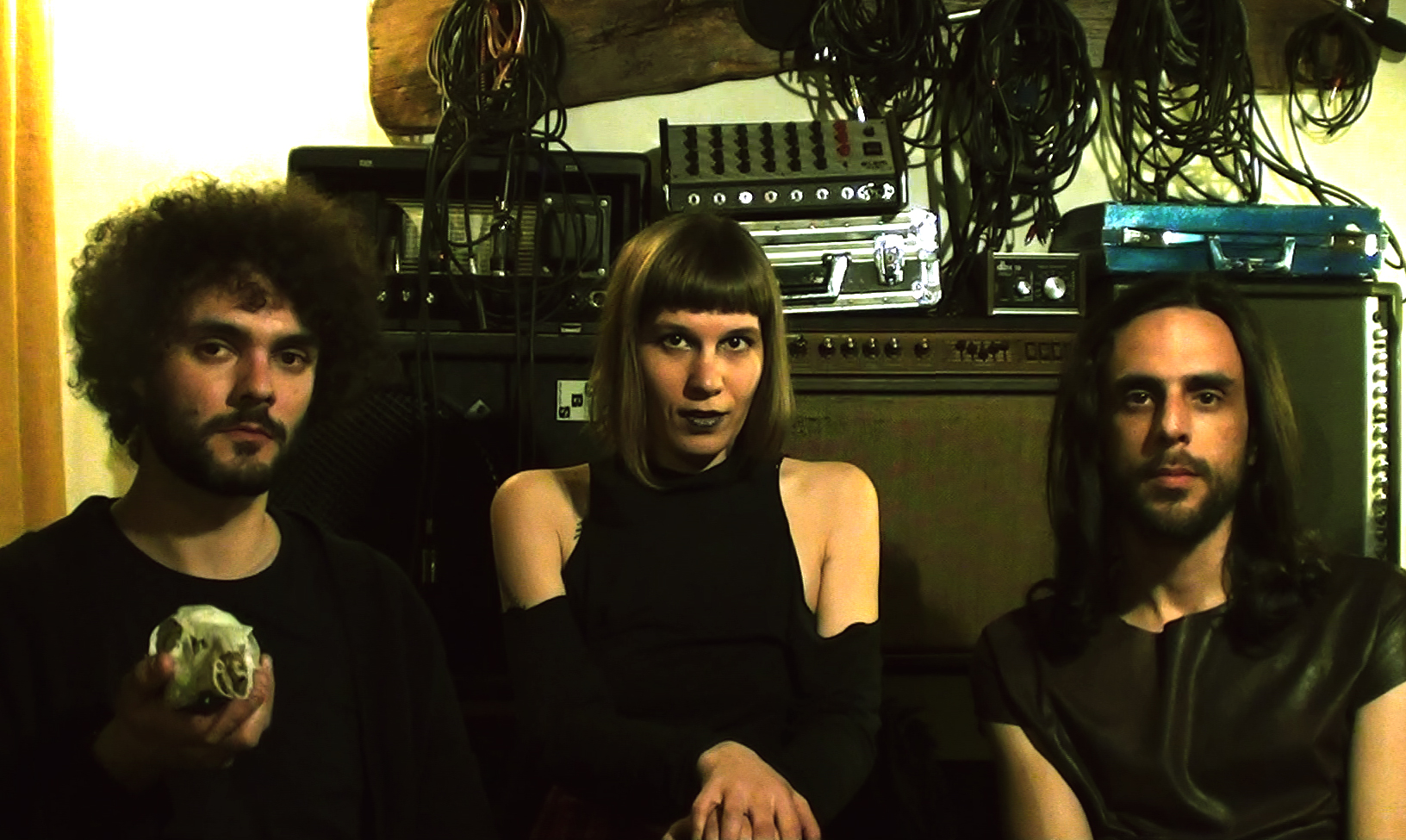 Julinko Are on “The Hunt” with Their New Single

Julinko is a moniker that currently embraces two separate musical entities, or rather identities. Depending on the setting, you can encounter the project, formed in 2015 by Italian vocalist/guitarist Giulia Parin Zecchin while staying in Prague, as a trio or a solo act – both come with a drastically different listening experience. Where the trio piles up massive walls of noisy, ethereal doom metal, Zecchin’s solo venture leans more towards the skeletal basics of her chosen aesthetic, presenting a ritualistic, ambient slowcore sound. One of two her current allies in the trio version of Julinko, multi-instrumentalist Carlo Veneziano, has been collaborating with her on all records the project produced so far (2015’s Hidden Omens, 2016’s Sweet Demon, and 2018’s Ash Ark), mainly providing drums and synths.

Recently rounded out by bassist Francesco Cescato, Julinko are now gearing up to release their fourth full-length album Nèktar on April 15, via Toten Schwan Records and Stoned to Death. It was recorded at Outside Inside Studio near Venice during the fall of 2018, and produced by Matt Bordin. Today, we at Everything Is Noise are excited to bring you a document of the stellar results Julinko were able to achieve with their latest efforts in the form of a new single, “The Hunt”.

Stream the song below!

Ominous, dark, and crushing: these are but three of the many adjectives that will cross your mind at some point while listening to this track. “The Hunt” sounds like an update on the sound Chelsea Wolfe has established over her past few studio recordings, with Zecchin coming very close to Wolfe’s frightfully enchanting vocal delivery at times. No matter whether it’s set between colossal guitar riffs or nestled in ethereal glimpses of sonic refuge, her voice perfectly fits all moods and settings Julinko cycle through over the course of the song’s runtime. The delicate balance between slow-burning heaviness and somber beauty the band strikes in their music is nothing short of impressive, and I’m convinced that their effect-laden take on doom metal won’t fail to capture the attention of many amongst our readership.

The band is about to announce a EU tour. If you’re interested in booking them, please contact Heartnoize Promotions!

If what you heard above was to your liking, you can go ahead and leave Julinko a like on their Facebook page to stay connected. Be sure to also give Nèktar a spin or twelve once it drops next month, and to familiarize yourself with their back catalogue in the meantime.