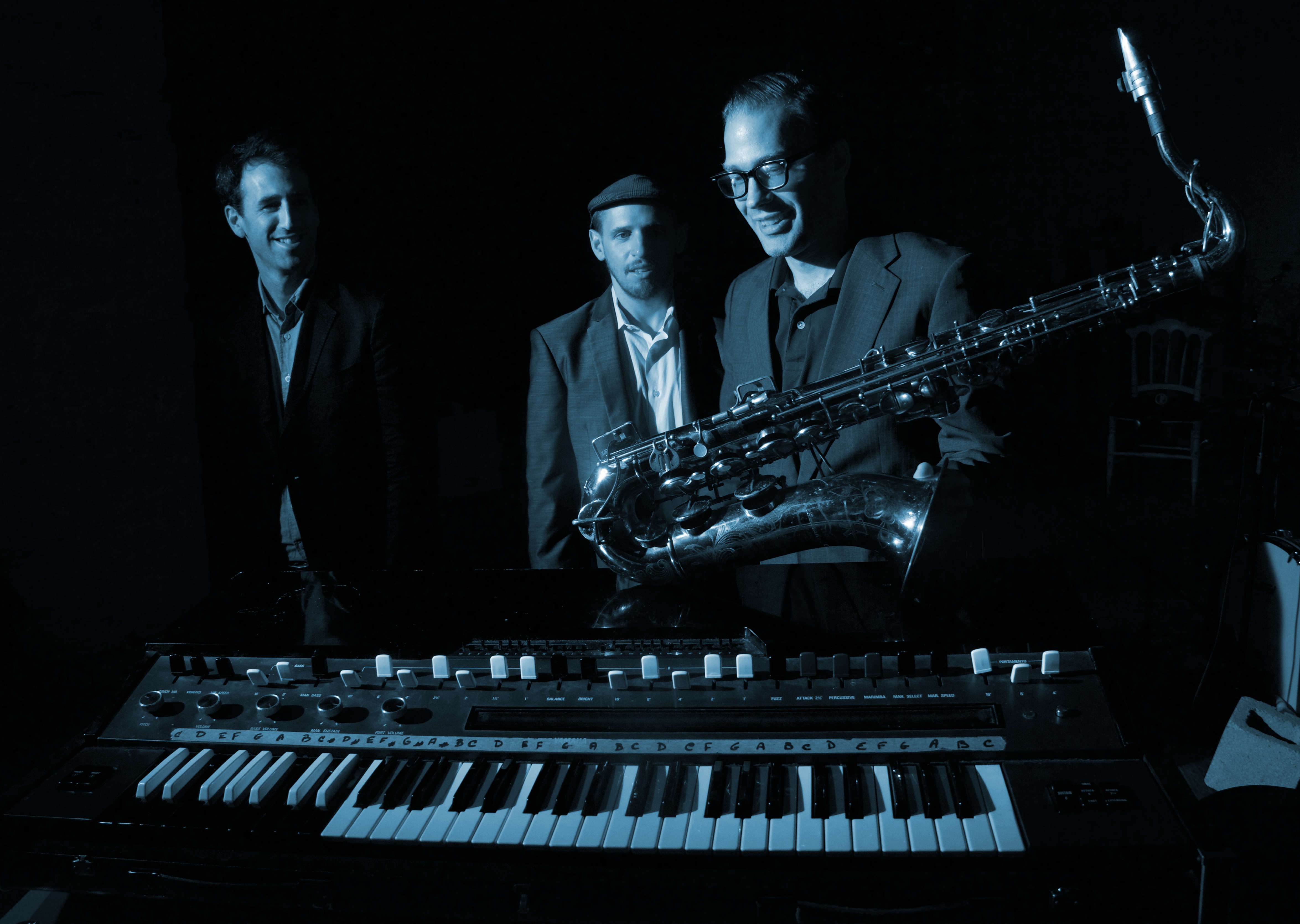 Let’s take a journey, shall we? Walk back in time with me, to when ice cream shops were a thing, and everyone had Saturdays off to go to the beach. But as with any point in history, there is crime, and along with it crime fighters who don suits, hats, and sunglasses. Yes, this is the 1950’s. Today, I’m bringing you the soundtrack to the scene that I set. Here’s Hearing Things is the debut LP by, well, Hearing Things, and will fill all of your crime jazz/surf rock needs.

Of all of the jazz that I have heard in recent memory, this is by far the most ‘visual’. These compositions are expertly written and performed, and excel at evoking the times from which their inspirations spring. Beginning with “Shadow Shuffle”, the walking bass, organ, drums, and horns immediately transport the listener, and within seconds you’re watching a showdown at the docks or in some dark alley. “Tortuga” picks up the pace, with more of the surf rock influences coming into the foreground. Its whimsical demeanor put a smile on my face every time the song cycled through. Anyway, here’s the album!

Hearing Things is led by saxophonist and composer Matt Bauder, who also leads Day In Pictures, is in Memorize the Sky, and has worked with artists such as Arcade Fire, Iron & Wine, and many more. On this album, Bauder displays his ability to compose genuinely catchy instrumental music and play the ever-living hell out of the saxophone; just listen to “Ideomotor” if you need proof. Hearing Things currently have a special 7” up for pre-order on Bandcamp, which includes an alternate version of the song “Tortuga” and B-side, “Hotel Prison”. Along with these goodies, the band has also released a video for “Tortuga”, check it out below!

You can already pre-order Here’s Hearing Things on Bandcamp in both physical and digital formats ahead of its release on March 15; I know that I for one will be snagging a copy of the record! Be sure to follow the band on Facebook to keep up with all of their goings-on.