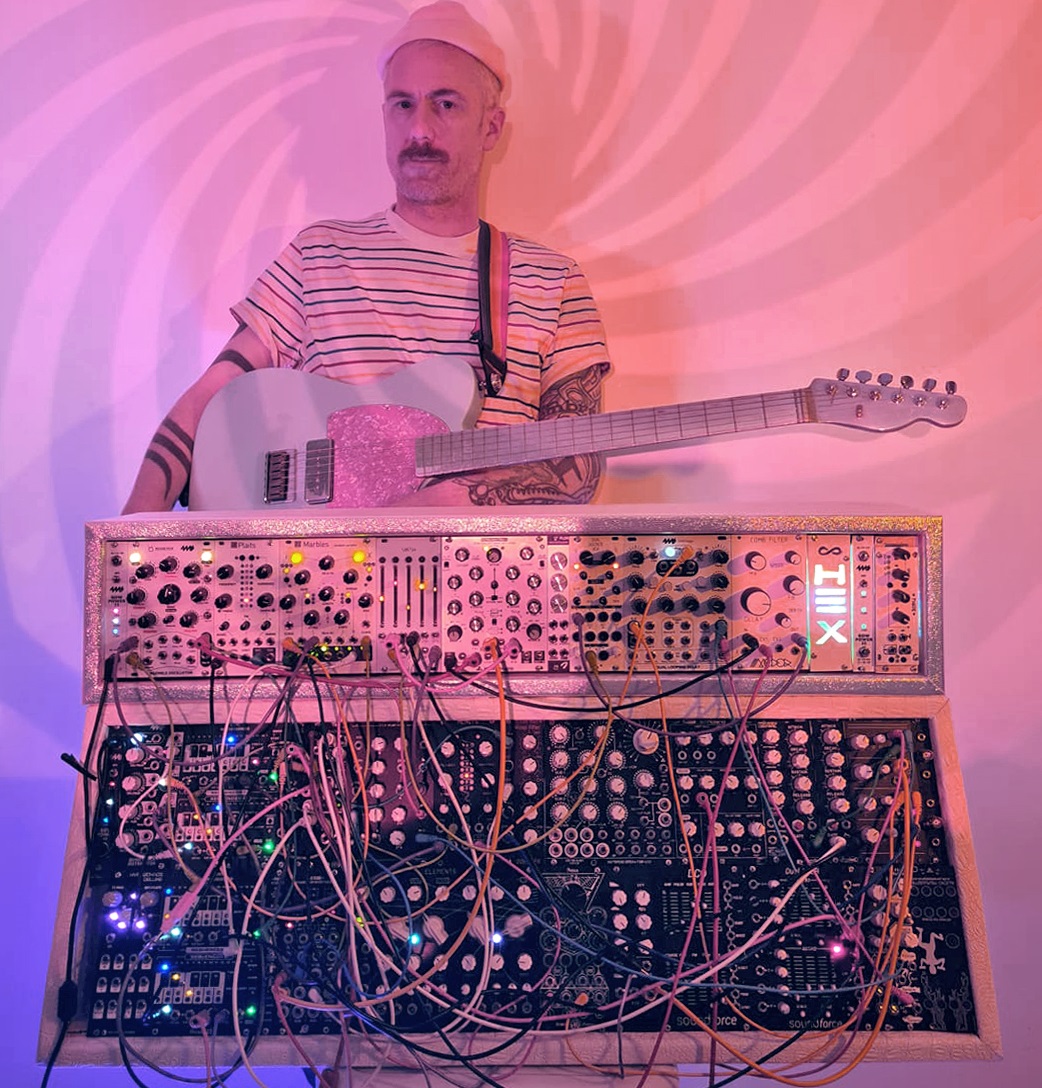 Infinite Hex Take Us on a Wild Ride Through “Simulacrum & Stimuli”

What a fine day to have our brains and aural circuits ruined beyond repair and mangled beyond recognition. Case in point, Otis Chamberlain’s brainchild, Infinite Hex, will be the sonic whirlwind responsible for our untimely demise. After dropping a series of crazed collections of tunes throughout last year, Infinite Hex brings us its latest offering in the form of Simulacrum & Stimuli one full day ahead of its release. This is good news for whichever of you have already been following the band. Personally I had no idea there was new music in the works, even though I (allegedly) follow the band on Bandcamp. Imagine my surprise and delight when I realized I could hear the music in advance and write my thoughts about it.

So what’s the deal with Simulacrum & Stimuli? First of all, it’s relentless, sort of like a flood that’s as flashy as it is deadly. There’s a lot of color and nuance to the record, although, not in the traditional sense per se. Imagine all the possible shades bleeding endlessly, out of some cosmic kaleidoscope, straight into your brain without any filter or semblance of pacing. A nigh cacophonic barrage of information, whose aim is so ample that it will not miss you, no matter what you do. Sounds fun, right? Well, you fucking bet it is!

The record really adheres to the grindcore mindset with ultra high octane deliveries and very short songs. It also does so via how the songs are named too. I mean that’s exactly what I’d expect given the style. Although, this isn’t your regular grindcore, as you may have caught on with my description above. There are some odd mathy elements in there too, alluding to mathcore – to an extent. The majority of the album’s sonic body revolves around the usage of electronics, mainly a modular synth to be specific. As a testament to the versatility and potential of such a musical tool, among other things, the spectrum on display is boundless and savage. I’m really lost on what you could call this amalgamation of genres. Electrogrind? Breakgrind? Who knows and who even cares, it’s good stuff nonetheless.

Up to “Where Braincells Go To Die” there’s not even so much as a second of breathing space. It’s an almost claustrophobic delivery of madness, that’s as enchanting as it is demolishing. I’m pretty sure the song title is some kind of fourth wall break of some sort, as it clearly references the fact that our brain cells go to die in this album. Anyway, starting here and up to the end of the record, we drift in an amorphous space, which feels somewhat crushing through its oddly dark atmosphere, even if it’s looser strictly in the amount of information it shoots to us. It’s definitely an interesting twist, which shows the tunes being capable of exploring slowly evolving textures with the same prowess as being unremittingly insane.

So, definitely grab Simulacrum & Stimuli once it’s out (tomorrow, August 20), especially if you enjoyed it here, because it sure deserves your attention and maybe follow Infinite Hex on Bandcamp and/or Facebook in the meanwhile.