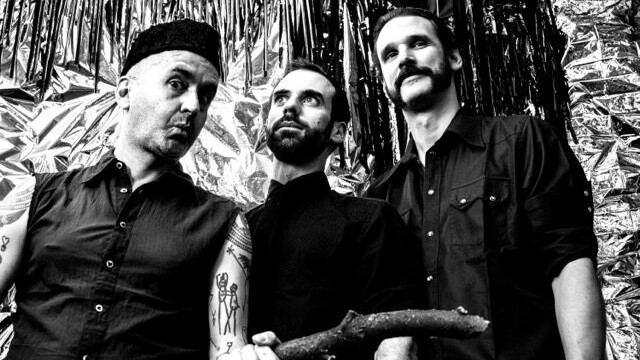 Get Weird with Sudden Infant’s Video for “Hong Kong Nursery”

By Billie HeltonOctober 27, 2018 No Comments

We here at Everything Is Noise have a fun new premiere for you! If you have listened to the new Sudden Infant album, you’ll know it’s pretty weird and all over the place. The experimental industrial/noise rock group released their new album Buddhist Nihilism back in August on Harbinger Sound with positive reviews from critics. “Hong Kong Nursery” is one of the most entertaining songs on the album. The song itself is punctuated by heavy bass and a crisp drum beat at the backbone, with almost post-punk-styled vocals. It is certainly one of the most definitive tracks from the new album.

Sudden Infant wrote “Hong Kong Nursery” in both Berlin and, you guessed it, Hong Kong. The rhythm structure of the song was actually made by two children banging on equipment during a sound check, according to the band. Sudden Infant describe the track as ‘a musical tribute to a mysterious, but pulsating city caught between typhoon storms and flying cockroaches’. The video was created by Marcel Derek Ramsay with footage from a Sudden Infant show at Ancienne Belgique Brussels.

Buddhist Nihilism is out now and available for purchase in vinyl and CD form through Cargo Records. You listen to it on Bandcamp, as well as follow them on Facebook and their official site. Let us know what you think of the video for “Hong Kong Nursery” and Buddhist Nihilism!