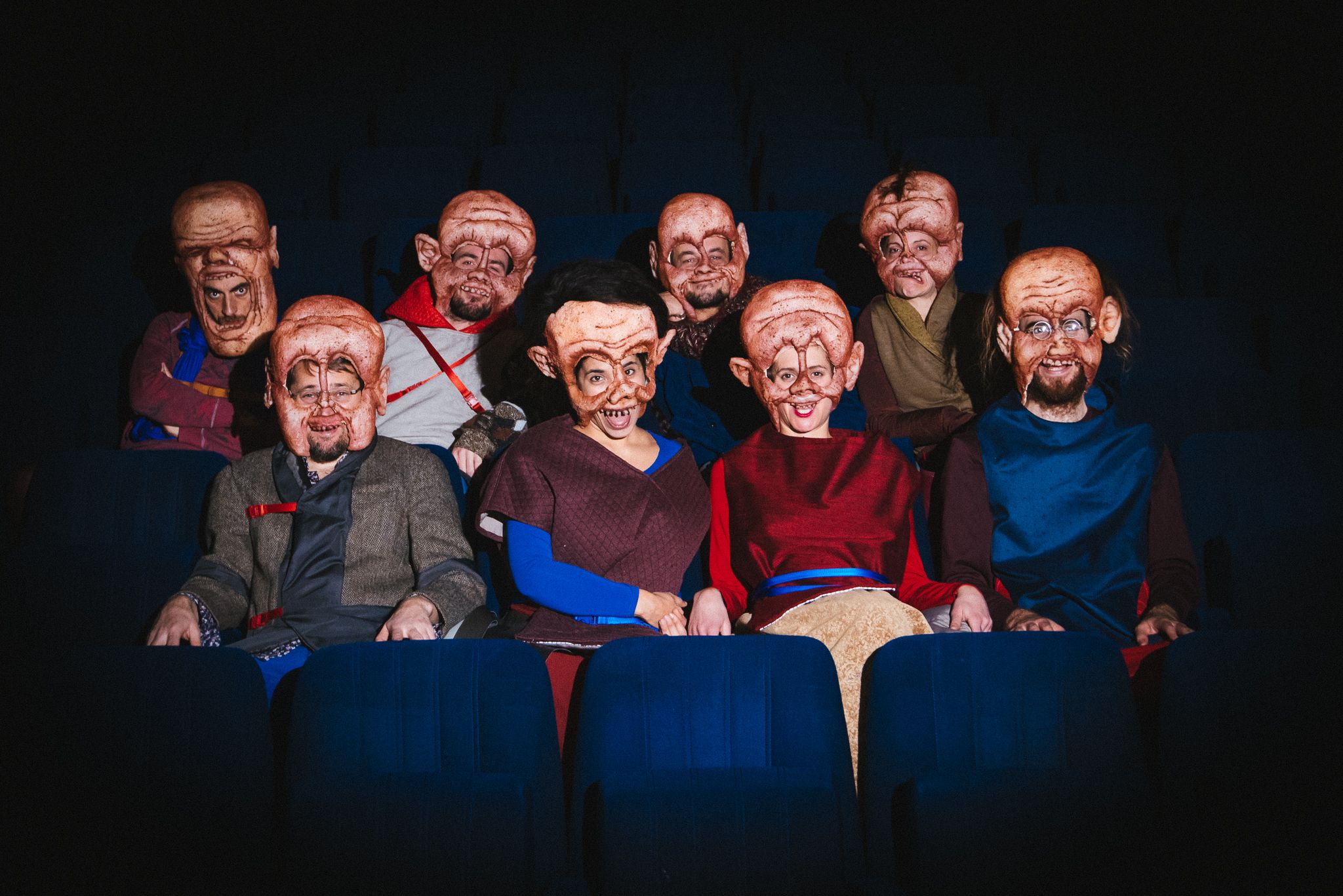 Ever wondered what happens if you put cheese, garlic, an egg, and some salt on a rock and cover them with stones? Honestly, neither had I, but let me warn you – the result is probably not what you expected. And what about the hand that reached out from the forest floor and gave you these things to begin with – what’s the deal with that? Perhaps it has something to do with the mirror tree, or all the strange creatures you keep seeing? French experimental group Le Grand Sbam might not be willing to give us the answers, but the video for their new song “La Trace” sure brings up a lot of questions.

From the very beginning, “La Trace” establishes a strong sense of tension and narrative. There’s something frantic about its repetitive vocals, urgent drumbeat, and sporadic piano interjections, something pressing. The song builds to an almost unbearably tense peak before dissipating almost completely, and leaving us – for the first time – to really focus on what’s happening in the video. Up until this point, all images seemed like loosely linked sections, fragments of a bigger whole. With the music stripping back, we see our main character, a strange, mutated being, inseparably tied to (or perhaps controlled by) the song’s nightmarish piano and percussion stabs. The song’s previous drive is turned into something more subtle, yet more threatening: eerie vocal phrases interspersed with skeletal noises.

Both the song and the video are exhilarating in their disjointedness. They make sense – if you can call it that – together, they seem closely connected in theme and style, yet each one is jerky, splintered. Both have a direct sense of focus, performed with almost ritualistic precision, each movement, every shattering piano note, every agitated bass run deliberate, conscious, and skilfully placed. The more the video progresses, the harder it becomes to separate it from the music. The two seem fused, entangled, in a confusing, yet highly effective way.

Something about “La Trace” feels so mystical, so sophisticated, yet somehow so feral. Le Grand Sbam themselves summarise their music the best, describing it as ‘nourished by contrast, developing a furious madness charged with symbols and poetry’. Their new album, Furvent, will release on December 11 through Dur et Doux. Until then, check out the other singles through Le Grand Sbam’s Bandcamp account, or get an insight into their shenanigans on their Facebook page.