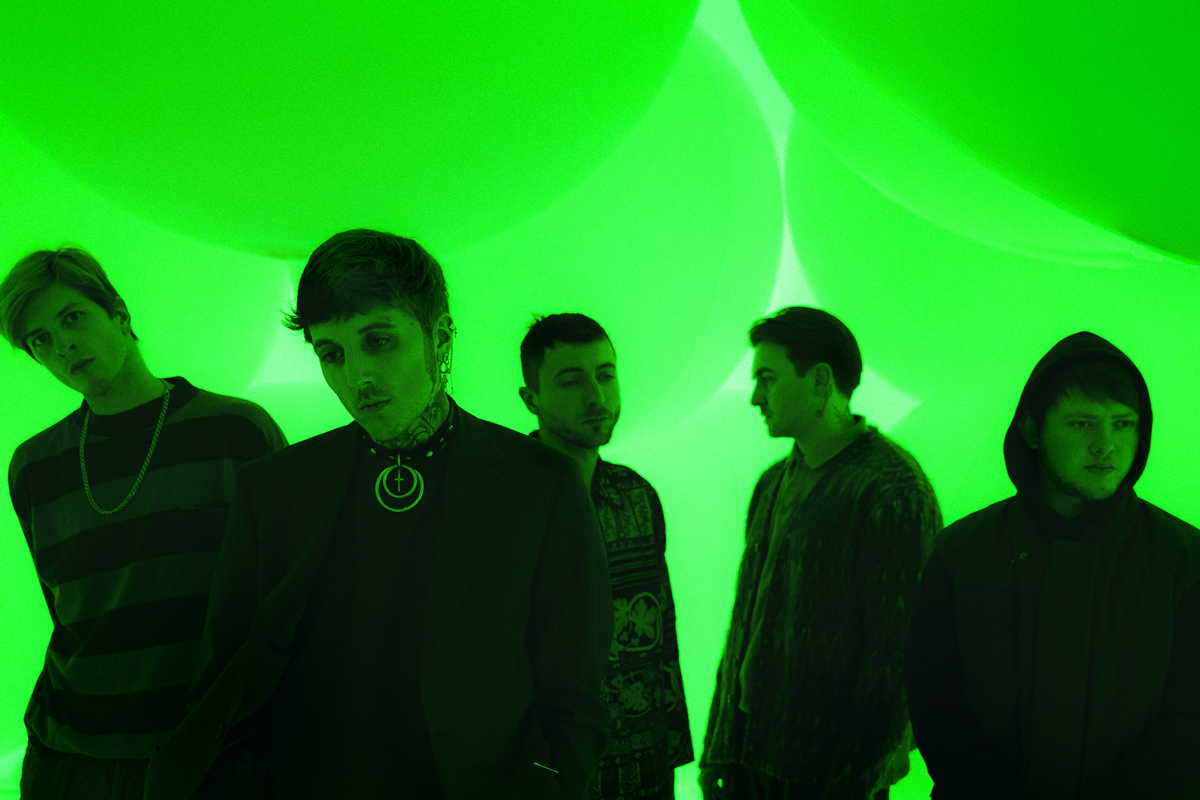 By Nick GoslingNovember 26, 2020 No Comments

POST HUMAN: SURVIVAL HORROR is a fun addition to the Bring Me The Horizon oeuvre which is unapologetic in its vibrance, and all the better for it.

As one of the leading proponents of the prevailing pop-rock-meets-early-2000s nostalgiacore, Bring Me The Horizon‘s stock has risen considerably over the past few years. As a teenager hailing from the same city, I recall vividly the collective adoration my peers and I shared for this group of boisterous upstarts in their fun, yet undeniably trashy, early days. It’s true that this adolescent hometown pride was but a thin veil across the disdain with which Bring Me were routinely treated by several corners of the metal world, yet that wouldn’t stop them.

As one of the key elements in their relative early success, frontman Oli Sykes’ tight jeans and pouting visage adorned many a teenager’s bedroom wall, yet his brash persona and lack of technical ability rubbed many the wrong way, and I myself can hardly deny that their early brand of faux-angst metalcore was indeed somewhat mediocre. How unlikely then, that this very same band would grow to become such a gargantuan commercial force in modern British music, and one that is actually rather good.

The band’s trajectory from 2010’s There Is a Hell… has overseen their evolution into a genre-blending, chart-topping monster, with last year’s amo the epitomy of their modern cyber-pop embrace. I, for one, adored amo, and much of this is due, in no small part, to keyboardist and producer Jordan Fish, whose work has become the focal point of their current aesthetic. And so, POST HUMAN: SURVIVAL HORROR continues the keen, crystalline take on pop and metalcore that the band have been carefully honing for the past decade.

With that in mind, it’s fair to say that POST HUMAN is a relatively safe continuation of their recent output, especially compared to last year’s more polarising Music to listen To…, but it’s nevertheless an exciting blend of styles that errs on the side of mainstream appeal. Just like amo, much of this release’s quality comes in the form of sharp production, witty pop-centric songwriting, and some inspired featured artists. It’s a record that coolly traverses waves of nu-metal, electronica, and hip-hop, and does so with an accomplished consistency.

Straight off the bat, “Dear Diary,” is one of the heaviest tracks in the band’s recent memory. By no means a fully fledged return to their harsher early days, but it’s not one you’re likely to hear on Radio 1 anytime soon either. It’s actually surprising that the record as a whole sees the band retain their latent metallic qualities. Despite their gradually receding abrasiveness over the past decade, this is arguably more of a metal record than amo was, and it’s perhaps a tongue-in-cheek reference to the overriding criticism of a band that are frequently derided for not being metal enough. As a self-professed explorer of the deepest recesses of what heavy music has to offer, I cannot deny that the band are absolutely a credible force, and this is a record that proves it.

The balance between Fish’s electropop sensibilities and anthemic modern metalcore is expertly intertwined in a way that electronicore has tried and failed to do for the last two decades. It’s impossible to appease both corners of the band’s historic spectrum, but this record does one of the finest jobs of finding a middle ground, and indeed brings in a new group of listeners that probably wouldn’t have given them a moment’s notice some years ago. Add to that the invigorating presence of artists like Nova Twins and BABYMETAL, which only proves the breadth of their appeal and the agility with which they can adapt.

Just like Linkin Park 20 years before them, BMTH have become poster boys of mainstream flirtation in the metal world. Whether you care for their success and means of achieving it are almost irrelevant; there is no denying that the Sheffield quintet have prevailed where countless others have bombed. It’s fairly obvious that the aforementioned nu-metal legends and their contemporaries are a hugely influential entity with regards to Bring Me‘s modern output, especially on tracks like “Teardrops” and “Obey”. They are of an age that allows them to recall the height of millenium alt-metal through rose-tinted glasses, splicing the industrial rave tendencies and brick-wall guitars with fresh energy and updated production – particularly on the latter, which features an appropriately animated YUNGBLUD.

BABYMETAL‘s feature on “Kingslayer” proves to be an inspired decision for a band that has a knack for hitting veins of catchy gold. As two artists with similarly divergent approaches to metal music, the track embraces their respective qualities as though they were twins separated at birth. What could so easily have been a throwaway feature to take advantage of BABYMETAL‘s incalculable popularity is instead a brilliant coming-together of Bring Me‘s metalcore authenticity and the Japanese duo’s undeniable charm. Truthfully, there is not a dull moment across POST HUMAN. At half an hour in length, the record covers a remarkable amount of ground and forms a consistent identity that is both widespread in its appeal, and undeniably their own.

Sykes’ vocals have become a revelation for the band. Once a source of widespread ridicule, his witty lyricism and authentic technical prowess are perhaps the unlikeliest of assets in a band that continues to cross the paths of genuine pop idols. Who could possibly have predicted that Sykes would be performing a haunting duet with Amy Lee in 2020? Not I, that’s for sure. His palette has grown considerably, to the point at which he weaves tastefully between raspy barks, sugary harmonic passages, and even rhythmic flows through the record’s hip-hop-influenced phases. Again, it’s clearly a result of a remarkably instinctual collaboration between Sykes and Fish, whose respective contributions are immaculate reflections of each other.

In the grander scheme of things, they are hardly a band one can consider particularly dangerous, and truthfully it’s tracks like “Obey” and “Teardrops” – which are comparatively straight and bear a greater mainstream appeal – that will rack up streams in the hundreds of millions. The choruses are typically anthemic and I won’t deny that their hooks circulated my mind long after my first listen, but they do stick to a certain formula designed to accrue a wider listenership. As a band at this level, it pays to be catchy, and they’ve more than proven their arena rock credentials on this release. It’s also unfair to suggest that this facet of their identity comes at the expense of their more eclectic flavours. amo gave us an insight into the many avenues that this band wander, and POST HUMAN suggests they will continue to wander for the foreseeable future.

Thankfully, they are a band that seem to look ever-outwards in their pool of resources. I enjoyed this record for what it exuberantly is – exceptional fun. It’s difficult to criticise this release in any real capacity when it succeeds in all of its aims. Bring Me The Horizon will probably always be one of this generation’s most polarising bands, so perhaps it’s only fair to applaud them for succeeding when so many would wish them to fail, especially when they’ve done it on their own terms. Regardless of reception, POST HUMAN: SURVIVAL HORROR is undoubtedly a compelling example of a band that have cracked an exciting formula and surely cemented their place at the front of the pack for years to come.