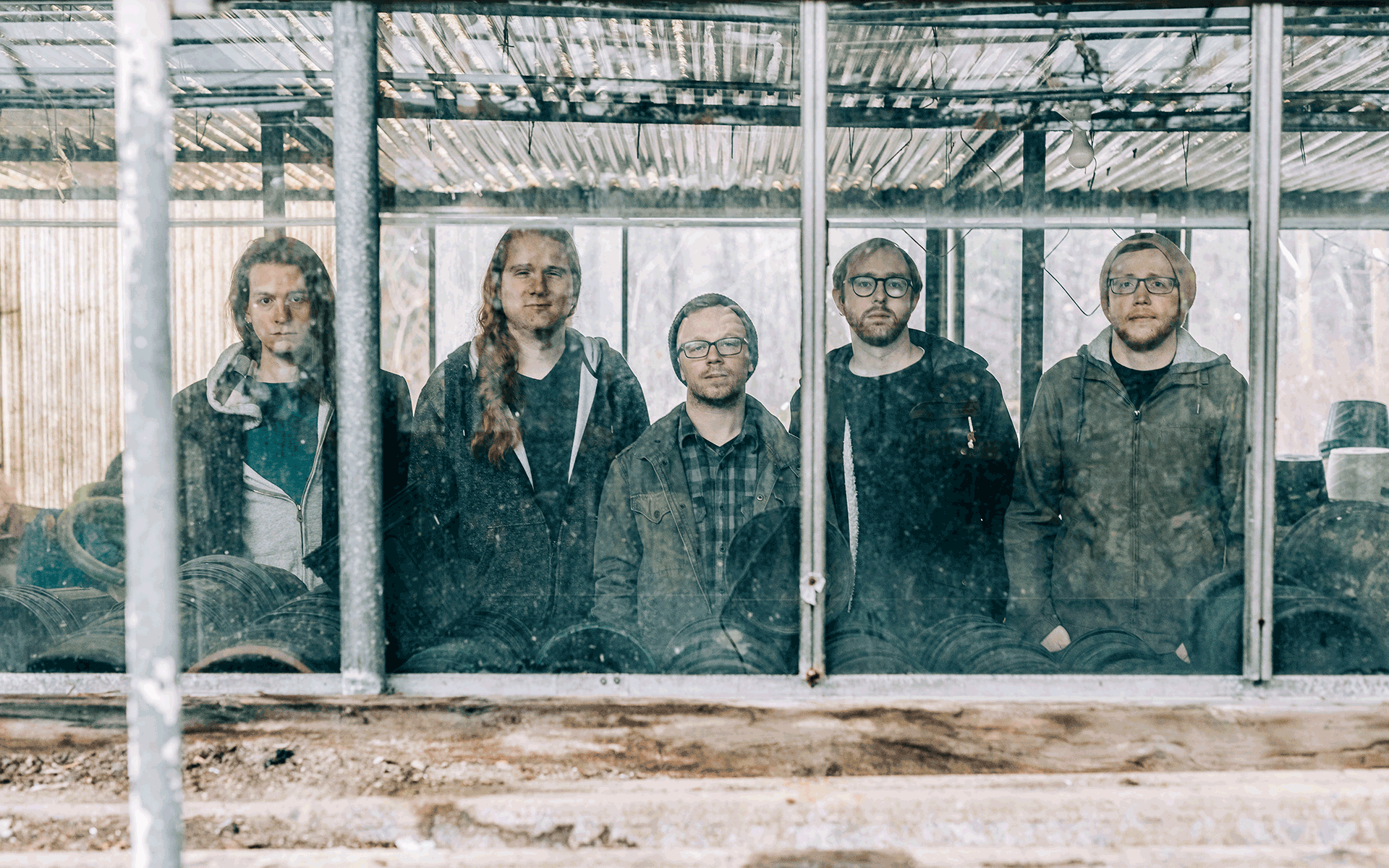 Frame and Mantle Drift By in “Mind Clouds” for New Track

By David RodriguezSeptember 4, 2019 No Comments

Frame and Mantle are a post-emo/indie rock band from Pittsburgh that aim to write music that stands the test of time. They’re setting free their debut album – it’s called Lost Under Nighttime Sky and it comes out on September 13. Soon! After you hear this track, you’ll likely be glad you won’t have to wait long to hear the rest. Today, we have the distinct honor of helping premiere the quintet’s latest single, “Mind Clouds”.

One thing to note for me off the jump is how well they captured the timeless quality with their brand of post-emo. This is music that is reminiscent of high school favorites throughout my circle of friends 15 years ago, it’s ever relevant now in these trying times where we seek to pry the beauty out of the little things, and I imagine it will stay just as relevant as we likely descend further into a harrowing future where we must cling to shards of hope that could be – and are – found in the music of Frame and Mantle. It’s a short, wonderful, evocative track, so why don’t you take a listen and meet me on the other side, hmm?

Although this album was built specifically around personal experiences with mental health and remaining steadfast and hopeful when faced with that adversity, it could, feasibly, be applied to whatever issues plagues your own life. Emo and post-hardcore have always had a painfully personal touch, so it’s no surprise that a band looking to fortify their place in that scene would look to up the ante in that regard. Here’s some important context, with a very light content warning for mention of suicide:

‘On Lost Under Nighttime Sky, the band acknowledges the often too-relatable sensation of being adrift without a destination in sight, but reminds us that when we take the time to stare into the depths of the darkness that’s often when the universe reveals the most stunning and rewarding vistas. Dealing with topics such as self-sabotage, regret, longing and losing heart, and facing harsh realities like suicide and the crushing weight of a future that seems to grow dimmer by the day, Frame and Mantle pull no punches with their listeners and offer no easy answers. But what they do present is the opportunity to revel in the one thing that connects us through the most trying of times.‘

This goes far beyond ‘look on the bright side’ rhetoric that is often hurled in the direction of people with problems which that sort of armchair psychology can’t even hope to rend. Really, Frame and Mantle are indicative of how my generation is all about handling issues of mental health: honestly. Sometimes – very often, rather – there are no easy answers, because there isn’t any. Yet, our issues persist, and our environment doesn’t foster a healing and supportive cradle that we may need to feel better. You know what can help though? Others going through the same stuff. Music and art to relate to, to know that you’re not alone, and that you are more than your mental health.

When I hear “Mind Clouds”, I find my own mind wandering as if floating through clouds. The light guitar passages are punchy, yet twinkly like the Ursa Major constellation referenced within the lyrics, vocals are raw and feel like they’re speaking right to you, and the whole thing smacks of a type of realism that’s unfounded in a lot of music like it. After all, don’t we all have a night we will always remember?

Lost Under Nighttime Sky promises to be a layered, effective, and ultimately triumphant piece of music that won’t sugar coat things. It also seeks to be a highly relatable album with the chief lyricist Connor, themself a non-binary person, even opting not to inundate the words with gender references so anyone can see themselves in their stories. It’s a small, yet very considerate move that shows Frame and Mantle are serious about remaining timeless in their art. Plus, they also apparently have a song on the album called “Featherweight” which is partially about Link and Marin from The Legend of Zelda: Link’s Awakening which is a timeless game so, you know, you had me there, y’all.

Thanks a lot to Frame and Mantle for entrusting us with the premiere of their newest track. Please, go give them a follow on Facebook, Twitter, and Instagram. You can check out their Bandcamp to listen to two other singles from Lost Under Nighttime Sky and support the band with a pre-order. Note the awesome transparent purple vinyl option!