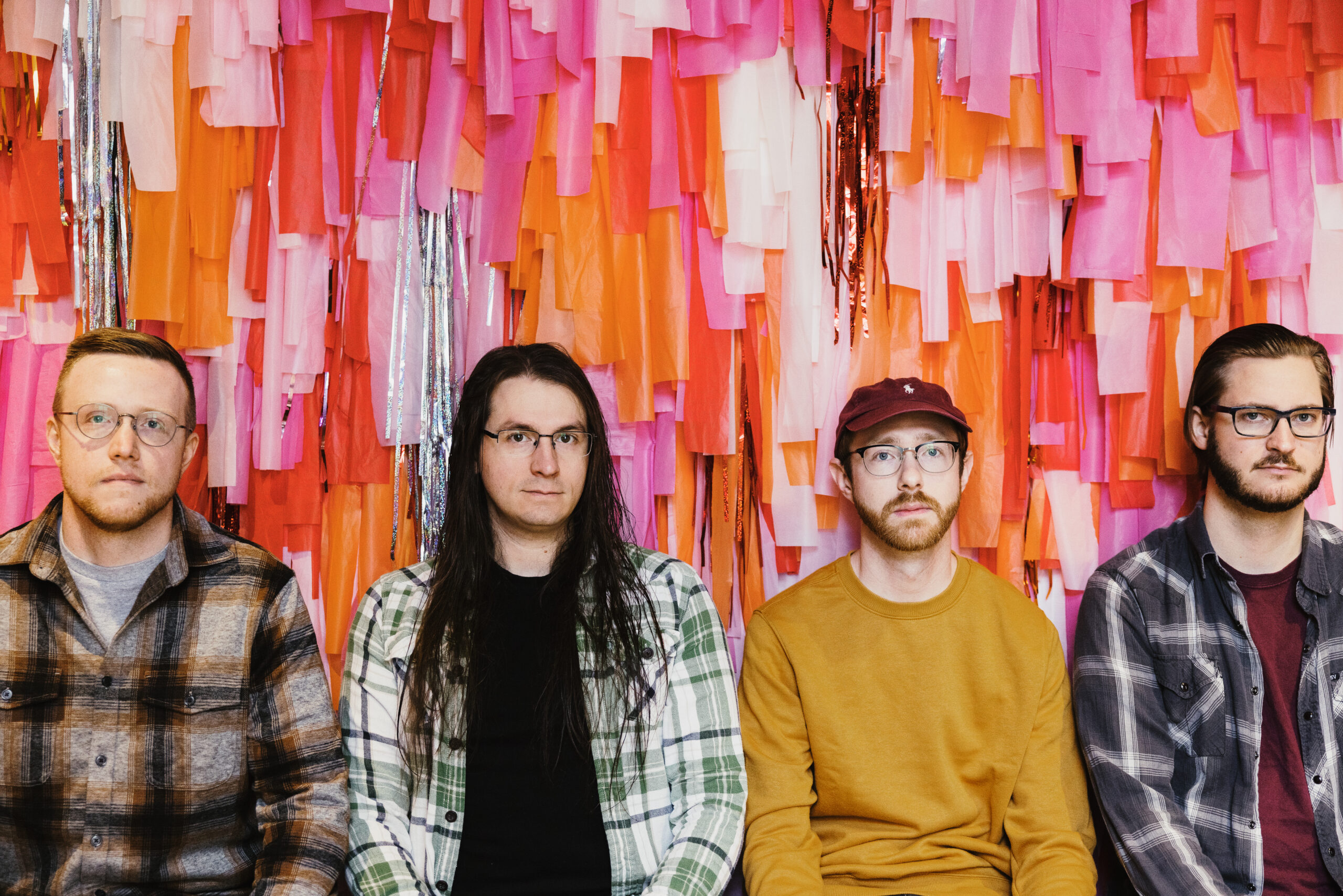 By David RodriguezJanuary 23, 2023 No Comments

It’s always cool as hell when bands choose to work with us a second time. First time, sure, they hear about us and how we don’t charge for premieres (charging for that is wild to me, but hustle on I guess) and maybe how our work stands out among the rest. Second time though? Well, that’s just sweet – it shows a mutual appreciation for each other’s work and a chance to reconnect after some time. Such is the case with Frame and Mantle, an indie/post-emo rock band from Pittsburgh I had the pleasure of covering back in September of 2019, which may as well be 14 years away from now.

Last time, we were helping show off a single from their debut album, Lost Under Nighttime Sky. Today, we’re premiering the lone single off their latest EP, Above A Burning World, which is slated for a February 17 independent release. The track is called “Space Forest”, and it’s a wondrous little romp, though not without its thematic concerns. It should be noted this is the single version of the track with the EP housing a version with an extended ending, which should coalesce with the rest of the EP’s contents. Today though, enjoy a taste of what’s to come:

The core of what initially attracted to me to Frame and Mantle is still here, but built upon. There’s a sunny tone to everything, the likes of which trigger your hair to stand up tall like the trees of this proverbial forest. The single’s cover art with vibrant yellows and reddish-oranges captures the particular mood – transitional like the bright period between dusk and dawn, or vice versa. Guitars command the most attention overall with their profound sense of melody, but I’m sure the horns will stand out the most especially for our more elderly emo pals accustomed to the likes of american football. Each element expertly placed – not too long to conjure an annoyance, not too short to feel teased. The extends from the light atmosphere built at the intro, to the soaring hook, to the no-frills yet sweet ending (again, this is a shorter single version).

It’s not as hopeful as things were in the past though – in fact, thematically speaking, it’s a darker foil to Lost Under Nighttime Sky‘s air of positivity which… I mean, yeah, if anything could turn someone’s hope and expectation for good into a more cynical form, it would definitely be the last few years. It’s far from dejected though, more contemplative and realistic, resplendent with the knowledge of life’s rigorous sting and the understanding that we’re not to succeed without changing the way things are – personally and societally. It’s an acknowledgment of reality. The lyrics clue us into the mindset that Above A Burning World is perhaps faced with:

‘Cave in, despite the sturdy framework
Clock in, only to make my brain hurt
Check out, can’t do the things I want to
Self doubt, can’t be the me I used to be

With time invested in the band, the members just sound and feel more confident, and maybe that’s because this music is coming straight from the heart now, or at least more so. You don’t write something like this for the fun of it, because it’s not fun; it’s consuming weight, just like the song references. Sonically, the catchiness almost betrays the personal collapse on display, but this is a strength – a Trojan horse of keen musicianship that bursts open when behind the bulwark of your emotional walls to the relation and realization that, yeah, maybe you’re not doing terribly well right now either, and that’s okay. There’s no answers to be found in “Space Forest”, but it comforts in the sense that it can make you feel heard, even if you’ve yet to voice your feelings yourself. Sometimes that’s more important than any solution is.

At only three tracks, Above A Burning World promises to be a short yet sincere take on where Frame and Mantle are at these days, a reflection of so many of our own lives grafted to the tune of melodic rock that doesn’t shy away from what it needs to be to convey emotion and truth in the face of a burning world. How about that? Good title, y’all.

Support Frame and Mantle by giving them a like and/or follow on Facebook, Instagram, and Twitter. Bandcamp is where you can find their work, past and future, and if you’re a Spotify user, why not pre-save this new single on there? It officially drops on Wednesday, January 25, so you won’t have to wait long to inject it into the playlists that keep you doing your best on this mortal coil. Big thank you to the band for entrusting us with yet another premiere of theirs. Real recognize real.