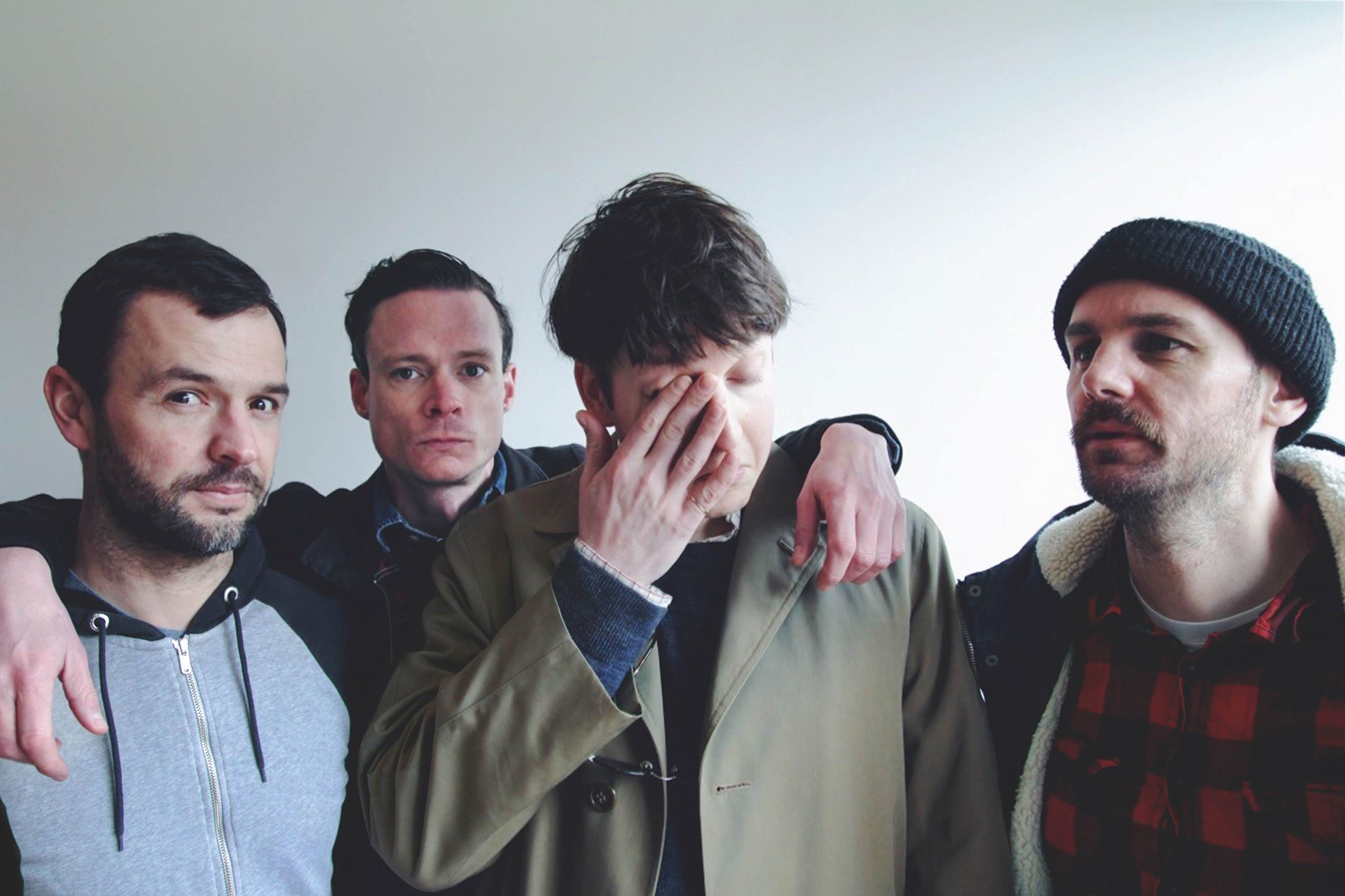 By Dominik BöhmerDecember 10, 2018 No Comments

Have you ever wondered what would happen if the love child of David Bowie and Iggy Pop was raised exclusively on dreary post-punk and subsequently transported into the 90s to front a noisy garage band? You didn’t? Might be only me then. In any case, that’s kinda what you’re getting yourself into with today’s premiere. French noise/post-punk group Dewaere from Saint-Brieuc (a town of around 45.000 inhabitants located in Northern Brittany) emulate the cold, cutting 80s post-punk sound filtered through the noise-fuelled antics Amphetamine Reptile Records put out in the 90s. Add an extremely charismatic vocalist to the mix (Maxwell Farrington audibly thrives in his position behind the mic), and you’ve got one hell of a début record!

The other three members of Dewaere – guitarist Julien Henry, bassist Marc Aumont, and drummer Hugues Le Corre – certainly are no slouches either, which is a big part of why the explosive, pull-no-punches mentality of Slot Logic is so infectious and compelling throughout its ten tracks. We couldn’t be more proud to assist this talented young group in getting their first full-length (out on December 14 via Bigoût Records and Phantom Records) out to the masses, and I’m fairly certain that you won’t regret giving it a go as well. That being said, the table is set – have at it below!

In case the above descriptions weren’t enough to whet your appetite, allow me to go into detail a bit. Opening track “Get Down” gives you a good first glance at what you can expect from Slot Logic. Slicing post-punk guitars, prancing, swaggering vocal lines, and a deftly supporting rhythm group mark the verses, but its the song’s chorus when no stone is left standing. Half-screamed, half-sung by Farrington atop of manic, overdriven riffs and a pounding groove, it’s overwhelmingly energetic, and one of the most rousing musical moments of the year. In complete contrast to this frenzied pace, “October” is an ominous six-minute crawl though droning atmospheres, replete with underlying tones of despair and aggression. Diversity in spite of limitation is an impressive feat to pull off, and Dewaere sure get a lot of mileage out of the narrow set of elements they built their music around!

If you’re like me and enjoyed what you heard immensely, do be a dear and head over to Dewaere‘s Facebook page to leave them a like, or even better, pre-order Slot Logic on Bandcamp! These four gentlemen deserve your unmitigated attention, and I’m sure they have a bright future ahead of them if they’re willing and able to further hone their exciting sound. Many thanks to Dewaere, Phantom Records, and the fine people over at Creative Eclipse PR for making this premiere possible.