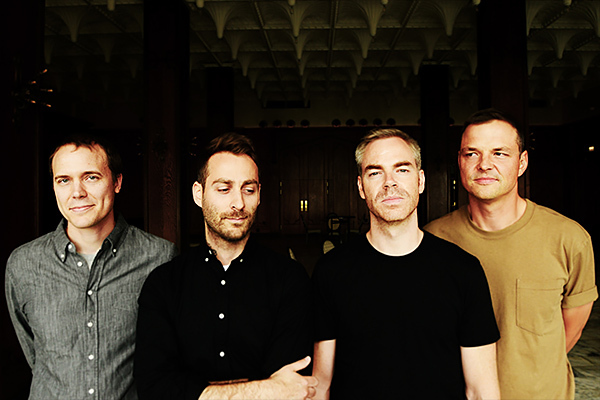 By Billie HeltonDecember 11, 2018 No Comments

American Football have been very active over the last couple of years, bringing reassurance to fans that they won’t take another fifteen-year hiatus anytime soon. The band released their debut American Football in 1999, and it was another 17 years before finally American Football (LP 2) was released in 2016. Since then, they played on a couple of tours before announcing their new album, American Football (LP3). This announcement comes with the release of a stunning single called “Silhouettes”, which is a pensive seven minute-long track.

The song’s build-up is slow, as are the long-sustained melodies. Most of it is backed by a consistently low bass tone and drum rhythm. The guitars are equally slow, and echo with a slight reverb, reaffirming the sound American Football have established over their last two albums. Going from LP 1 to LP 2, the band has leaned more into their indie side than the slightly mathy riffs they experimented with on their first album. “Silhouettes” seems to bring even more maturity to the table, taking it slow across its length for a refined offering.

This new track really is a beauty, and I’ll be listening to it in earnest a lot more before the album’s release. You can stream “Silhouettes” for yourselves right now through Bandcamp or Spotify. Or, you know, through the Youtube video embedded above. Your choice, really.

American Football (LP3) will be out on March 22 via Polyvinyl Records. Pre-orders for the album are live, with a number of digital and physical variants available, including an absolutely gorgeous vinyl print. You can follow American Football on Facebook and Twitter, or go to their official website for more info.