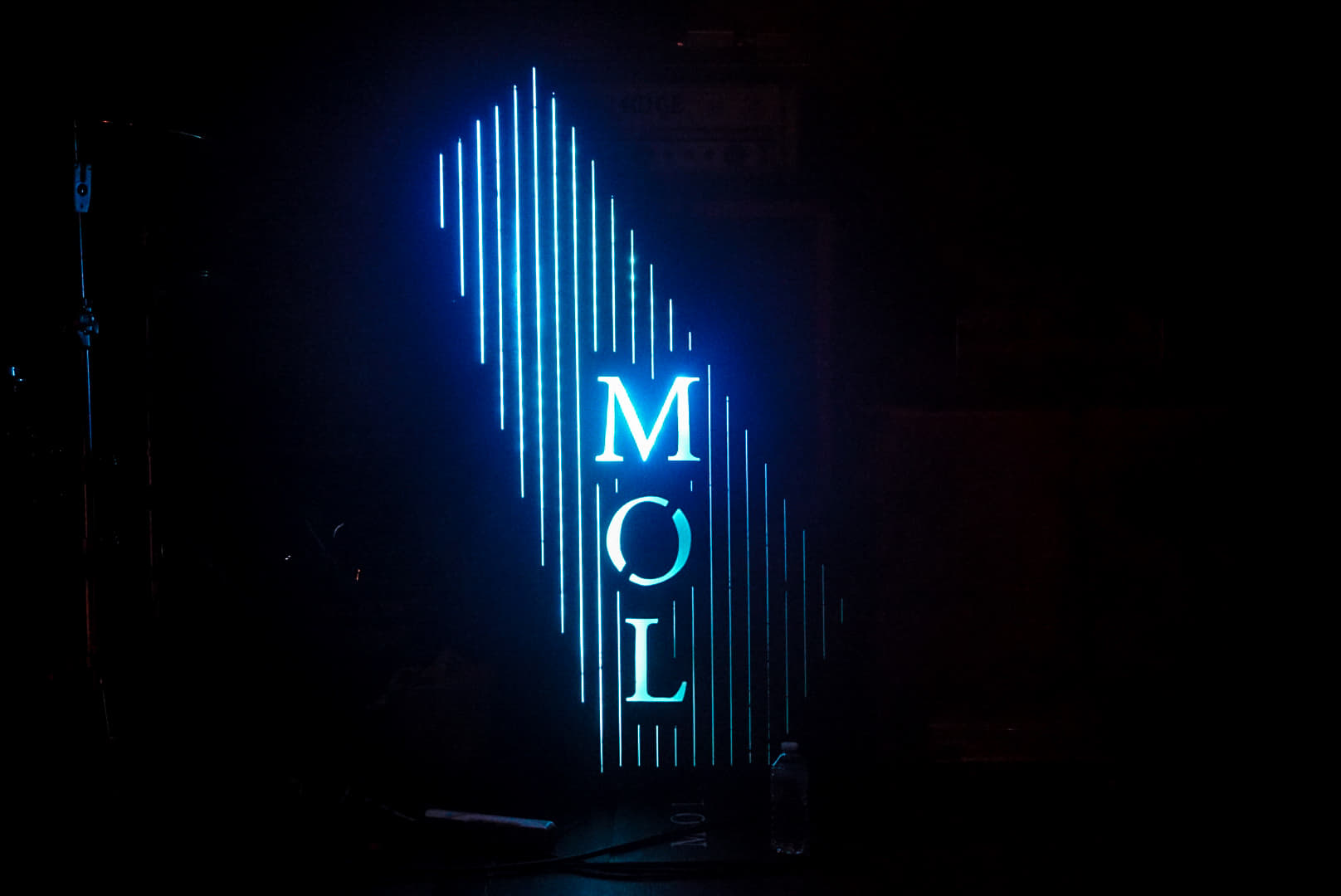 How We Found Our Sound: An Interview with MØL

By Rodney FuchsDecember 14, 2018 No Comments

Just how exactly does a genre arise? That question has been pondered many times over throughout the years. When thinking about blackgaze music it’s kinda obvious, at least when you look at the term in its literal sense. You take some elements of black metal music and mash them together with aspects of shoegazing, and the result is bands like Deafheaven, Alcest, or Agalloch. Danish up-and-coming blackgaze outfit MØL joined the genre’s ranks with the release of their début record Jord back in April. We got to talk to them on their latest European tour with fellow blackgazers Ghost Bath, and talked about the records that influenced them the most.

‘Alcest‘s first record is what got me into post-black metal and the heavier style of music in general‘, says Nicolai, guitarist of MØL. ‘I come from shoegaze and alternative rock music, and Alcest really brought me over to heavy music. Speaking of shoegazey music, I was very much influenced by My Bloody Valentine‘s Loveless and of course Souvlaki by Slowdive.‘

As drummer Ken explains, Dimmu Borgir‘s was the very first heavy music he got in touch with:’I was wondering what this double pedal stuff, blast beats, and shrieky vocals was. I think, except for Frederik the other guys don’t like it that much, but those cheap keyboards and the whole soundscape intrigued me.‘ As he goes on, he states that he hasn’t listened to shoegaze before until he started another band with Nicolai and got introduced to Ride: ‘They really had an influence on my drumming and changed my point of view. I know realized how you could play drums for a song and change the beat always while keeping it super steady.‘

It doesn’t surprise me that MØL also name fellow Danish band here, as Nicolai comes up with Copenhagen-based band Mew. ‘There are musical phrases in the melody of the instruments and it’s still heavy. Some of our early stuff sounded kinda Mew-ish, while we tried to get some blast beats over it, haha.‘ Anyway, Mew is frequently named as one of the influences that got the band into the dreamier side of music. In direct comparison, Mew are known for their synth-pop aspects, which is something MØL never wanted to use much ‘because it is so easy‘, as Nicolai explains it. ‘With shoegaze you have this big pedal boards and can do anything with them. Someone like Kevin Shields pushes it all through the guitar and his pedals. It’s really inspiring. All things that inspire you to use the guitar in another way, for more atmospheric stuff and to see which sounds you can get out of it!‘

Kim Song, who comes from a death metal and hardcore background, also has one record that really influenced him for the vocals he uses in MØL. It’s Benea Reach‘s 2008 record Alleviat. ‘The way Ilkka uses his voice and screams notes is incredible. He uses his vocals like a part of the instrumentation and orchestration. In hardcore or death metal it’s about relying on hooks. I really like the way on using your voice, so it benefits the music as a whole and doesn’t take the focus off from what’s actually going on.‘ This is something that particularly helped Kim in the writing process of Jord: ‘I like that it’s not something that is written on top of it all, but something that is a part right in the middle.‘

As I ask for records that might be influential for the band’s future, they instantly name Alcest‘s Kodama, as well as the Twin Peaks soundtrack, written by Angelo Badalamenti. “Storm“, the opener for Jord, is actually an homage to him, as Kim explains. Another two records from 2018 that have been on massive rotation in the MØL camp are Conjurer‘s Mire and Rolo Tomassi‘s Time Will Die And Love Will Bury It. Both bands are on the same record label as MØL.

That being said, Holy Roar definitely know their craft, only putting out good records this year, which is something that the band really honors: ‘They really pick and choose for a very high standard. Some other labels just take things to release something, but Holy Roar really do their research‘, Nicolai says. This very same high standard is something that puts MØL under pressure, as they keep joking around:’I hope we’re just doing the same thing with experimenting and not having any barriers to make a new record. As long as we do enjoy it, it’s cool. Playfulness is very important, we just take whatever we feel like.‘

Are you already following the band on Facebook? If not, what are you waiting for? Go for it!