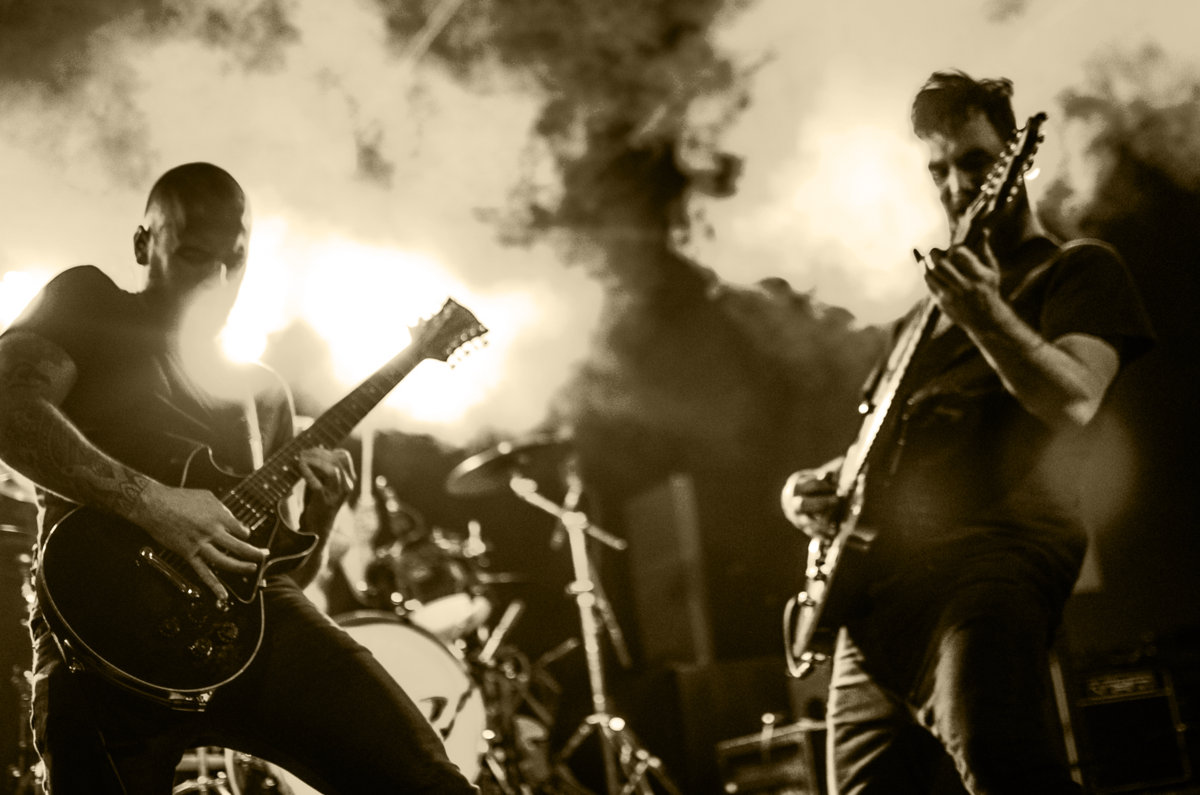 The day has finally been and gone – the wait for DVNE‘s new album is over, and we are all able to bask in the prog-metal fury that is Etemen Ænka. DVNE are an UK based progressive-doom band I’ve been meaning to interview for years, ever since I fell in love with their critically acclaimed sophomore album Asheran, but the fates seemed to conspire against us at each opportunity. The day before Etemen Ænka released, I finally managed to catch up with Victor Vicart and Dan Barter for a great conversation on everything DVNE.

It was an awesome chat, moving through the origins of the band’s name, their love of sci-fi novels and how it intertwines within their music, not to mention touring and their record deal with Metal Blade. Needless to say, we’re certain this will be an exciting album cycle for not only the band but the fans as well. Even better is that DVNE are looking to grow their brand and their sound as the years move forward, so expect to hear even more from them in the coming years.

You can watch the full video interview below on our YouTube, and in case you missed it, you can also read the rather mixed, yet insightful conversational review Rob and I released for Etemen Ænka here.