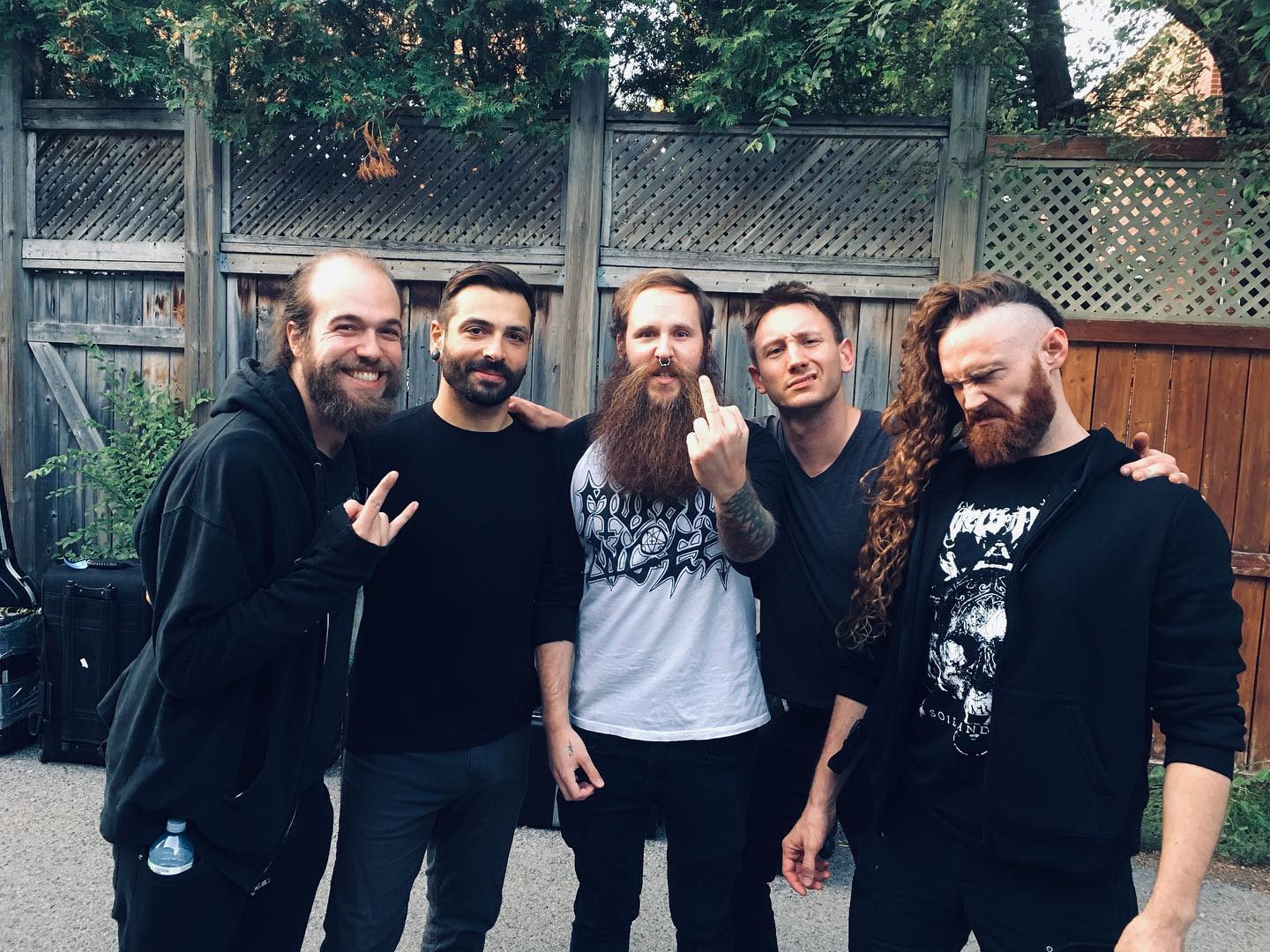 Getting to interview top quality metal acts like Black Crown Initiate is a opportunity nobody should turn down, so I hauled my ass to London for the second time in one day to get to see them play live and get to know the band. I met with James Dorton and Andy Thomas after their set to discuss a host of new topics, as the band had been fairly quiet since their previous album in 2016. Rest assured, their set was not quiet in the slightest, with the Pennsylvania-based metalheads unleashing a furious set upon London town. They were in the UK supporting Rivers Of Nihil on their European tour, playing after Møl and Orbit Culture.

For the observant amongst you, you will have spotted that Black Crown Initiate dropped a tasty new single on us as the tour started, giving fans plenty of time to learn the lyrics and movements in time for the show. The new song “Years in Frigid Light” is yet another impressive landmark for the band, somehow adding more complexity to their music, whilst still giving it room to slap. The dissonant guitar layers that encompass the gruesome vocals are only usurped by the insatiable drumming from new addition to the band Samuel Santiago. However, as you’ll hear in the interview, this is simply to wet our beaks and to mark their signing to Century Records.

So let’s get down to it! Time was tight with Rivers due to go on minutes after we started the interview, but we managed to squeeze it in! Keep an eye on their socials (listed below) for news about the record, and any other potential tour dates they might add!