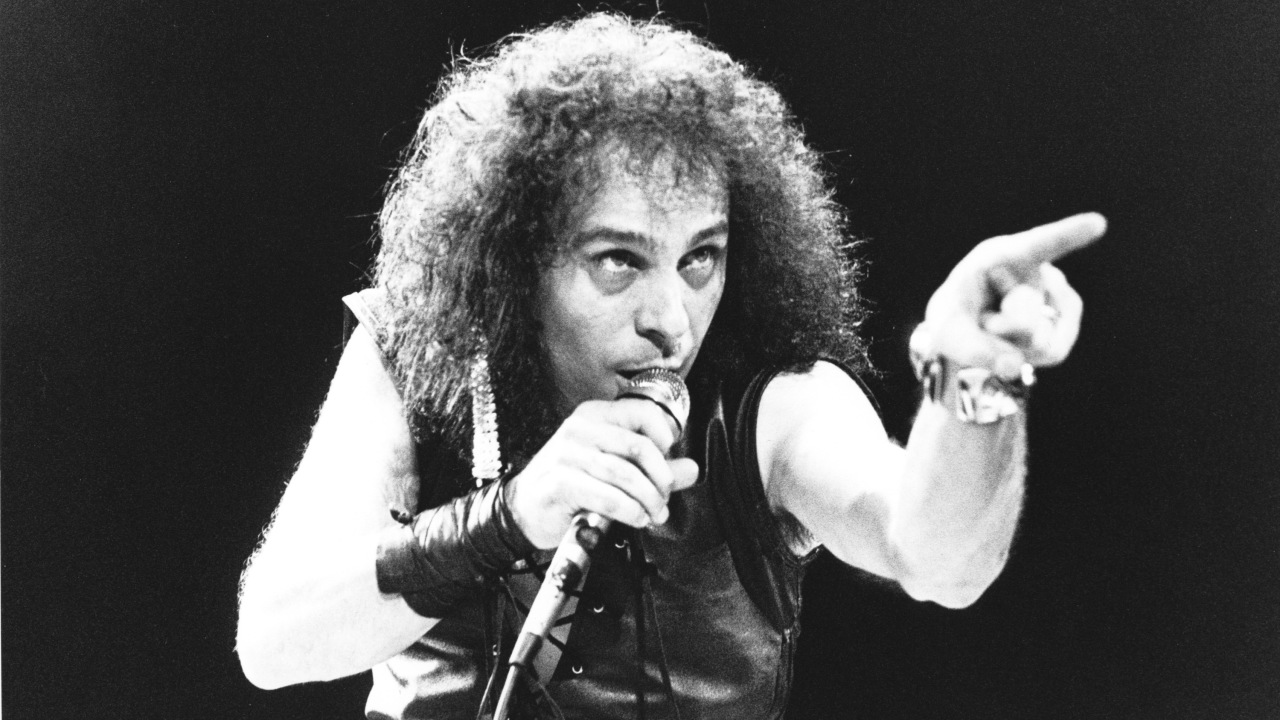 Author’s Note: This article is dedicated to my father, the one who opened my eyes to a world of music that I would have never seen, and shaped the kind of things I would listen to for decades to come.

Gazing across the annals of rock and roll history, we can see a number of bands and musicians that dominate the sonic landscape in not just direct influence, but in what is considered salient or popular. Just take a moment to think about all the classic bands that you heard about as you grew up. I’m sure the likes of Led Zeppelin, Pink Floyd, and early Ozzy-era Black Sabbath all spring to mind, along with any flavor of late seventies/early eighties fanfare that get exhaustively played on aged radio stations. But there is one family tree that sees much less limelight than it used to, with roots paling shades of purple, black, white, and all colors of the rainbow, reaching deep into the core of what shaped the music that would follow.

Our journey starts in a world of religion and mythology, with one late storyteller and his love of fantasy imagery. While Ronnie James Dio had a number of early projects (such as Ronnie & The Rumblers and Ronnie Dio and the Prophets), it would be his lineup with Elf – Previous iterations known as The Electric Elves and The Elves – that began a more lengthy career in earnest. His operatic style has become iconic in its own right, paving the way for the Dickinsons and Halfords of the world. After three albums and numerous tours as an opener for a more prominent musical act (see below), his ability and range would incite a collaborative effort that would change the musical landscape as we knew it.

Lets wind back a few years to one of the pioneers of hard rock, metal, and prog. What you might not know, is that before they were known as Deep Purple, they went by the name of Roundabout. With a history as long and winding as a dozen other bands collectively, and with enough line-up changes to full up just as many groups, it’s apt to say that their success was earned through not but their ability and the music they created. It’s important to note that this group is responsible for more than just writing the first song most people learn on guitar, having an extensive catalogue that rivals those mentioned in the first paragraph in both quality, scope, and perpetuated influence.

It was the original guitarist of Purple that noticed Elf and the vocal abilities of their frontman as they became a regular installment opening for the former group. Ritchie Blackmore, discontent with the creative direction his band was taking, decided to move forward with a new project and asked the vocalist to join him in his venture. This tenure would birth Ritchie Blackmore’s Rainbow, Rising, and Long Live Rock ‘n’ Roll; three albums where songwriting and technical ability flourished in song after quality song. “Man on the Silver Mountain”, “Catch The Rainbow”, “Stargazer”, “Kill the King”, Gates of Babylon”, the lost goes on and on.

As of the writing of this article Rainbow still tours, though the era that would define the band would only last a few short years, as Blackmore shifted – much to the ire of Dio – away from a “sword and sorcery” theme, pushing the singer to depart from the group. This era of early Purple and Rainbow crafted much of the technical meanderings, and focus on musicianship that we see in modern progressive and even metal music. This is, however, not where the story ends.

If there is one thing Deep Purple is known for by diehard fans, it’s the ever changing nature of their line-up, having several ‘marks’ to note each combination of members. While some are more prominent than others (Jon Lord and Ian Paice being some of the more consistent over the years), there were a host of others that slipped in ad out over the course of the bands tenure. Ian Gillan, David Coverdale, Glenn Hughes, Joey Lynn Turner, Rod Evans, Steve Morse, and even Joe Satriani (during a single tour cycle) to name a few. What birthed from this was a tumultuous and intertwining set of career paths that fold over each and back again.

One of the main branches of this family tree tangle with that of the aforementioned godfathers of metal music themselves, Black Sabbath, in the post Ozzy days. Vocalist Ian Gillan spent a short lived time fronting the band, being notably upset about the outcome of the Born Again record. He was, of course, replacing none other than Ronnie James Dio during the fantasy imbued Heaven and Hell and Mob Rules years. Following Gillan, Glenn Hughes too took up the mic for Seventh Star. But singers were not all the band shared with this family, as Vinny Appice (Dio and many others) and Cozy Powell (Rainbow, Malmsteen, etc.) also share a lineage.

The other main branch is that of the hard rock and blues influenced Whitesnake. Following his time in Purple, David Coverdale worked with Neil Murray and Jon Lord on the project. Over the years, drumming duties fell from Ian Paice, to Cozy Powell, and eventually Tommy Aldridge (who also worked with Ozzy and Malmsteen). Don Airey spent some time on keys, and both Vivian Campbell and Steve Vai held the mantle as lead guitarist at one point. Many of these musicians would work together, flowing between groups casually during the seventies and eighties (Don Airey, for example, ended up working with Ozzy, Purple, Whitesnake, and Rainbow over the course of his career).

Between Deep Purple, Rainbow, Black Sabbath, and Whitesnake, collaborations and partnerships would be born and end frequently. Some oft would touch only briefly and continue to branch into whole other musical family trees – Yngwie Malmsteen, Steve Vai, Joe Satriani, Paul Rodgers, and Ozzy Osbourne are all less than six degrees from the likes of Dream Theater, Firewind, Iron Maiden, Badlands, and even the Foo Fighters. But while those seeds were sown elsewhere, this tree continued to grow upward with new projects that you might not be as familiar with.

The prominence of this classic rock sound fading during the nineties did little to dissuade these musical monoliths from pursuing new ventures together, even in a climate markedly less receptive to such. I’m sure many of you have heard of Purple’s In Time or Sabbath‘s Heaven and Hell, but have you heard of Colin Blunstone’s The Light Inside? Containing one of the last performances by Cozy Powell prior to his passing and with the ever-present Don Airey on keys, this ballad-centric record was hardly short of talent.

Something a little closer to home, Roger Glover And Guests’ The Butterfly Ball and the Grasshopper’s Feast bills itself as a rock opera concept album, based on a children’s tale. Roger had recently left Purple and intended to produce this as a Jon Lord solo endeavor, pursuing it by himself when Lord couldn’t commit. Coverdale, Hughes, Gillan, and Dio all make appearances as different characters in the story, along with a plethora of other musicians.

Two collaborations that I’ve personally always enjoyed are the Hughes Turner Project and Coverdale Page. It doesn’t get any simpler than placing both names on the cover and playing the kind of music you love, and this earnestness is found in every song on either record. Both classic sounding in every sense of the word, vocals soar and guitars wail, finding that perfect traditional rock drive that is lost in much of today’s music. I recommend you give “Devil’s Road” and “Shake My Tree” a chance if you’re looking to listen to some great tracks.

The further down the rabbit hole you fall, the more you find in a never ending stretch of rock and roll. There’s the supergroup WhoCares, featuring Ian Gillan and Tony Iommi (of Sabbath fame); Flying Colours with Steve Morse branching into the Portnoy and Neal Morse trees; Glenn Hughes venture with Black Country Communion; and a dozen smaller ones that you’d be hard pressed to even find a wiki article on. It’s also worth noting that during this time, Dio had a successful solo career, carrying on his fantasy themes (the Holy Diver album being a landmark release in the metal community), Purple and Whitesnake continued to make music as members continued to change, and there were many tours highlighting the limelight of this era (such as Purple‘s anniversary shows and the Heaven and Hell project).

This is where the blood runs thin in this family tree, though the roots remain firm. The core of displaying technical ability, and unapologetic rock attitude, pervade all works touched by even the most remote branch. Not all are gems to collect, but too many go by unnoticed in today’s musical landscape.

We started this journey with the focus solely on the humble act of a single musician, so it only feels right to end likewise. Unfortunately, the grandfather of metal as it was, Ronnie James Dio (along with too many of the musicians I’ve talked about here today) has since passed, leaving a void where his legacy now stands. The spirit of his influence reaches till this day in the likes of Tenacious D, Trivium, and many more, with his devil horns proudly on the fist of metalheads the world over. That leaves us with his companion and fellow Rainbow pioneer to end off on: Ritchie Blackmore.

Blackmore has long since parted ways with Deep Purple, though he still tours with the reunified Rainbow – having played select shows in 2017/18. What you might not know about is his solo venture with his wife, Candice Lauren Isralow (also known as Cadence Night). The project, Blackmore’s Night, began in the late nineties, focusing on more vocal oriented folk rock that nears minstrel in presentation. Their aesthetic matches this medieval-esque sound, crafting a unique and somewhat unexpected atmosphere that neatly returns us to world of fantasy.

The Blackmore Dio family tree is undoubtedly beginning to near its end, but its branches reach far and their influence are undeniable, planting new seeds for other prominent musical family trees to continue forward. A heritage of technical musicianship and love of music that permeates the music that was left behind, music that deserves as much attention and reverence as those touched on above. The spirit of rock and roll carries on, and I, for one, will always remember how a man and his love for fantasy storytelling, changed the landscape of music forever.