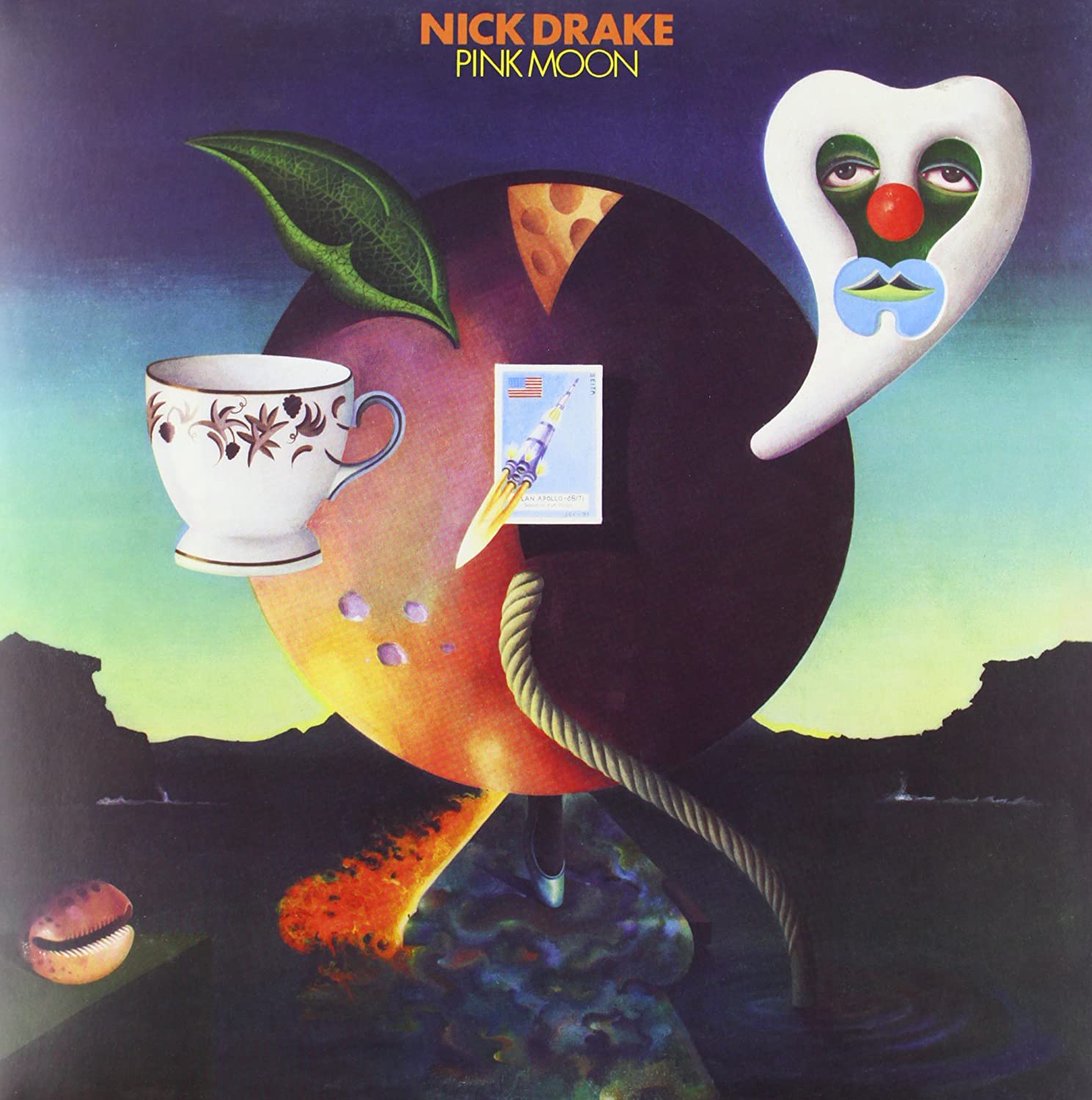 By Dominik BöhmerFebruary 12, 2022 No Comments

It’s no exaggeration to look at Nick Drake as the prototype of an artist who was criminally overlooked and undervalued in their lifetime and whose art found success only when it was too late for them to witness it. Yes, he might’ve contributed to his obscurity by refusing to play live or give interviews, but that’s neither here nor there – other, more famous musicians have gone similar routes to different results. What I’m trying to say is that, given the quality of his (sparse) musical output, he deserved better than to die withdrawn and largely forgotten.

His music did ultimately reverse the fate of its creator somewhat, finding its way into the pop music canon through acknowledgements by music collectors and musicians alike (Kate Bush and Robert Smith of The Cure being only two of his more famous admirers). The pinnacle of his creative work, 1972’s Pink Moon, still stands as one of the most enduring folk records of that time, which is why we’re celebrating it today, a mere 13 days away from its 50th anniversary.

Who is Nick Drake? I’m sure most of you saw the name dropping here and there, as one of those ominous ‘must-listen’ folk artists of the ’60s/’70s. Especially his third record, Pink Moon, is recognized as one of the very best albums of its time. So let’s talk about the myth of Nick Drake and his final album.

Although you could just search for him on Wikipedia, I wanna give you a quick overlook about Drake. Born in 1948, he signed his first label contract at the age of 20 while he was studying, and shortly after, he released his debut album Five Leaves Left, quickly followed by Bryter Layter in 1971 and Pink Moon in 1972. Two years later, Drake died from an overdose of antidepressants at the age of 26. During his active career, he remained unsuccessful, his records didn’t sell well. He never played live shows, and there isn’t much material about him other than his records. So what’s his magic?

Nick Drake is the archetype of the struggling artist. The real-life Llewyn Davis. A sensible and shy troubadour, never made for the limelight of the big stage. Taken away at a very young age, struggling with mental illness. To this day, it’s not clear if his death was suicide or an accident.

There is definitely a myth surrounding Drake, especially when famous aritsts started to credit him as highly influential for them. But how much of Pink Moon‘s magic is myth, and how much is real? In the end, it doesn’t really matter. When I first listened to the album, it was during a time in which I discovered my love for folk music from this very period, especially through the music of Tim Buckley. When I researched this period of music culture, the name Nick Drake dropped dozens of times, so I checked out Pink Moon. Back then, I wasn’t aware of the whole story behind the artist, but the album instantly resonated with me.

In some ways, it reminded me of delta blues records of the early 20th century, those one-take recordings, when people brushed shellac on discs in the next room. Pink Moon is a collection of captured moments, giving a glimpse of a struggling soul finding peace in music. I think the rawness of the performances displayed on Pink Moon makes the record so intriguing and fascinating; you can hear the tension, you can hear that before and after the recordings, Nick Drake wasn’t a happy man, but in those moments when record booth had a red light, he felt alive and hopeful. Obviously, I have no proof that my impressions are real, nor do I know the man behind the mic and guitar, but Pink Moon let me feel all of that. And sometimes, the myth feels real enough to believe.