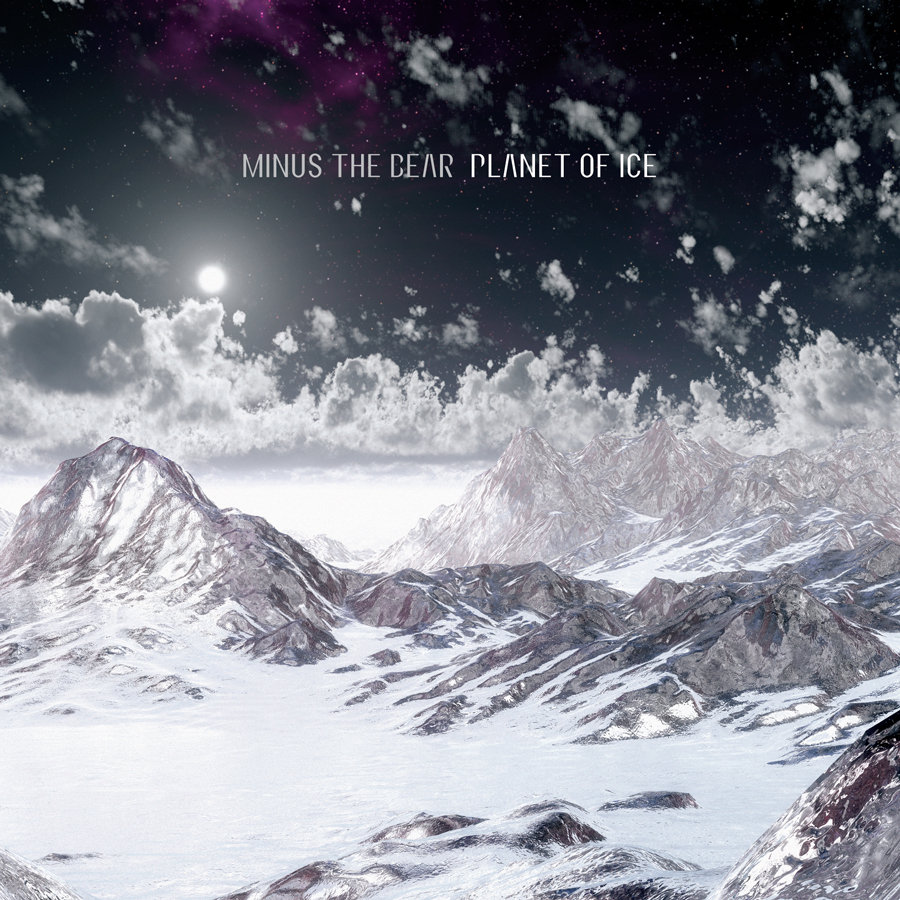 A SCENE IN RETROSPECT: Minus the Bear – “Planet of Ice”

By Dominik BöhmerNovember 24, 2018 No Comments

No beating around the bush this time: Minus the Bear are a band that’s near and dear to quite a few of us here at Everything Is Noise, and it was a harsh blow when they announced their retirement, which will be put into effect after the final show of their farewell tour on December 14. Luckily, we had already planned to do this episode of A Scene In Retrospect on their third full-length record Planet of Ice for a good, long while, so having it play into their last hurrah only makes sense, and yet it feels like the bittersweet moment when you wave a friend goodbye, remembering all the times you had together. Without further ado, you can read the thoughts of EIN contributors Inter, Valentin, John, and Billie below. Please enjoy!

Back in April, I had the pleasure of seeing Minus the Bear play Planet of Ice all the way through for the album’s ten-year anniversary tour. Which is a little confusing, since the album came out eleven years ago in 2007. Needless to say, I didn’t argue when I had the opportunity to see this progressive masterpiece come to life before my very eyes.

Although I still believe that Menos el Oso is my favorite Minus the Bear album, Planet of Ice is either second or third for me. I recently read an article stating that they all got really into 70’s progressive music right before recording Planet of Ice, and it doesn’t take long to hear the influences. Another fact to point out that this was the first album with Alex Rose on the keys. Rose really channels his inner 70’s prog on this record with his organ and mellotron selections.

Planet of Ice kicks off with “Burying Luck” which is extremely synthesizer heavy. But the song, and the following songs, are also heavier than their first two albums which were mostly indie and math rock. One of the coolest (pun intended) parts of this record is guitarist Dave Knudson’s use of his many Line 6 DL4 delay pedals for the transition between “Ice Monster” and their first single “Knights”, creating a very glitchy effect.

My favorite song on the record is possibly the most chill one (I did it again), “White Mystery”. The rhythm section of Cory Murchy on bass and Erin Tate on drums really drive this song. Like most of their songs, Knudson makes wild sounds come out of his delay pedals, sounds you would think are produced by the keys without seeing them live. Though all songs are incredible, other stand out ones are “Dr. L’Ling”, “When We Escape”, and “Lotus”, which closes the album at almost nine minutes!

Planet of Ice has so many incredible moments: memorable choruses, incredible guitar riffs and solos, and a smorgasbord of sounds from Rose. This may be their most complex body of work, and seeing it performed live is something that I will cherish forever!

I’m sitting in a bus, driving through olive groves, going from the Andalusian coast towards Sevilla. Walking next to beautiful channels in Amsterdam. Enjoying some fantastic wine on Sicily. Sitting on a stone, surrounded by sheep, watching a Norwegian fjord. The only constant in these scenarios? I’m listening to Planet Of Ice by Minus the Bear.

I can’t imagine another record providing me with the same amount of comfort, cozyness, and warmth. As a big fan of Botch and Sharks Keep Moving, it was no surprise that I would be a big fan of Minus the Bear right from the start. And while I hold their other release quite dearly as well, Planet Of Ice takes a very special place as one of my favorite albums of all time. Their combination of indie ease, a warm flow, and compelling ideas (both in sound and composition), is key to my fascination with this album. A masterpiece of modern indie- and math rock, Planet of Ice is incredibly well-balanced and mesmerizing.

I can’t praise this album enough. Like a good whiskey, this record only keeps getting better and better with each year I spend with it. There is this sweet nostalgia which is irresistible, and everyone who is slightly interested in…well…music has to have this as part of their musical pantheon.

When Minus the Bear released their masterpiece Planet of Ice, it was my first foray into indie rock, so I can easily say I have this album to thank for introducing me to one of my favorite genres of music. The downside to this, however, is I still have yet to find many indie rock albums that I consider parallels to Planet of Ice.

It’s filled with catchy riffs and this palpable energy that you just can’t get enough of. This is an album that I still go back to eagerly whenever I’m in the mood for some nice and upbeat rock. What separates it (and indeed most indie) from other types of rock, is that even while keeping the genre’s energy, it is just so incredibly smooth. Minus the Bear take that to another level, since you can easily go track to track on Planet of Ice and never lose the vibe.

Listening back to the album for this episode, I realized that it’s probably been more than a year since I had last listened to Planet of Ice. If I am being honest, it’s probably been more like a couple. But this is the kind of album that, thirty second into the opening track (in this case “Burying Luck”), the whole thing comes flooding back into my mind. The whole 48 minutes are just packed full of memorable moments and tracks overall.

The last thing I have to say about Planet of Ice is something I can say about Minus the Bear’s entire catalogue: this album is sexy. It is filled with such a sensual, feeling passion that is hard to describe, but it is damn good. Between the crooning vocals and the slick melodies, Planet of Ice is like silk sheets on a summer night.

When Minus the Bear announced that they are calling it quits a few months ago, many of our team members expressed their sadness about them stopping to create music; some of us even lost one of their all-time-favorite bands. Luckily, the whole situation did not hit me as hard, as I had never really paid attention to the band. I mean, I heard their name pop up here and there before, but I never listened to any of their music before. So when I saw the ASIR announcement, I thought it would be a great opportunity to finally check them out to see what all the fuzz is about.

Long story short: I put on Planet of Ice while I was cooking pasta (which is actually a great way to get into new music I think) and did not stop listening to it ever since. I can’t really explain what it is, but the whole album just feels ‘right’ to me. It’s catchy and very well-written, it’s incredibly smooth with just the right mixture of complexity and simple, yet effective parts, but most importantly, it has a certain character and a very unique sound, which is something I often fail to find in most of today’s music.

After listening to it about seven or eight times over the last week, I still find joy in every single song. So please, don’t be a fool like I was and check out Planet of Ice immediately. I’m kinda upset that it took me so damn long to do so, but I’m also happy that I finally discovered such a great band after all this time.

So yeah, I can confidently say this now: Minus the Bear, you will definitely be missed.

And there you have it; that was our send-off to this seminal rock group. You will be missed, Minus the Bear! So long, and thanks for all the music. What are your thoughts on this band and album? Did the news of their dissolution impact you as well? Leave it all in the comments!

The upcoming episode of A Scene In Retrospect will actually be the penultimate article under the feature’s umbrella to come out in 2018. Rest assured that we saved some very fine cuts for the end of the year! See you all in fourteen days, but until then, do stay safe, and as always…