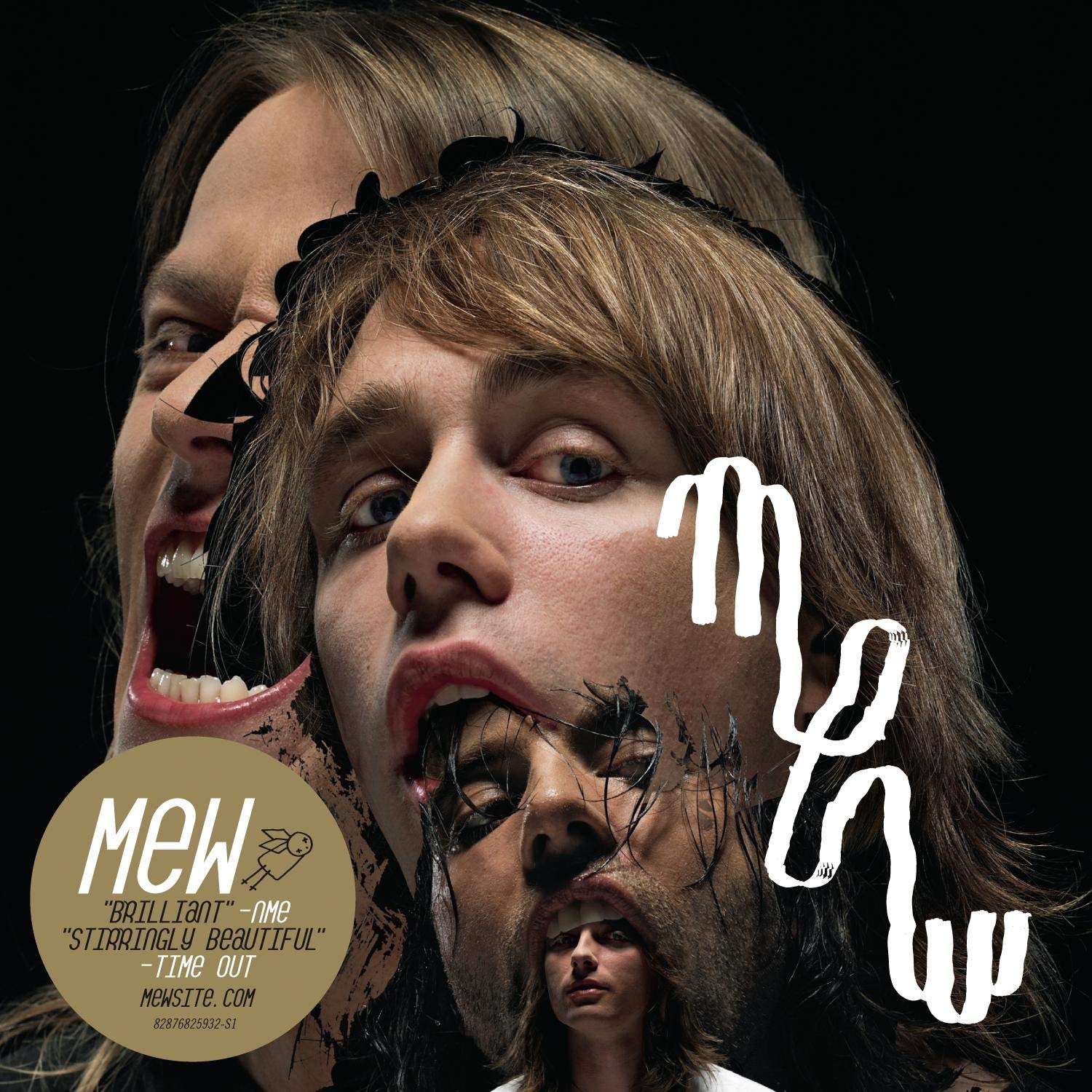 A SCENE IN RETROSPECT: Mew – “And The Glass Handed Kites”

Hej og velkommen to the thirty-third (repdigits for the win) episode of A Scene In Retrospect! After the enormous last installment, we have prepared something a little more digestible for you. That fact notwithstanding, PR/social media manager Inter, writer/editor David, and staff writer John will be talking about a very special record today: And The Glass Handed Kites by Danish indie/progressive rock band Mew. Please enjoy!

Although I was not familiar with the band until the opportunity came to write about this album, I feel as though I have endured quite the experience with Danish indie rock group Mew and their album And the Glass Handed Kites. Self-described as a ‘mix between feelings and thinking’, the music is dreamy and ethereal, not grounded in a whole lot and perfectly comfortable with that.

Many songs sound like navigating hazy visions or a surrealist artist’s interpretation of reality. Guitars are mostly mid-range, capable of bringing weight to songs. Often, other elements like airy synths make tracks lighter and floaty, and this is where you get most of your mileage from the album. Tracks have multiple movements, and they all flow together pretty well, which isn’t really a thing that happens with poppy, indie rock often. This helps add progressive elements to the album, and makes it seem like one larger evolving piece over time. This is what makes you think about the music itself.

Where the feelings come in is the band’s masterful command of emotion. Though you may not experience all the flavors of the emotional spectrum from simply listening to this album, it’s on display through its music like a museum of the human mind. Each song can be an installation or diorama. “The Zookeeper’s Boy” is a bizarre, abstract, pastel-shaded track with catchy melodies. The bold and spacey “White Lips Kissed” plays like a ballad conceptualized by Wes Anderson with its melancholy tone. “Saviours of Jazz Ballet” indeed sounds like a stage song where all the characters are dying peacefully and calmly; although the track is pretty firmly in the middle of the album, it still has notes of finality and a tonal ending.

And the Glass Handed Kites is a wonder. It moves smoothly from setpiece to setpiece, revolving around itself like a peculiarly inviting funhouse in a cloudy carnival overseen by a lonely eccentric. I don’t even particularly subscribe to the sound of indie rock such as this, and I found it to be a tremendous treat. I would invite anyone with a thirst of audible adventure and clean, poppy music to take a listen immediately.

I’m ashamed to admit, but I’m really late when it comes to hopping on the Mew train. The Danish quartet has been around since 1995 and released seven albums since their inception. And the Glass Handed Kites is the fourth Mew album, released in 2005. One of the coolest things you notice pretty early on is that Kites is recorded so it feels like one continuous song, with all the music blending together. It reminds me of another album released in 2005 in the same one-long-song fashion: Frances The Mute by The Mars Volta.

The intro song “Circuitry of the Wolf” starts off almost as if the band was sound checking, not really getting into a groove for the first half minute or so. Then it blends perfectly into “Chinaberry Tree”. Lead singer Jonas Bjerre’s high pitch and ethereal vocals catch your ear and never let go. Vocally, and also musically, the closest comparison I hear from this album is the San Diego, California indie band Pinback. As the fourteen tracks are seamlessly fused together, one may get lost in the celestial harmonies provided by Bjerre. It’s sometimes hard to know which song you are listening to due to there not being distinctive pauses between tunes. Drummer Silas Utke Graae Jørgensen shines throughout the album with his infectious grooves and flashy fills, all while bassist Johan Wohlert is attached to his hip musically, adding meat and melody to the beat. Other than his magnificent vocals, Bjerre shares guitar duties with Bo Madsen. The two team up to generate magical melodies to go under the vocals voiced by angels.

One other band that Mew reminds me of is the Swedish indie/pop duo Marching Band. Though there are no songs worthy of skipping, some do stand out from the pack. “Chinaberry Tree”, “Apocalypso”, and “The Zookeeper’s Boy” are probably my favorite joints on the record. Kites takes you on an auditory adventure with a mix dream pop, indie rock, math rock, 80’s syth, and a twist of 70’s prog. Somehow, they all live together in harmony in Mew‘s world. I’m just glad to be able to live in it.

Mew are pretty similar to Dredg. Both are extraordinary modern prog bands, and both are still kinda…overlooked. I’ve known Mew for many years, even before I’ve got into progressive music, and I started to appreciate them even more through the years. Their smooth, fragile, angelic, and dreamy approach to progressive rock was always fascinating for me, and it was never more perfect than on their fourth album And The Glass Handed Kites.

Funnily, I wasn’t that much into the band in the last years. I admired them when I found them around the release of ATGHK, but kinda lost track after that. Thanks to another Danish band I rediscovered them, and I fell in love with them once more. When I heard Vola back in 2015, something about their vibe rung a very familiar bell for me, and I finally got back into Mew. Since then, Mew have released two more albums, and while I like +/- and Visuals big time, I watch myself always getting back to ATGHK.

Mew‘s strength always laid in their extravagant sense for composition, accompanied by expressive arrangement and Jonas Bjerre’s incredibly distinctive vocal performances. While the album has a lot of hit tracks, the track which always stands out for me is “White Lips Kissed”, which is not only my favorite by Mew, but also one of my favorite songs of all time. The progression from the very soft, nearly shy intro to a more powerful verse, crescendoing with epic snyths into one hell of a vocal line: ‘I won’t cry when the silver lining shows, but you’re right to understand. You ride with both hands‘. The powerful sound extravaganza which closes the song also shines out as an august musical moment.

If this can’t win you over, you’re lost. If you like bands like Dredg or Radiohead, get on Mew. They are fucking awesome.

And cut! That’s a wrap on today’s episode, everybody! What are your thoughts on this band and record? Are there any you would like to see included in this feature? Let us know in the comments!

See y’all back here in fourteen days, when we go back in time once more to review a classic record. Until then, stay safe, and as always…