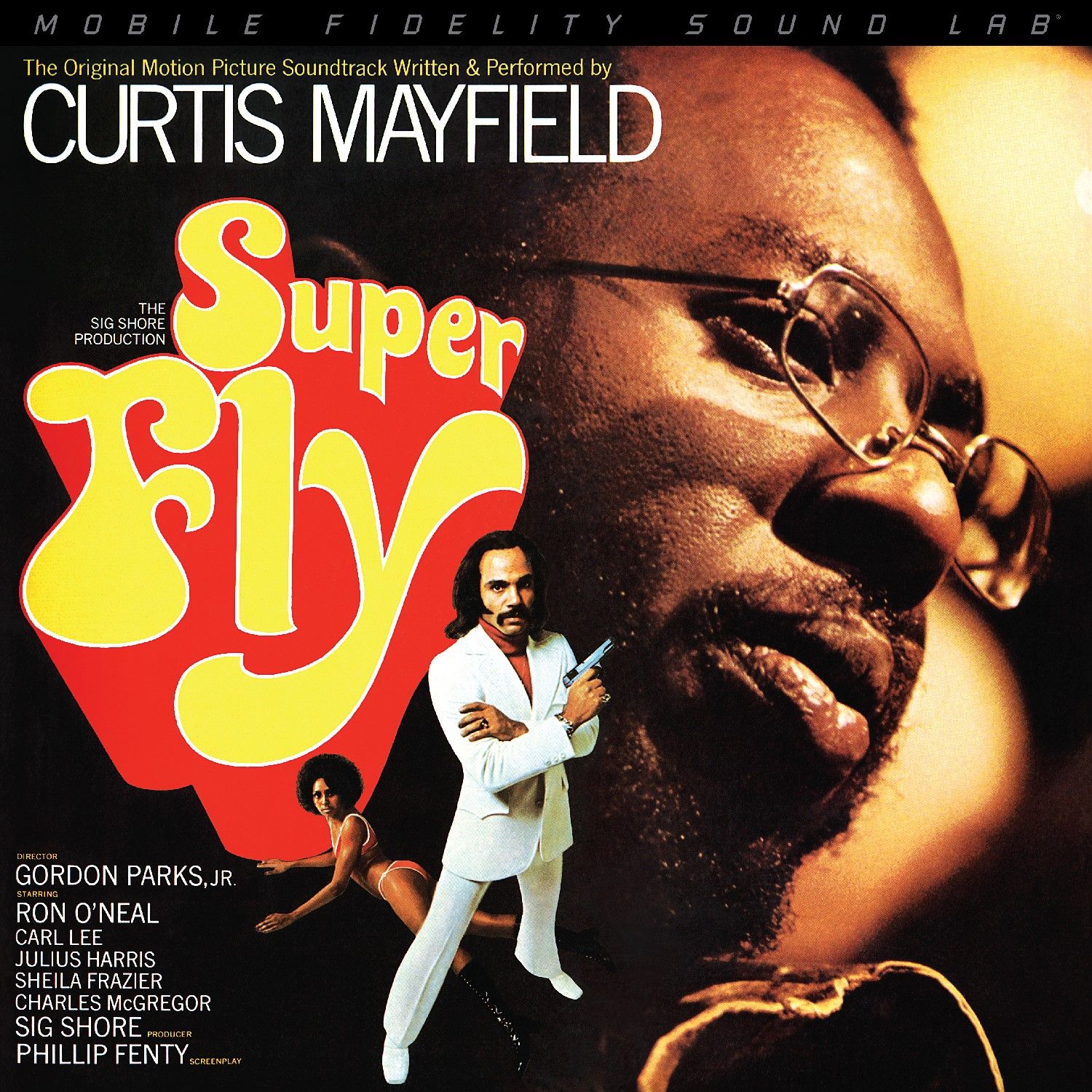 There are many film soundtracks that, over the years, have gained much notoriety even aside from the media they were once connected to; sometimes, a soundtrack can completely eclipse the movie it was originally written for. Now, I won’t pretend that I’ve seen Super Fly the movie, but I have always been much more aware of its soundtrack by Curtis Mayfield than the actual plot, cast, or surrounding information pertaining to it, so make of that what you will; I’m sure many of you will share in my predicament.

And yet, this disconnect speaks volumes of the quality Mr. Mayfield brought to the table when composing this soundtrack album, as it continues to wow audiences while its parent medium has perhaps slipped from mainstream consciousness a bit (don’t quote me on that; it might very well be a beloved classic and I’m simply unaware of that fact). Either way, Super Fly the album is a prime example of a movie soundtrack done right, and we’re glad to celebrate its (belated) 50th anniversary with all of you today.

From which angle do I approach this task? Talking about Curtis Mayfield‘s fantastic album Super Fly, the soundtrack to the film of the same name, is no easy thing. There is so much to talk about – how the lyrics commented on the social and political situation of black people living in America in the early ’70s, what the album meant for soul music, how it affected the movie Super Fly and Blaxploitation movies in general – the possibilites are multitudinous. And while I read into all of that a bit, and dug into my fair share of soul history over the years, I don’t feel informed enough to add something meaningful to the discussion. People with way more expertise and experience on the matter already did that, and I encourage you to seek them out if you wanna dig deeper into that.

For now, I feel more comfortable to write about what that album means to me. It’s a bit of a chicken run, I know, but probably appropriate considering that I’m a white, male European in his early 30’s.

For the longest time, I wasn’t much into soul music growing up. This type of music felt pretty one-dimensional, at least from my superficial point of view. Artists like James Brown dominated my impression of soul, and I didn’t care much to look behind that. Retrospectively, I’m very glad that a good friend of mine, who also used to be the drummer of a band project I was part of, was obsessed – and I mean OBSESSED – with James Gadson, primarily known as the drummer for the great Bill Withers. While my mate wasn’t that much into soul in general, his obsession rippled into me through the shared love for delicate, in-the-pocket drum grooves. And as usual when I discovered something new and fell in love with it, the game was on, and I delved neck-deep into soul and r&b.

I lost myself in the likes of Marvin Gaye, Otis Redding, Aretha Franklin, and most of all Sam Cooke. Curtis Mayfield definitely appeared on most lists of artists to check out within soul, but I neglected his stuff for the most part. But at some point, it was inevitable – I trusted my sources and picked Super Fly as my introduction to his music. And fuck me, I was sold on that. The warm production, the charismatic delivery by Curtis himself, the fantastic drumming by Morris Jennings and Tyrone McCullen, and the infectiously catchy trombone lines by Slip Lepp convinced me to put this album on repeat, where it still rests. Since many years, Super Fly is a staple on my phone – it made countless situations way cooler, countless partys way dancier, and a bunch of sunsets way more epic.