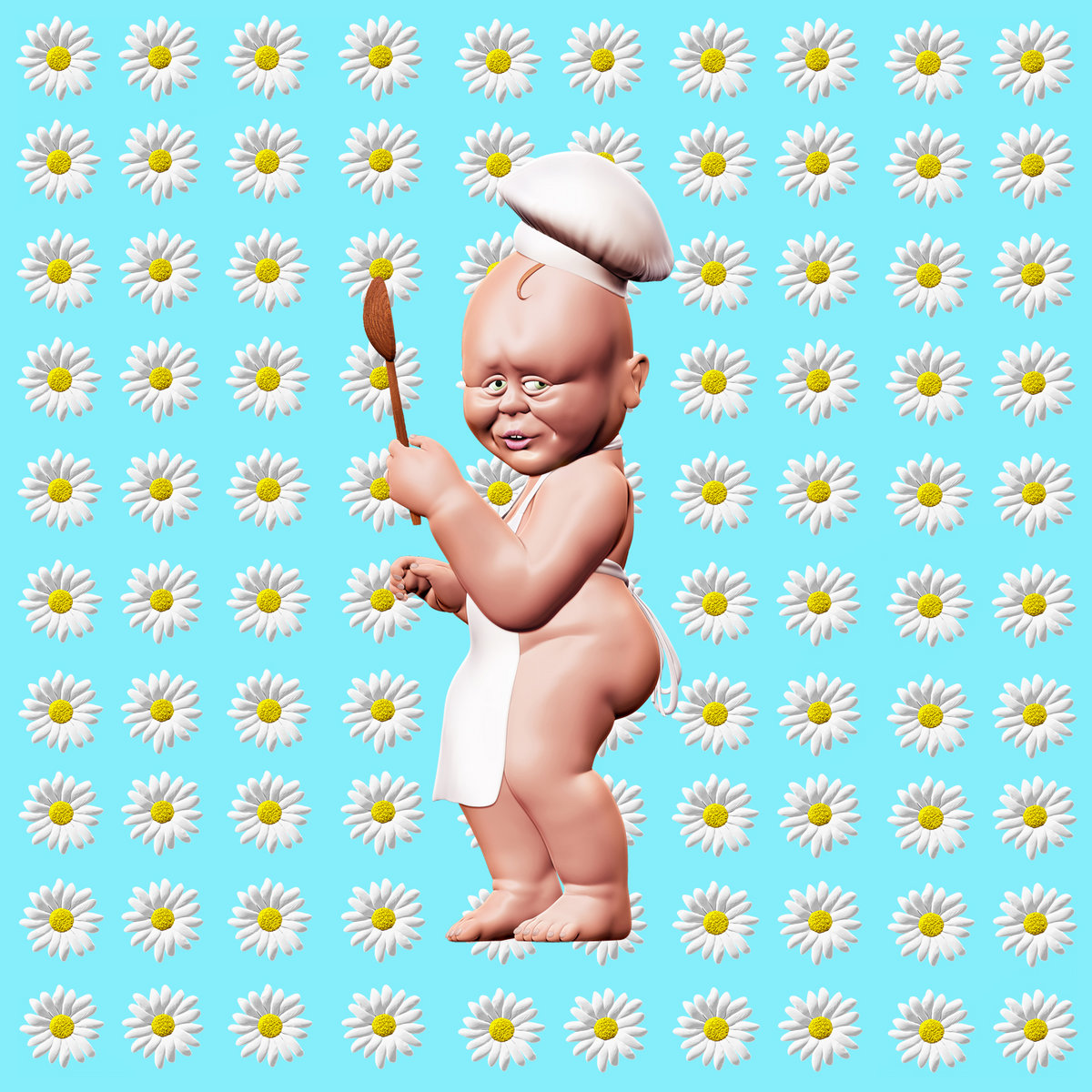 Take a dash of indie rock, a sprinkle of dream pop, and a whole load of jazz, mix it all up in a big bowl, and voilà – you’ve got yourself a nice serving of Fresh Pepper!

I gotta say, the universe works in mysterious ways sometimes. Just as I was getting into Canadian saxophonist Joseph Shabason’s solo work recently, I was made aware of this new project he’s involved in. Fresh Pepper is, as far as I understand it, a conglomerate of experienced (session) musicians gathered around Shabason and his friend Andre Ethier (ex-The Deadly Snakes); one track on their self-titled début record even features Destroyer’s Dan Bejar on vocals. Deftly mixing various shades of indie rock/pop – including a generous sprinkling of dream pop – with jazz elements, Fresh Pepper does indeed bring a fresh new flavor to the table.

Now before I go any further, I need to make one thing very clear. This artwork? Not a fan of it; quite the opposite, in fact. I don’t know who devised this fresh hell in the form of a 3D-rendered chef baby, but know that I will find them and hand them a strongly worded letter containing my feelings about their work. Seriously, this is prime nightmare fuel to me, especially that face *shudders*. I’m only slightly exaggerating here – it’s really unpleasant to look at, but I guess the music does make up for that fact, so I’m just gonna say we’re even and move on.

The nightmare infant makes sense, though, at least when you look at the way Fresh Pepper frame their music: posing as a group of kitchen staffers ‘recount[ing] their culinary past lives’, they tackle their experiences in and frustrations with the music industry they’ve devoted a large chunk of their lives to. Not in a way that’s needlessly caustic, mind you – it’s more about ‘creating a relatable space for album’s contributors to fully be themselves within the ease and freedom of having similar histories’ than having an extended venting session set to music, which obviously would’ve been fine, too. Sometimes, handling your gripes with benevolence and levity is simply the healthier way of going about it, and Fresh Pepper have collectively internalized that lesson.

Beginning with “New Ways of Chopping Onions”, Fresh Pepper puts all of its cards on the table from the get-go. Featuring half-sung/half-spoken vocals vaguely reminiscent of Leonard Cohen, smooth saxophone lines, and a ‘70s yacht rock-emulating instrumental backing, this is a perfect carte-de-visite to draw you right into the bizarre but comforting world this band inhabits. Its nigh seven-minute runtime flies by as if it were but a fleeting moment – always a good sign! The following instrumental “Walkin’” is much more condensed, but leaves an equally intriguing mark with its almost big band/Latin-esque feel. “Seahorse Tranquilizer”, then, sees the aforementioned Dan Bejar cameo, and his familiar delivery perfectly fits into the whimsical Fresh Pepper sound. Soft guitars, piano, and synths lay a wonderful foundation for the saxophone and backing vocals to effortlessly complement Bejar’s contribution.

“Dishpit” (which I was tempted to mention just for its name anyway) starts on a synthetic beat and angular, artificially distorted stabs of saxophone, introducing fragments of further instrumentation as it goes along. The song has much more nervous energy in it than any of the others, which makes it somewhat of an outlier on Fresh Pepper, but that’s not to say it isn’t welcome. It definitely helps break up any feelings of complacency that might’ve settled in at this point of the album. With “Congee Around Me”, we’re sat right back at the dining table after the impromptu dance floor visit that preceded it, as the soft rock-meets-jazz ballad luxuriates in an elegantly sweet but never saccharine mood. It’s the harmony between the lead and backing vocals in particular that makes this track sound wonderfully pleasant.

Innovation doesn’t have to be initially incomprehensible to be impactful. With their début, Fresh Pepper have revealed new common ground between indie music and jazz, and they have done so with as approachable and joyful a record as they come. Like a small dash of orange pepper in a honey mustard dressing (seriously, try it!), their music is that subtle fresh kick you needed to spice up your life. I haven’t heard anything quite like Fresh Pepper in a good while, and chances are you haven’t either, so why not indulge in their exciting new flavor for now?