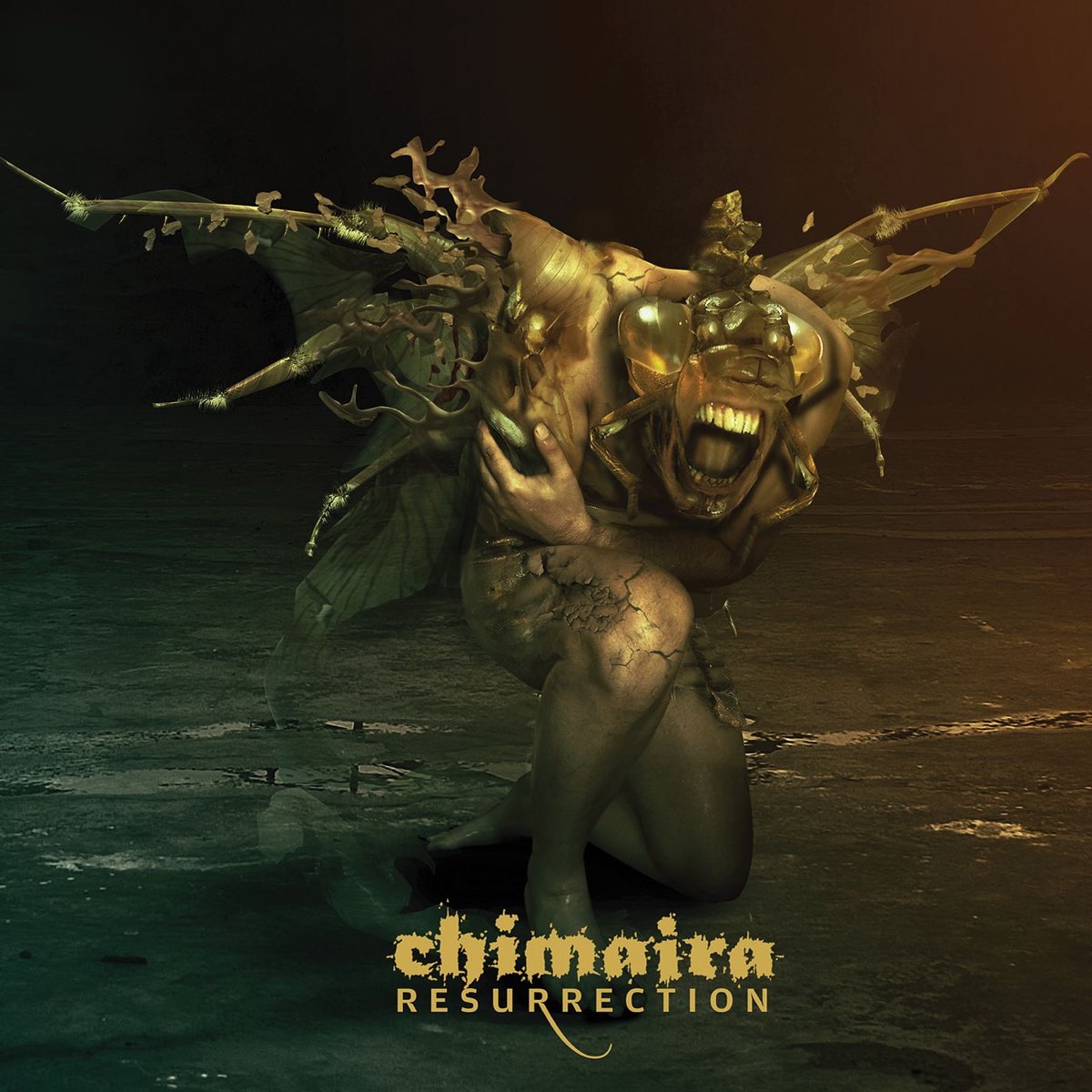 A SCENE IN RETROSPECT: Chimaira – “Resurrection”

The mid-to-late ’00s were a good time for any groove metal/metalcore-related shenanigans. Finally free from the clutch of nu-metal ingratiation, the bands involved in these two subgenres were free to explore their more extreme inclinations to their hearts’ content. One significant record that dropped within that timeframe has recently celebrated its 15th anniversary: Resurrection by now-defunct genre stalwarts Chimaira.

There’s nothing like fat riffs, rolling chugs, and overall heavy shit to really throw me back. My first contact with the heavier side of metal, besides the usual heavy metal and power metal, occurred some fifteen years ago when I was introduced to Lamb of God. It was a pivotal moment, and it was love at first listen. I soon found myself blasting vaguely adjacent things like Machine Head, August Burns Red, Texas in July, Threat Signal, God Forbid, and, of course, Chimaira.

There were obviously many other bands at the time that I can’t be bothered to enumerate; the aforementioned ones were definitely some of the biggest hitters. As time passed and my focus shifted towards other things in the metal sphere, I started to ‘grow out’ of these bands. I still revisit them and still genuinely enjoy some of their moments, but it’s largely something that lost its appeal. When I say ‘lost its appeal’, I mean that I no longer listen to this stuff exclusively on repeat. I never said I have a healthy relationship with my favorites, so there’s that.

For whatever reason, though, I totally missed out on revisiting Chimaira. It must’ve been like eight or nine years since I’ve listened to Resurrection, until earlier this week when I started preparing for this article. It was a weird sensation too – there’s few albums and/or bands which I omitted like this after having consumed them feverishly. The weirdest thing was listening to the record feeling like I’ve never heard it or heard only bits from it while blind drunk or half asleep, remembering only random chunks with zero recollection of anything else.

It wasn’t even the kind of situation where I just grew bored of the music and stopped for a ‘valid’ reason. Relistening to Resurrection I was really going ham with air drums, air guitars, air screaming, air moshing – air everything, really. The album just fucks hard, it’s as simple as that. It’s definitely one of the better contenders for memorable records from the uprising of the New Wave of American Heavy Metal. I’d also argue it was very, very modern at the time. Honestly, I feel like it still sort of holds up by the genre’s standards, which is due in no small part to the genre stagnating like hell over the past decade.

There’s a thing I want to touch here. This new wave of heavy metal was all kinds of heavy and metal. If we’re looking at the stylistic blend on Chimaira’s Resurrection, it’s a somewhat amorphous thing which goes from straight-up groove metal to metalcore, through melodic death metal as well as nu-metal. I was really into this particular mix, and I was particularly fond of Threat Signal for approaching a similar blend with their own twist, so I still can’t figure out how Resurrection was lost to the sands of (my) time.

It actually boasts a more than decent production value considering it’s fifteen years old and that it’s part of this odd amalgamation of metallic components. I won’t even let this go with a ‘take this with a grain of salt’ warning. We all have to be real and admit that metal is where production value comes to die. So, with the bar being where it is, we have a pretty good score.

The experience of listening to the record, as a whole, can be tiring after a few spins, because songwriting really doesn’t save the album, nor does it usually save others either. Taking the songs by themselves reveals a different kind of charm though. Each of the songs has kind of a thing; for example, the title track, “Resurrection”, its follow-up “Pleasure in Pain”, and closer “Paralyzed” have very memorable riffs used as motifs through their respective runtimes. That chuggy kind of hook is to die for, and it’s what we really crave with this kind of stuff.

“Six” on the other hand is crazy long by the stylistic benchmark at hand and seems closer to being an alternate song from Machine Head’s The Blackening, which really makes it stand out here. It also has some interesting melodic motifs (which remind me of some of Iron Maiden’s melodic phrases from 2000-2003) that further make it stand out as its own thing. You get it – there’s a pinch of charm scattered through each track.

You know what, though? My critiques are made through the lens of someone who really branched out and doesn’t see music as a singular entity, so they may feel a little out of context, as they take into account all things out there as references and comparisons. My point is ultimately that the breakdowns and the riffs on this record are fucking monstrous, and they’re a fuckton of fun. The album doesn’t pretend to be more either, so I respect that. Let’s have that as the motto behind Resurrection’s fifteenth anniversary and bang our heads till dawn over it.