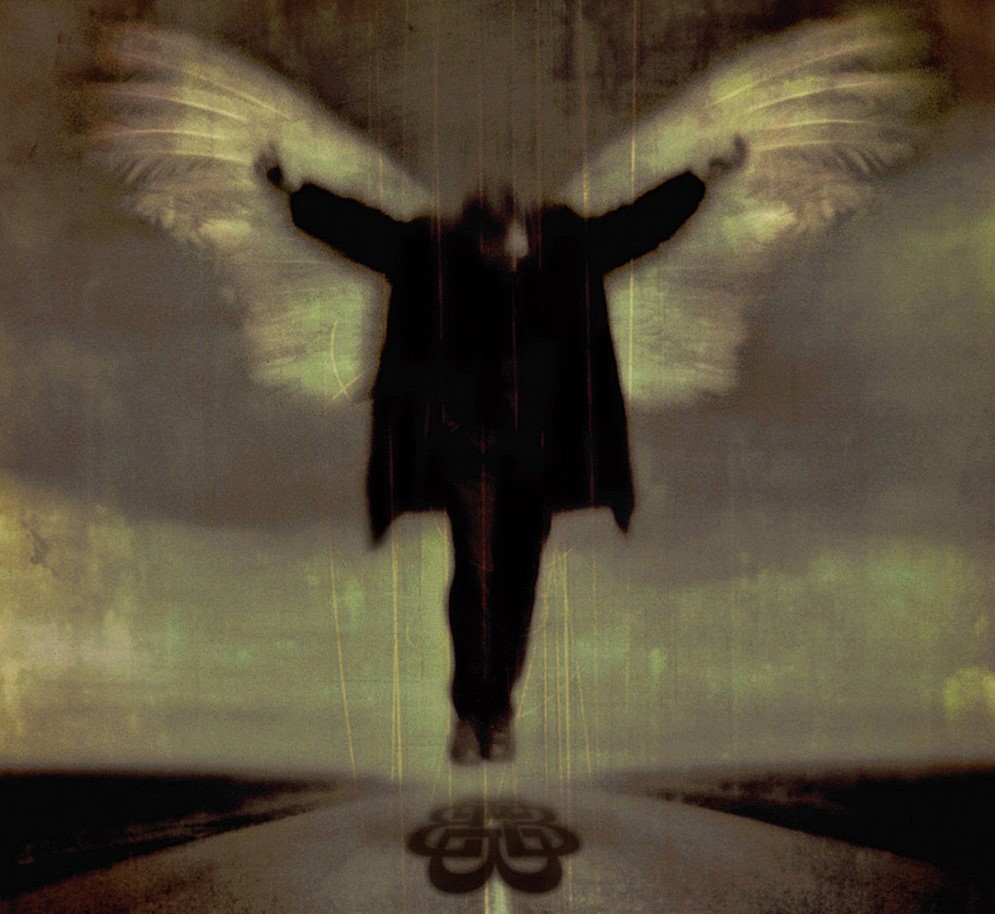 By Dominik BöhmerJune 8, 2019 No Comments

As we grow older, we tend to discard the music we listened to in our teenage years, claiming it to be overly ‘edgy’ or ‘angsty’, or any number of other derogatory adjective usually associated with those formative troublesome times, really. Oftentimes, this negatively-tinged look back at our past leads us to forget the impact those discarded bands and records had on our lives. On today’s episode of A Scene In Retrospect, we set out to right this wrong by discussing one of the albums that shaped the adolescence of many a distraught youth – EIN editor Jake, staff writer Spencer, and yours truly included: Phobia by Breaking Benjamin.

Nostalgia is weird. I have very little fondness for reminiscing, but the music that grabbed hold of me 15 years ago just retains a certain power over me. Back when my tastes were shaped by the radio, video game soundtracks, and friends, I tended to gravitate to the heavier stuff, with each subsequent act being ‘heavier’ than the last. When I reached Breaking Benjamin, I realized that I cared less about the sonic weight of the music and started caring about songs with more emotional weight. “So Cold” from their sophomore album We Are Not Alone is where I noticed this band the first time; the song was playing everywhere. Of course, when it comes to Phobia, it was certainly “The Diary Of Jane” that got my attention. That song was everywhere-er.

Phobia also marks another departure in my musical journey. It was often that I would buy an album based off of the promotional tunes and end up still only liking the tracks that got radio play. On this album, I found that some of my favorites were the deeper cuts. “Evil Angel” fits this most of all. First of all, that title to someone in their late teens is just edgy enough to be cool. However, to this day, I think the song is one of the best by this band, and easily one of the best on the record. The lilting melody, the harmonies, and that soaring chorus: it still gets me. Another on the hit list is the lighter “Until The End”. Again, the harmonies, chorus, and this time around even the message, was something that I really connected with, much in the same way that I had connected with Linkin Park years before.

Of course, more menacing tracks like “Dance With The Devil” and “Had Enough” were always there for me when I needed a soundtrack for all of the skyward fist-shaking I found myself doing during those days. While there’s nothing profoundly deep on this album, it can facilitate a variety of feelings and in its own way is a complete journey through the gamut of human emotions. This is pure surface-level, radio-friendly music that for all its ills manages to be something of a landmark for me. I would have never seen this coming, but here we are 13 or so years later extolling its merits and impact.

High school was a hell of a time. While I was trying my best not to pass out during the most boring classes I had to take, one thing stayed true, yet changed the most: my music enjoyment. Coming right out of a heavy metal ‘phase’ (I hate using that term, but it’s the best I can think of), I was in the grip of ‘radio rock’. With the popularity of iTunes and the forbidden fruit Limewire, I was collecting anything that came out and sounded good, regardless of genre. While I had heard of Breaking Benjamin before through their breakout single “So Cold” thanks to FuseTV, I was pleasantly surprised to see they had released a new record, Phobia. So I dove right in and immediately got lost in it.

Looking back on it, the album itself was nothing super special. The music was decent for a hard rock record, and the vocals were what I expected. What made the record special for me was the time I was introduced to it. As I said, I was an angsty young adult, trying to navigate life at the introduction of high school, where I had moved to a new town and knew absolutely no one. It helped my through my frustrations and misguided anger at having to leave my home and friends.

Diving into the record, “The Diary of Jane” stuck out as a staple for the album (as it did for the band). I really enjoyed it, but it was not until “Breath” that I truly fell for this album. The emotions and impact of the song made it an instant favorite of mine for many years to follow. I will still stream that track every now and then to this day, if not more for nostalgia’s sake. I can fondly remember nearly every song off of Phobia, simply because they struck a chord for me. “Dance with the Devil” and “Had Enough” helped satiate that frustration I spoke of earlier. As odd as it is to say, this album really did help me in many areas of my emotional life as I was maturing and growing.

No matter what I may think of Breaking Benjamin today, I can never put enough stock into Phobia for what it was able to do for me during my teenage years. It may not be anything amazing, but that doesn’t mean it wasn’t amazing to me.

Snow is falling, thick, heavy flakes tumbling in the wind, and the first few notes of “The Diary of Jane” are playing – that is one of my favorite memories of growing up. I’ve experienced that moment quite a few times during my teenage years, because Phobia was my go-to record not only for winter, but pretty much for life in general. I won’t bore you with too many details from my personal experience, but I think we can all agree that those years around the ages of twelve and 18 can suck for various reasons. Well, Breaking Benjamin were one of those bands who helped me through my own metaphorical growing pains.

I remember stumbling across them on the soundtrack of the video game WWE Day of Reckoning. Yeah, I know. Doesn’t get much more cliché than that. I’m aware, thank you. Anyway, “Polyamorous” and “Firefly” quickly grabbed my interest while I was merrily beating up some polygonal spandex-clad macho men, but it wasn’t until a few years later that I would be getting really into Breaking Benjamin. I simply never bothered to check out more of their music for whatever reason. Until I found the music video to “Polyamorous” while browsing YouTube and finally started to connect the dots, that is.

From there, my trusty friend called the Internet quickly lead me towards their most recent album Phobia, which at that point had to have been out for a good year or two already. Regardless of that, I soaked it up like a sponge. The heavy guitars and emotional lyrics deeply resonated with me, especially in the form of songs like “Evil Angel” (check out that neat little bass lick before the second chorus!) and “Until The End”. It was everything I wanted my music to be back then.

Looking back on it now, I can definitely see why people would frown upon the type of music Breaking Benjamin produce. Nevertheless, this album and I shared a tight bond through many hardships during some of the most difficult times of my life, and I can’t thank them enough for creating it.

That’s all for today! I know this probably isn’t the type of record you expected to pop up on our page, but we definitely had a lot of fun revisiting it for old (angsty) times’ sake. What are your thoughts on this band and album? Leave them in the comments!

Come back in two weeks for another musical stroll down memory lane! Until then, stay safe, and as always…