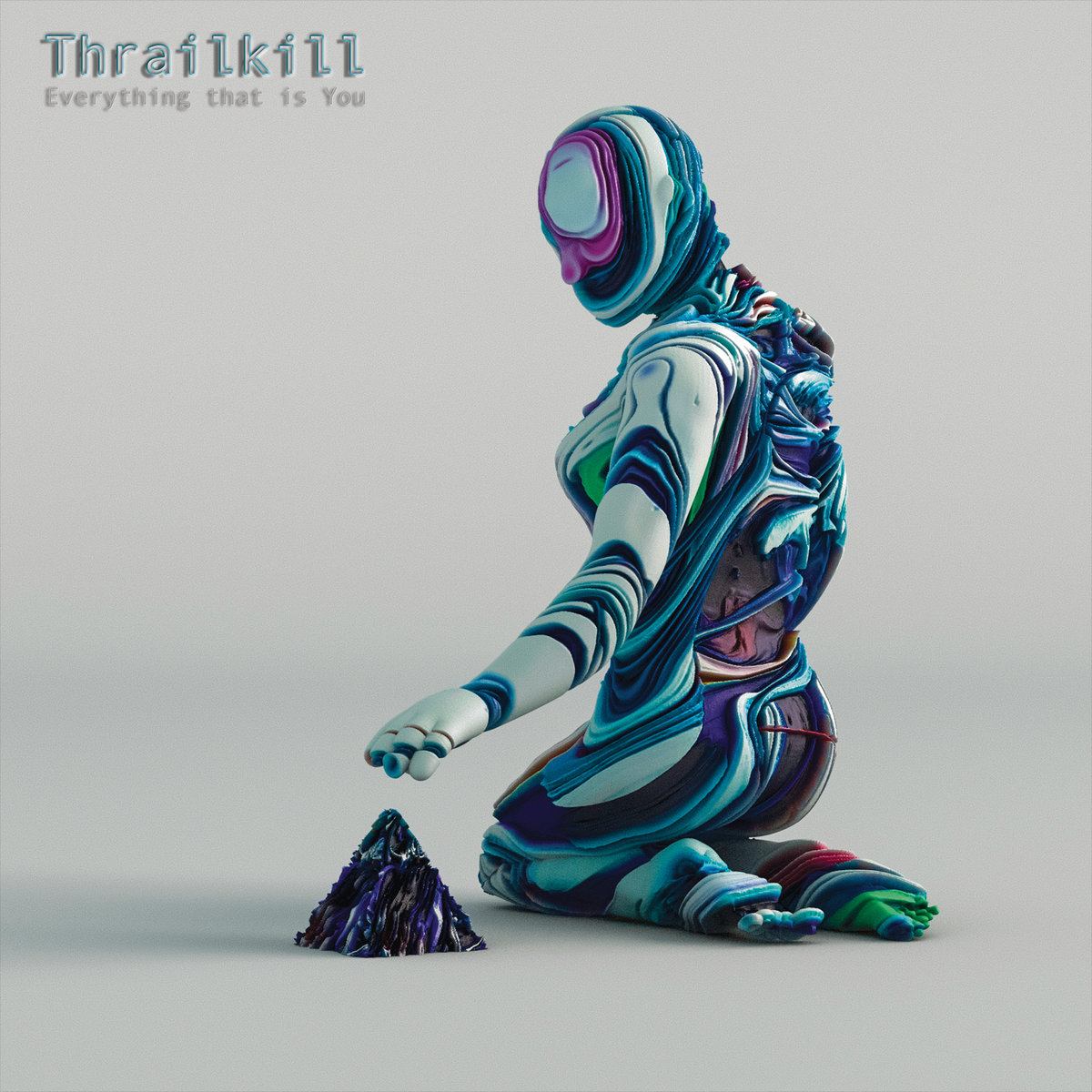 Thrailkill – “Everything That Is You”

By David RodriguezJanuary 13, 2019 No Comments

Reborn with a new name, Thrailkill put their best foot forward sending 2018 off with a lovely, well-written instrumental progressive album.

If you’re unsure who Thrailkill are as a band, you may be more familiar with their previous name. Mammoth, a progressive music outfit, is the former name for the band of guitarist Wes Thrailkill, changed to his surname due to confusion associated with their old name. Thrailkill, along with bassist Yas Nomura and drummer Lang Zhao, are going onward and upward with less confusion and more music, starting with their new album, Everything That Is You, a mammoth of a record with some real life to it. But first…

In the interest of full disclosure, I’d like to lead off by stating former Everything Is Noise writer Ryan Cho is featured on one song of the album being reviewed. Okay? Okay.

I’ve said it before: progressive instrumental music often gets lost in itself while searching for the best, most technical expression possible. This is great if you’re a fellow musician and wanna feel inspired (or inadequate?), but more and more people are wanting to feel moved, me included! I think Thrailkill have an interest in that side of music. The fact that Everything That Is You begins not with the screech of a guitar, but the whisper of a viola (performed by Ryan Cho) is testament to this. But it’s not just emotional movement that this album will summon forth. There’s also a fair amount body movement possible courtesy of hearty grooves and riffing that’ll make you go wide-eyed like you’ve seen a unicorn, because that’s basically what a compelling instrumental progressive music album is at this point: a unicorn.

Going over only a couple songs would just be the tip of the mythical magic horse horn for this album since it’s all impressively varied. Alas, I must pick standout tracks and a good, logical starting point would be “Aware”. It’s the first track after our smooth intro and is effectively the elevator speech for Thrailkill‘s latest effort. It begins with driving, distorted guitars wielding meaty riffs, melting into a lovely, soft passage with clean chords to show off that this album will be a multidimensional beast. Bass is prominent, synths poke into the mix for some synthetic decoration, and the writing and transitions feel natural. This is what you can expect from the album as a whole: a spectrum of evocative music with powerful punctuations and declarations of musical skill throughout.

There is a bit of a polarity within the mood of Everything That Is You accented nicely by its two best songs, “Gone” and the title track. “Gone” entrenches itself in the pretty, technical side of prog, but retains its heart by effortlessly shifting from a mathy jazz tone to a robust guitar-focused odyssey, back to jazz. It’s the longest track, so it has a lot of room to fit several movements, transitions, solos, and more. Just more. It’s not overblown; on the contrary, it’s an all-encompassing feat that sits nicely in the middle of the album. Conversely, the title track bathes in the soul and sentiment on the other side of the prog neighborhood. It’s the only song to feature lyrics, performed by Coco Columbia, as well as a kaval, additional percussion, and a fretless bass. All these elements concoct a touching ending track for an album that has already ran through the spectrum of moods to solemnly end on.

That’s where Everything That Is You succeeds the most. It’s not just offering a handful of approaches to instrumental music. It dabbles in a variety, but doesn’t spread itself too thin. Even little things like the synths in “Aware”, the way the melody from “Consciously” and “Aware” comes back in “Affirmation”, or the seemingly random Pulp Fiction sample in “Gone” act as bridges from journey to audible journey that’s vaguely utopian and has a personality. That’s what’s important in a lot of music, especially instrumental music nowadays: personality. The spirit of the music must be relatable to a listener in some way, otherwise you’re just left with soundscapes and, in the case of progressive music, superficial guitar wanking.

What you have to understand is that not every artist has to reinvent the wheel. Sometimes you just want a premium wheel that’s well-made, sturdy, maybe with a nice polished 12-inch rim and that’s what you get here. Everything That Is You is everything it needs to be: calculated, dynamic, and impressive. It holds attention and defies expectations in a genre that many people are becoming jaded to simply by having personality (come on, there’s a song called “Interquaalude”). Thrailkill got the product you need, so treat yourself to something nice!

Moon Letters – “Thank You From the Future”