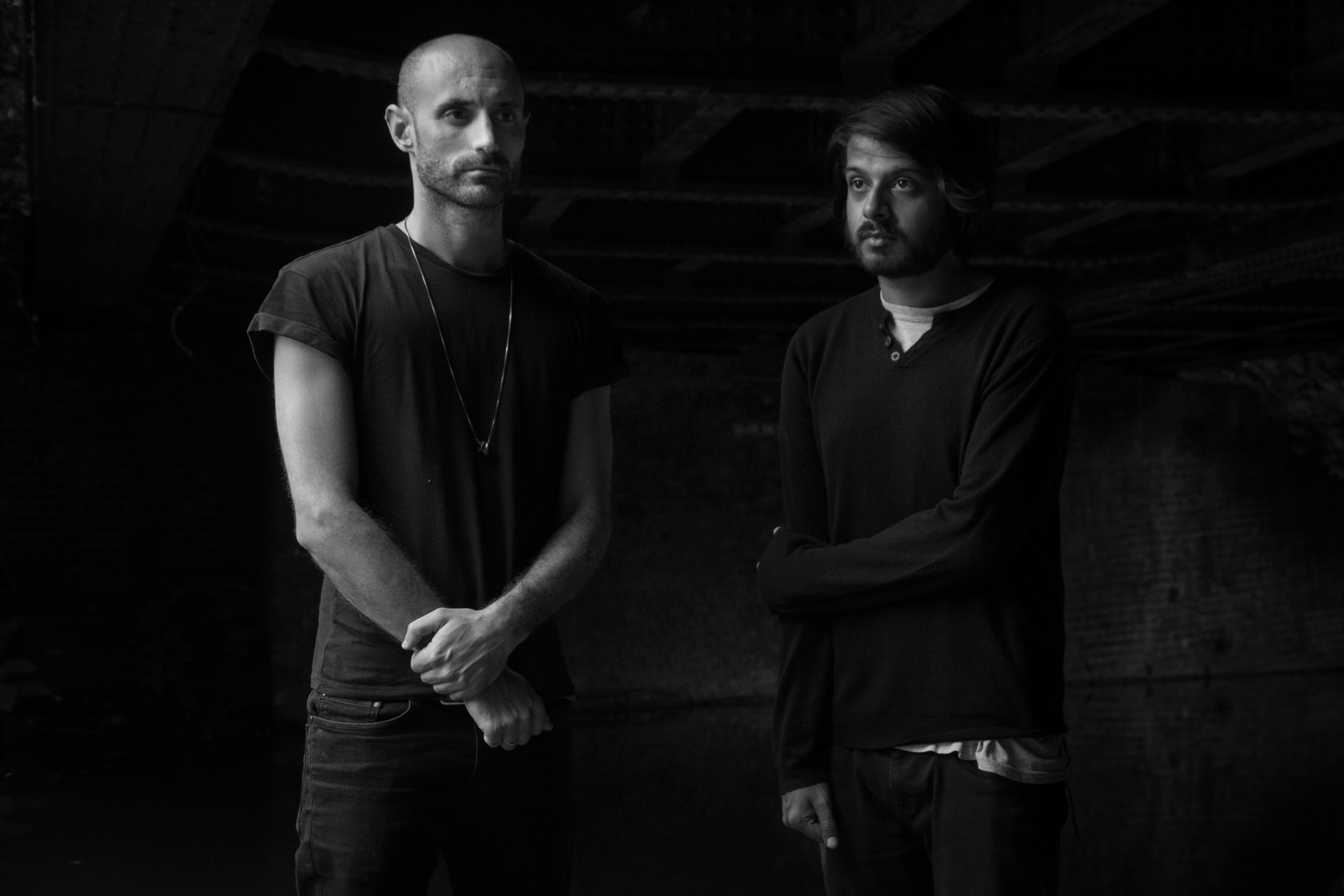 It takes a certain level of grace and skill for a musical act to not only capture a listener’s attention, but immediately cement their music in the listener’s mind as a contender for album of the year. Yet, VLMV did just that for me with their 2018 record, Stranded, Not Lost, which also appeared on Everything Is Noise‘s 2018 Album of the Year list. The self-described ‘ambient-ish post-something’ duo crafted a sophomore record that is gentle and captivating, lush yet minimal. We are proud to introduce the act as this week’s featured artist.

VLMV has been releasing music since 2015, when the group started as a creative outlet for Pete Lambrou. Pete was in the process of assembling the group’s self-titled debut when he reached out to Ciaran Morahan, whom he had known for some time through various gigs and shows played together. Ciaran joined Pete to perform the group’s music live, and the line-up was born!

At the time, VLMV played under the moniker ALMA. However, this didn’t last, as Pete explains:

‘Our original name is taken from the Atacama Large Millimeter / submillimeter Array in Chile (a bloody powerful telescope…), but also means ‘soul’ in Spanish of course. After a few cases of mistaken identity after the first album we had to change the name, but were so attached to it by then that we couldn’t stand to change it much. So we inverted the A’s, and still pronounce it ALMA…’

Despite their shift in name, the core sound of VLMV has been in place since their eponymous debut. Creative sound design, gentle keys, and washes of delay and reverb fill the stereo spectrum, while highlighting Pete’s nuanced vocal performance. Lush string arrangements also provide a pillowy, emotive frame for some of these songs, evoking the occasional comparison to White Moth Black Butterfly. Pete and Ciaran site influences of modern and minimalist composers in their music, with roots in post rock and their own personal introspection. And, though there is a through-line from ALMA to Stranded, Not Lost, the duo’s approach to composition has changed over time:

‘Nowadays I work from my studio, it’s usually about playing around with various sounds or instruments, finding a motif and taking time to digest and develop it. Stranded, Not Lost was written as a whole album, rather than as individual songs, which was the first time we’d ever done something that way. We wanted to move a little away from our mostly guitar driven debut, and make something bigger and bolder. Something with space and openness, but still very intimate. I’d just left my job to build the studio and write the album as I went – I closed myself away for a while and wrote and recorded (and renovated) in a sort of infinite loop. It was a big process to be honest, but captures where we were at the time I think.’

Stranded, Not Lost dropped through Fierce Panda in February, 2018. The next step was to bring this music to the stage. The group’s layered, cinematic music sounds massive, yet minimal on the record. However, the challenge of bringing these multi-faceted tracks to a live setting requires a great deal of effort, especially with only two members in the group:

‘We tend to go through a lot of hours re-writing tracks for live performances. It usually involves both of us juggling 3 or 4 things at once – using loopstations and various pedals, a sampler, piano, sub synth and a sub octave on the guitar. It’s all about building and layering the tracks from scratch organically, and just working out the best way of going about it. No backing tracks or anything like that, it just wouldn’t be us.’

VLMV‘s integral and creative approach to their shows comes through in their live performances, which I’ve heard described as phenomenal. It is with this same capacity for introspection, expression, and innovation that will no doubt promise a bright future for the duo. In fact, the group’s third album is already in progress, and Pete answered my questions from his studio.

‘… as long as that goes well and we get to keep growing and reaching new places – we’ll be happy.’