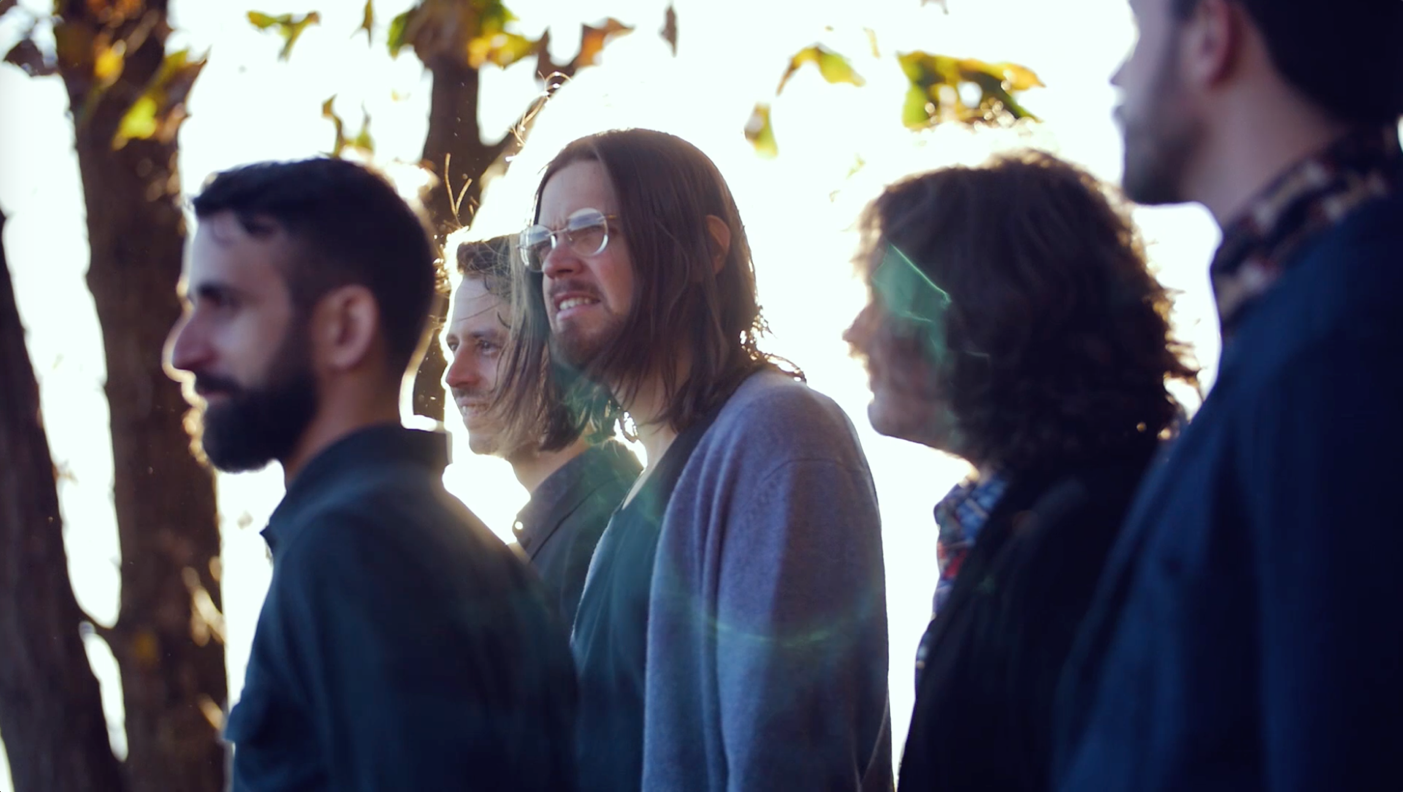 If you have a hankering for some ’60s/’70s prog worship with a modern twist, look no further, as Philadelphia’s The Tea Club are here to satisfy that craving. Weirdly enough, this group isn’t one that came out of nowhere over the past few years, as you would expect given how small they are in terms of ‘popularity’. As you likely know by now, popularity isn’t associated at all with inherent quality and substance; that goes for everything, not just music. Regarding musical popularity in terms of monthly listeners/followers/streams, The Tea Club are living proof that high numbers don’t dictate real, purposeful music.

Believe it or not, The Tea Club have been around for over a decade, hard at work when it comes to touring and releasing stellar music. Yet they are one of those special groups that, no matter what they do, continue to go unnoticed in the world of progressive rock. I hope to slowly change that with this feature. Even if that doesn’t necessarily change, much to my dismay, at least this special group can be our dirty little secret. Seriously, these guys are the next best thing since sliced bread.

Once you do finally get around to them and their special brand of prog rock, you will not be able to believe how you hadn’t heard of them sooner. I stumbled upon them while they were touring with Bent Knee and Thank You Scientist back in 2019, in a super-cramped venue in Minneapolis that had about fifty people, tops. It was an incredibly intimate show altogether, but when The Tea Club opened up the show and hit the stage, they blew me away. It was one of those eye-opening moments where you don’t expect the opening band to blow you away but they go ahead and do exactly that anyways.

All the bands on stage that day were absolutely stunning, but I left that show with another new band to keep close to my heart.  Those three bands are incredibly unique and I have a soft spot for all their music. Given the minds and hearts of the individuals who make up Thank You Scientist, Bent Knee, The Tea Club, and their crew, it makes me wonder what the experience touring across the country with a huge group of people is like. I’d imagine it’s incredibly humbling, especially being such a small, genuine group of people who work so tirelessly to bring us fabulous music. I checked in with Patrick McGowan of The Tea Club, and he had this to say about that tour and his favorite memories:

‘That tour was an odyssey for me. It was incredible and contained ecstatic highs and crushing lows, but it was remarkable and at times, actually magical. The people in all the bands are some of my favorite humans on Earth, so it was a total and complete joy to travel with them.

I think my favorite moments were getting to talk to the audiences after each show. It was just an incredible array of fascinating, devoted, thoughtful, interesting, talented, and passionate people. Some of them had waited years to see us perform, and getting a chance to meet them was just so damn good I can hardly describe it. I was often left in tears.’

Going through their discography, you’ll come to realize that The Tea Club love their classic prog and worship artists like Genesis, David Bowie, and King Crimson. Not only do they acknowledge the roots and history of the genre in their own music, The Tea Club also set their sights forward to try and create something new and musically invigorating built on that classic prog foundation. They modernize it in such a way that makes the music incredibly fresh yet very familiar at the same time. Their style of prog rock is revitalizing and unique, similar to how VOLA are doing their own thing making progressive metal/djent refreshing.

The Tea Club’s most recent record, If/When, released in 2019, is where I personally think they truly came into their own. On previous albums, such as Grappling and Quickly Quickly Quickly (released in 2015 and 2012 respectively), The Tea Club homed in on reviving that classic prog sound but with modernized production, effects, and fresh musical ideas. There is no shortage of various styles of music found in their vibrant sound, such as folk, electronica, and art rock. The incorporation of mystifying keyboards and synths into their instrumental repertoire adds another dimension to the melodies, as is heard on Grappling, most notably. That is one special record that could easily stand alongside the well-renowned prog releases from over the past few decades. With that being said, as much as I love Grappling, there is just something about If/When that I cannot pry myself from.

With If/When, the group aimed to make an even more refined sound, one that was much more personal and profound overall compared to previous works. Although a little more dialed back when it comes to musical showmanship, this album shines even more because of the musical reservation the band exhibits. That isn’t to say that The Tea Club don’t flex their prog roots on their latest effort, as they most certainly do. If you’re concerned that there isn’t enough prog on this record, just wait ’til you get to the 27-minute behemoth of a closing track, “Creature”, and all your doubts will have been for nothing. Patrick had this to say about the inception of “Creature”:

‘Dan and Joe had this idea of telling a story in a long-form musical piece. At first, I was totally against it. I felt like we had done a similar thing with our previous record, Grappling, and that we needed to do something new. But one afternoon Dan and Joe sat me down and wrote out the whole story on a whiteboard. They showed me the ‘journey’ and how the music and words would work together, and I thought it was just awesome. I was convinced. And so, we set out to make the best epic we could.

And, believe it or not, we trimmed a bunch of it for the record. The original was even longer. The record version is the ‘minimalist’ version!’

One of the new, unannounced wonders of the world is actually the full, original version of “Creature” believe it or not. Now that is something I want to experience. That song could be an entire album in itself, even the shortened version as appears on the record. That track is where The Tea Club go fully ballistic and let their musical virtuosity blow your mind to smithereens. Not only that, but there are also subtle callbacks to previous songs in the record, and it really allows for If/When to close full circle, with something as powerful and fulfilling as “Creature” is. There is very little that I dislike more than when songs are unnecessarily long and that is what I initially feared that this track was upon noticing its girthy runtime. Despite being the hulking length that it is, once you fully immerse yourself in the music, it is one of those songs that zooms right past you in the blink of an eye and leaves you desperate for more. This is one lengthy track where you actually wish it was even longer.

If/When is undoubtedly emotive and will strike a chord in anyone who possesses ears and a heart. The infectious nature of tracks like “Say Yes”, “If I Mean When”, and “Came at a Loss” are very relaxed and upbeat musically. Although they are the more straightforward crowd-pleaser tracks, there is definitely a lot to digest with the luscious instrumentation and effects. Then you have “Rivermen” come out of left-field as a slow burner that leads to a massive musical explosion towards its end. Don’t forget that the overly prog-indulgent “Creature” closes out the record in the most monumental way musically possible. There really is a little something for everyone on The Tea Club‘s latest record, and it’s presented in the best way imaginable.

If you like prog rock to any extent, I don’t care who you are, The Tea Club absolutely need to be on your radar and high up on your perpetually growing backlog of music to check out. It is painful to see musicians of this caliber go unnoticed each and every single day. Balance needs to be restored in this chaotic, unjust world. I eagerly await the day that The Tea Club become a household name in the world of progressive music.

The Tea Club is:

I can assure you that there is plenty of new music on the horizon from The Tea Club. Swing by their website, Facebook, and Bandcamp pages to stay up to date on when musical goodies start dropping later this year (ideally, thanks COVID…).