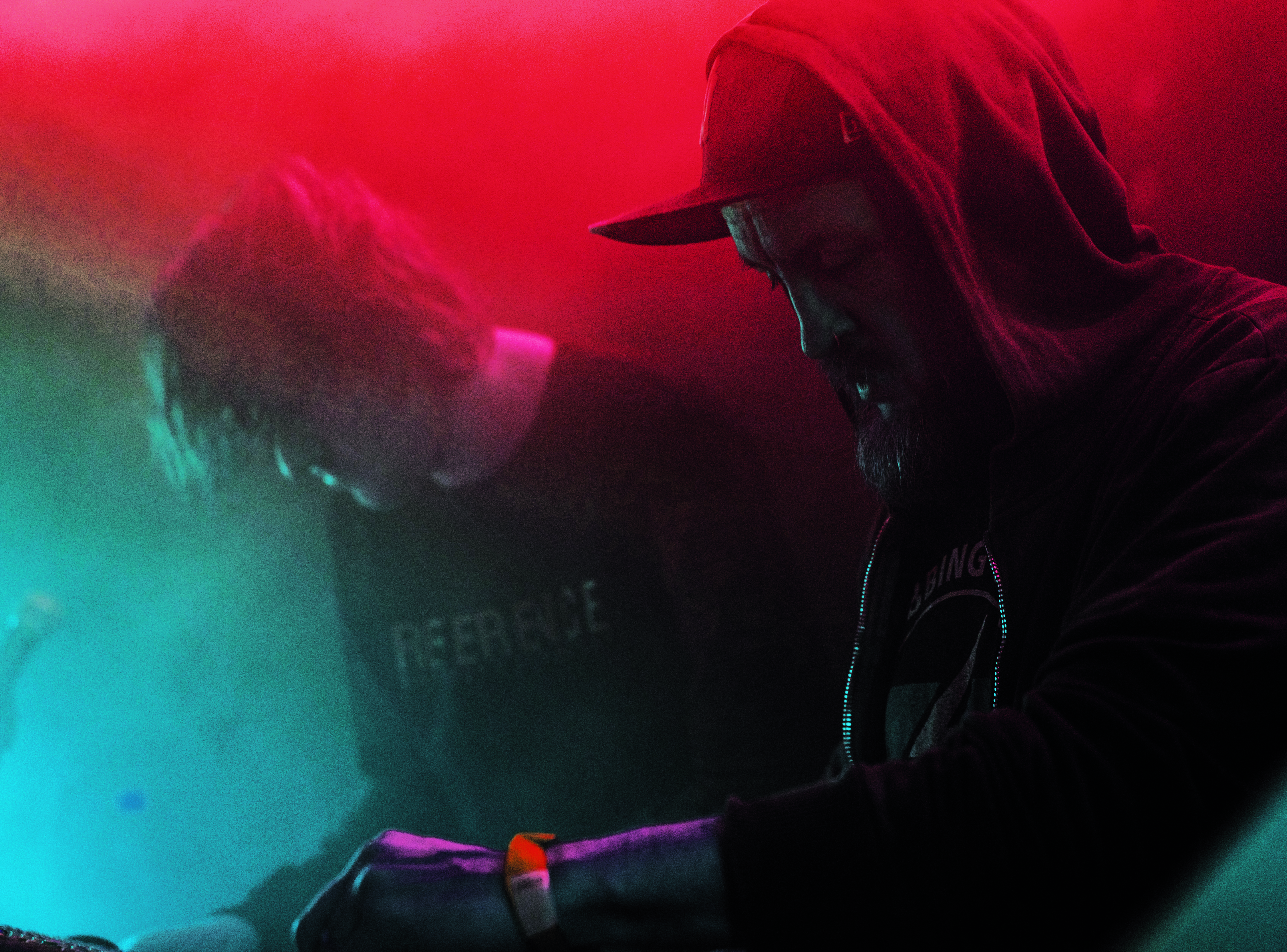 Zonal deliver a hard foreboding soundscape, and it’s a deep chasm to get lost in.

I have to admit, it took me a couple of goes.

Maybe it was the dumbfounding of expectations that threw me. Through Zonal‘s association with Godflesh‘s Justin Broadrick, I automatically assumed that there would be some potent metal nuances running along this album. Well, consider me educated. Wrecked is pretty far away from that.

Zonal is a murky electronic hip hop deviation that swiftly takes on enough substance to represent a lot more than side-project material. It’s clear that a lot of craft and engineering went into this 12 track ensemble. There is a distinct feeling of lost bewilderment that the artists clearly wanted to convey, and some very well harnessed electricity has gone into its distribution.

I now understand that Wrecked is your ultimate sinister daydream album for those perturbed dark seasons. Taking a bus ride on a dreary morning into work? This might be the record to encapsulate and furthermore treat your corresponding negative ailments. The beats are slow, pounding and muffled almost into obscurity. In this form of jagged rhythm and droney fuzz, there is no let-up. Once that feeling hits, it ain’t going away. It’s a reliably hazy slide through a technological underbelly and the accompanying sense of urban unease is far from subtle.

Joining Justin Broadrick in this quest is King Midas Sound‘s Kevin Martin. In the first half of the album, we are also treated to the vocal talents of rapper Moor Mother. This addition just about renders the line-up a match made in heaven. Moor Mother‘s local delivery is wrought with discontented musings of modern life. The poetic undertone to her words are substantial enough, but it’s the manner in which they are layered over the music that’s the real deal-breaker. Her voice serves as another slow, foreboding component to the sound, which bellows with a slow, deep and unwavering sense of purpose that’s hard not to be sucked in by.

As the vocals will swiftly enunciate, there is a rather interesting structure to Wrecked. Of the 12 songs, Moor Mother raps over six, and one might expect an every-other placement of her contribution across the album. This is not the case. Wrecked begins with all six vocal tracks, and the following six are purely instrumental. I, for one, admire the intention behind this. Vocals allow a vague sense of semblance and context to this music. When this element is removed, the motive behind Zonal‘s sound becomes way more vague. If you think of this album as a dream, then consider the second part the unguided plummet into a deeper level of obscurity.

If that was the intention, then it’s very effective.

There are some records you have to listen to wide awake. In the case of Wrecked, this is not a necessity, but that doesn’t mean you can take anything on Zonal‘s latest opus lightly. Everything about it exudes uncertainty, a rumbling underfoot of unhappy afterthoughts, which have been ground and evaporated into a dense cerebral fog. You may not find it digestible at first, but I implore you not to give up. Besides the musicianship and talent, there is also a drive to evoke, through music, a prevailing social consensus that all is not right, and that is art, folks. Give it a chance and you’ll feel it too!