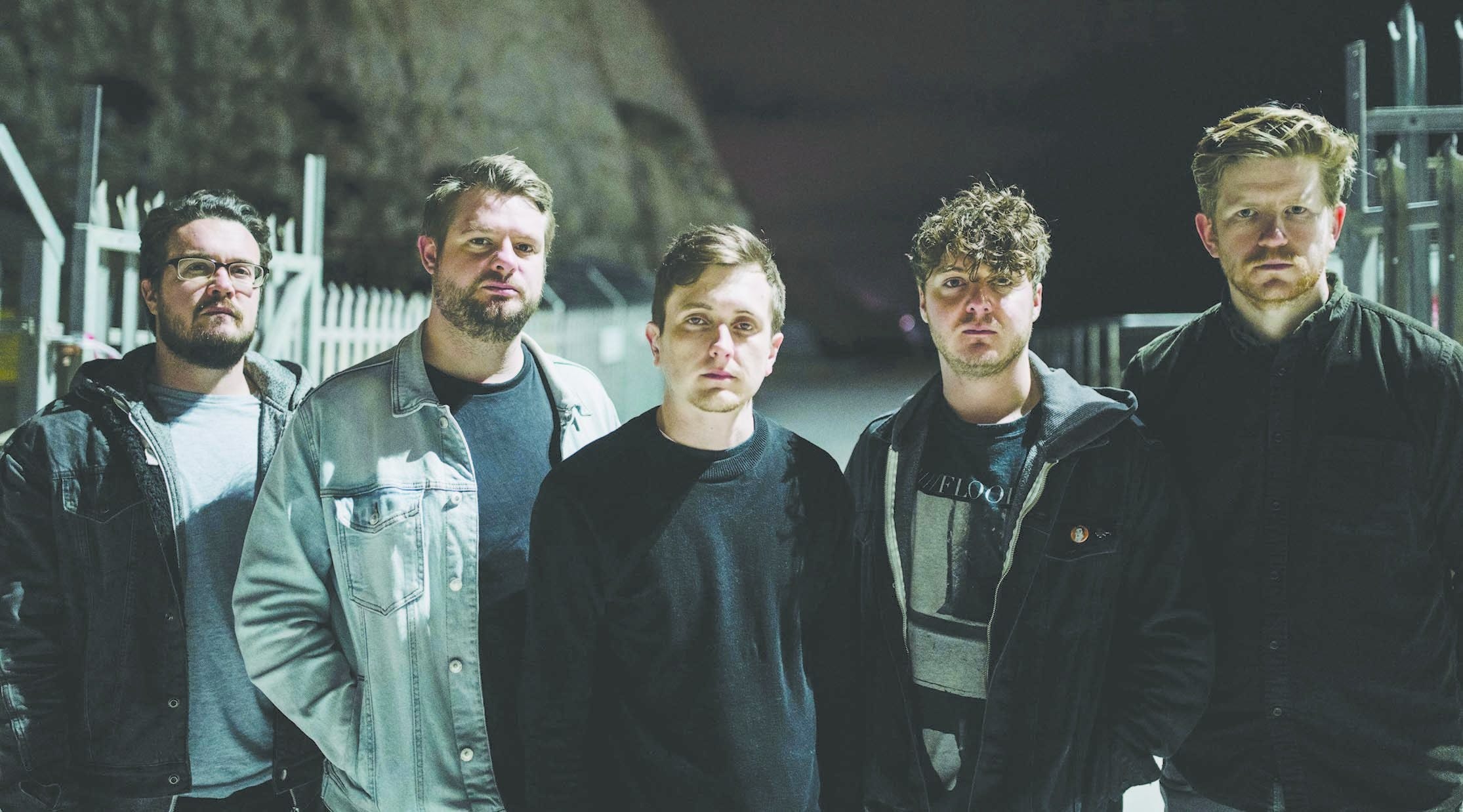 We Never Learned To Live – “The Sleepwalk Transmissions”

We Never Learned To Live made an impressive, emotional, and intricate record that combines ethereal ambiance and crushing post-hardcore with The Sleepwalk Transmissions.

Do you ever come across a record that you just know has been crafted with care and genuine emotion? If that is the case, I’m very happy for you. If not, let me introduce you to The Sleepwalk Transmissions is the latest record by British atmospheric post-hardcore band We Never Learned To Live. It’s a record that has been carefully woven to exactly do everything it can to craft the most seamless and natural listening experience I’ve heard in post-hardcore this year.

We start our dive into the sensory deprivation tank with “Permafrost”. The song opens with almost doom-ish drones and a crisp drum that echoes through the halls of an endless castle. Right from the start it is clear, every frequency sits exactly where it should be, every bit of room has been filled with echoes, and every note abstracted through reverb drips from your speakers like candle wax. After almost an entire minute, the drone takes a brief pause and you can almost hear the room around you breathe in, as the band readies themselves to unleash an ethereal blast of violence. Rhythm guitar and bass pound away at their strings as if to break them, bending the track under the massive weight of their dense low-end. Soon the lead guitar joins to bring a unique flavor of post-rock to the track, ambient and cold, yet not interfering with the heaviness of the track, instead enhancing the sonic palette of the band by adding an angelic beauty to this scenery of sonic violence.

After “Permafrost” ended, I was confused. How could the track end? I need more! I grabbed my mouse and immediately clicked on the next track. “Android Anesthetist” came on immediately, further bending my mind. The heaviness of “Permafrost” was still there, but there was a dreamy quality about the dissonance and chords involved in the intro of the track. Agonizing screams set against the almost pleading vocals furthered this feeling of a fever dream. After a short, clean break away from the distortion and chaos, the track refocuses itself into a softer, more rock-oriented piece. This extremely soft, almost glacial transition leads the listener so pleasantly into the following part, there is no confusion whatsoever to the stylistic change. It seems like a natural conclusion to what has laid itself bare before the listener’s eyes.

This second track is an example of how We Never Learned To Live writes transitions. The album doesn’t transition through interlude tracks, it transitions while the tracks are playing, intelligently creating a seamless performance by the band through constant change. Let’s prove our theory, shall we? The following track “Human Antenna” starts with more riffs and less chug than the last one and ends with ambient noise produced by the lead guitar through the layering of reverb pedals. Exactly this abstracted guitar is what greets us in the next song, “The Clocks”, a track that is more post-rock than any before, leading us not only into a new motif but another act of the album. These acts all have elements that consist out of post-hardcore, rock, and post-rock all letting one of these styles shine in the track while the others complement it.

We Never Learned To Live crafted a record that seems like a fun, atmospheric, maybe even a calming album for some, yet it is so much more upon closer inspection. Every instrument fits into the tracks like a gear into a clock.  The production is laid out in a way that optimally lets you focus on what’s important and leaves no room for any nonsense. Everything is almost always on the same audible level. This precision paired with the emotional delivery and the killer songwriting immensely impacted my experience of the record. Well done.