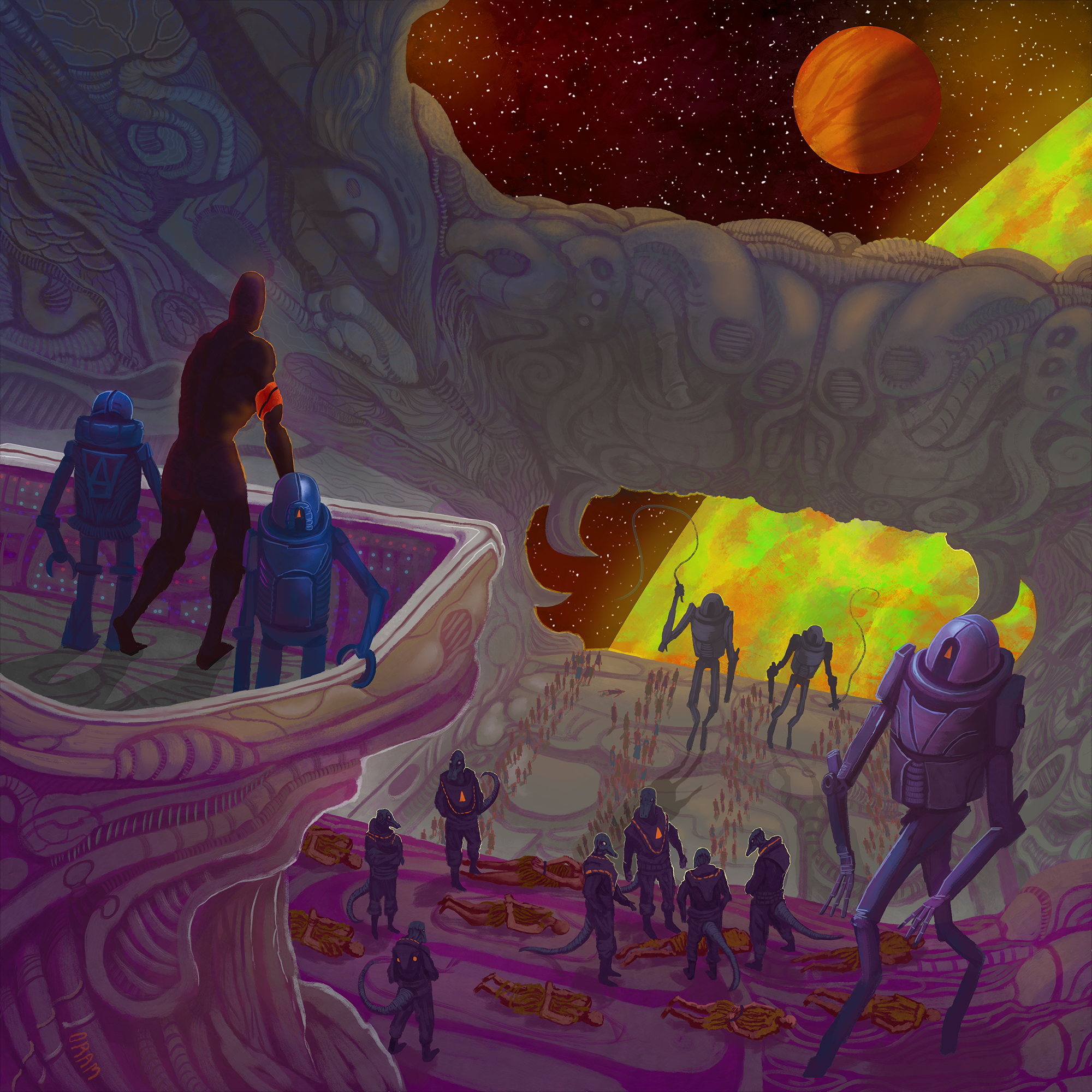 By David RodriguezSeptember 12, 2019 No Comments

Foregoing resting on their heaviness alone, Wallowing craft something special and heavy as hell with Planet Loss: a monolith of grinding sludge metal that shouldn’t – can’t – be ignored.

If Planet Loss is to be believed as a statement, no one is more pissed about our current state of affairs than Wallowing. Wielding a catastrophically crusty, grindy, sludgy weight around like a meteor, this UK quintet is bound to have one of the heaviest and most agonizingly good releases of that wheelhouse for 2019. I sat down waiting (weighting?) for destruction to be wrought upon me, but Planet Loss doesn’t seek to destroy you – it seeks to open your eyes to the destruction that’s already around you.

Be it environmental, societal, or political: everything has a place in Planet Loss‘ story, and it is a story. Each song focuses on an aspect of death, or at least that’s how I interpret it. Apparently, “Earthless” plods on about political effects on the state of the planet (political and environmental death), “Phosgene” unleashes maximal inferno-esque hell toward discrimination with special attention paid to racism and homophobia (societal death), and “Vessel” violently writhes against the stigma of mental illness (societal as well, but also personal death). I, uh…take all of this at the band’s word, as the vocals make the lyrics nigh-unintelligible, but the important aspect here is the music and how it also conveys those themes through the vehicle of a science-fiction-themed story.

One look at the cover art makes the incessant grinding and scraping found on “Earthless” make sense – it’s as if a robotic menace has come to exterminate the inhabitants of our planet because humans fucked it up so bad. Feedback loops act as a rallying cry for humankind’s end, drum blasts like artillery payloads knocking on the hulls of ships or bulwarks in what you thought were safe havens. You can’t hide from loss such as this – you can turn away, but you can’t escape it, it’s still there. It’s like being hunted incessantly. “Hail Creation” plays up that sort of tense drama with absolutely pummeling riffing and shrieking from the vocalist. It’s all so utterly primal and base, like an aural representation of our species’ abominable inclination to war. Riffs repeat, getting harder and slower each time, as if mimicking the cycle of despair we’re doomed to repeat.

Little accoutrements pepper the album throughout like a static, blown-out voiceover for the intro and outro track. They’re simple yut effective stage dressing for the conceptual side of the album, but also imbue it with a sense of urgency and anxiety, like you’re adrift in space with no one to call out for help to. It’s isolating and fear-inducing, breaking you down so the music can come in and crack your shell with waves upon waves of elephantine noise.

I won’t lie, Planet Loss took a bit to grow on me. The initial listens were nice, but ultimately didn’t really impress me until I delved a bit deeper, really pressing my ear drum to the noise so it invaded me (metaphorically – seriously, don’t do that). I can’t rightfully tell you what made it click better, but I implore that if you come away from your first or even second listen of Planet Loss unmoved, try again when you feel like being eaten away by sonic blasts of dirt and shrapnel.

Planet Loss is ceaseless in its endeavor to coat all the walls in a thick grime, but Wallowing just wish to show you what was already there. Maybe you’ve been blind to it, maybe it wasn’t loud enough for you, but neither are a valid excuse anymore with this band in the muck, slinging about sludge incarnate. This album corrodes you down to the core in a way unlike many others, and for that reason alone, it deserves your attention. Just be ready to be faced with horrors you’d struggle to even imagine.