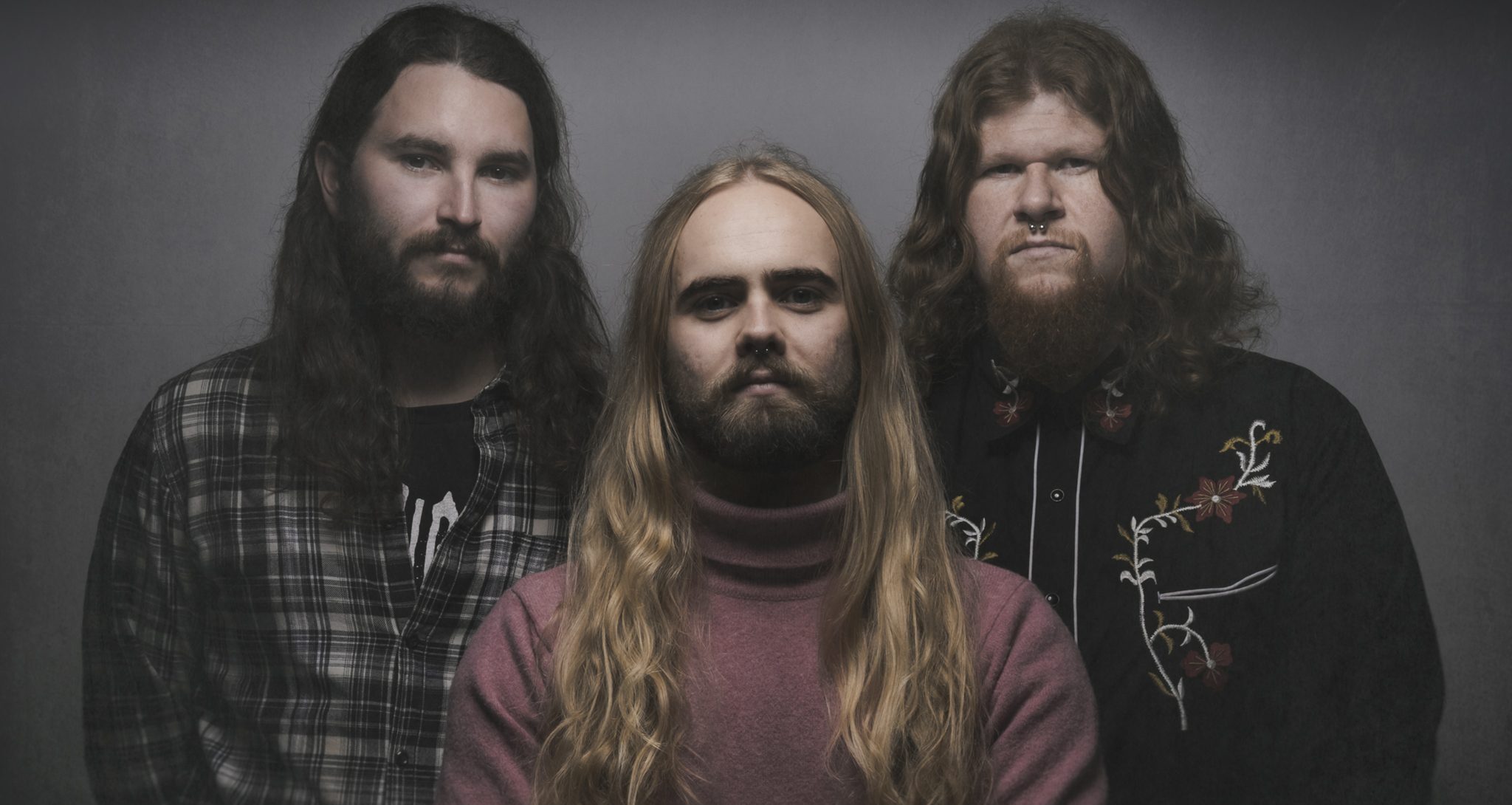 By David RodriguezMarch 18, 2022 No Comments

Volcanova take flight on their newest album, getting higher than they ever did before with Cosmic Bullshit.

A couple years ago, I stumbled upon a stoner rock band. Big deal, right? They’re a dime a dozen these days. Well, it’s not every stoner band that takes you on a hellish vacation with their music, nor elicits the desire to reach out to them to find out more about their craft, but, you know, that’s just what Volcanova managed with me. For me, they are one of the best stoner rock bands out there, so indebted to great writing, catchiness, and fun – the more theoretical and thematic tenants of stoned-out music. And their new album? Absolute bullshit.

Cosmic Bullshit, that is. I love an upfront title like that, one that just lays out all you need to know before you even hit play or even look at the art, though the band does a great job with sourcing some original art from gruesome fringe music go-to Skaðvaldur, and you should definitely look at it. There’s two kinds of ways you can push music forward, and that’s by either playing by utilizing your skills to blaze from trails with more progressive output, or follow more rules than you break in order to create the best possible stuff within those confines. Volcanova are firmly in the latter camp, rolling the same types of blunts many stoner bands have before them, but filled with the stickiest of the icky (*audience groans loudly*).

It’s true – this is not a half-baked endeavor. Volcanova only got six tracks and less than 30 minutes to fry you harder than a potato at McDonald’s, but they have a grand old time doing it. The riffs are supreme here, a veritable deity in the Icelandic trio’s world. Bass is forever rumbling below, always present and always an audible force, which is great because it tends to get buried in this type of music. Drums are a fascinating driver, steering the tempos to and fro’ and directing the energy of songs like a conductor’s wand. Vocals, while led by Sam who also plays guitar, Steini (bass) and Dagur (drums) also contribute to them, which makes the music much more powerful when you hear those choruses and gang harmonies. The trio have this immense palpable energy and understanding of how to best complement each other, which shows not only a professional and artistic synergy, but a great camaraderie between them.

Cynically, you could say Cosmic Bullshit is more of the same, but your follow-up should immediately be ‘is that a bad thing?‘ I’d utter a resounding ‘no’. I listen to “Salem”, the rip-roaring intro to this EP/mini-album with its pumping start and finger-contorting riffing, and just immediately start having a blast. I’m nodding, I’m tapping my foot to the bass drum, I’m wigglin’ around. I’m. Having. FUN. It continues the band’s fascination with occult imagery that was present on Radical Waves with absolutely no sacrifices made to what made that album so great. There’s even tasteful cowbell!

If you do want a little alteration to the stoner formula, then I’d point you to two songs. “End Of Time” take a bit more of a forlorn approach to the genre’s musicality with a somber, borderline macabre intro that still carries a catchy lilt in their acoustic guitars before switching to those grindy, dirty electric tones with the same melody. The song eventually catches a wave similar to their other songs, but this just… feels different. There’s drive, there’s that deserty tone so synonymous with stoner rock, but atmosphere just has a bigger focus here. It’s a real nice track! A longer one too, but not quite as long as the second track that’s also a bit different.

“Lost Spot” is the final track of this project, and the longest one that Volcanova have produced thus far in their young career by about a minute. At a literal second short of seven minutes, the song is a pumping jam with more distinct sections than you’d anticipate. It’s here, along with “End Of Time”, that Volcanova make good on that spacy theme alluded to with the Cosmic Bullshit name. The whole middle of the track is an open, winding section of slow and steady. Reverb coats the instruments, squeals are heard in the background, and everything just has an entropic feel to it despite the melody holding on for dear life in the vacuum of space. The band composes themselves and the vocals come back in for a rousing finish that keeps things at a low-mid pace as the lyrics bellow forth, ‘way down, down to where they belong/You hear the sound, the sound of them screaming on‘. It all ends with what I must assume is the Super Duper Van accelerating and shifting to high gear for a quick escape.

For Volcanova‘s second outing, two things ring true: the band have settled further into their groovy, fun, and catchy-as-hell schtick, but have also shown interest in bending their themes around to give their sound more heft and slight unpredictability. This is honestly more than a lot of bands in this field manage to try – let alone pull off well – throughout multi-album careers, and makes me really look forward to what the trio have planned next, something that should show itself is due time as they seem to turn out coherent, realized, and skillful projects relatively quickly. No matter what, one thing’s for sure: out of all the bullshit we have to endure in life, Cosmic Bullshit is by far the most welcomed.