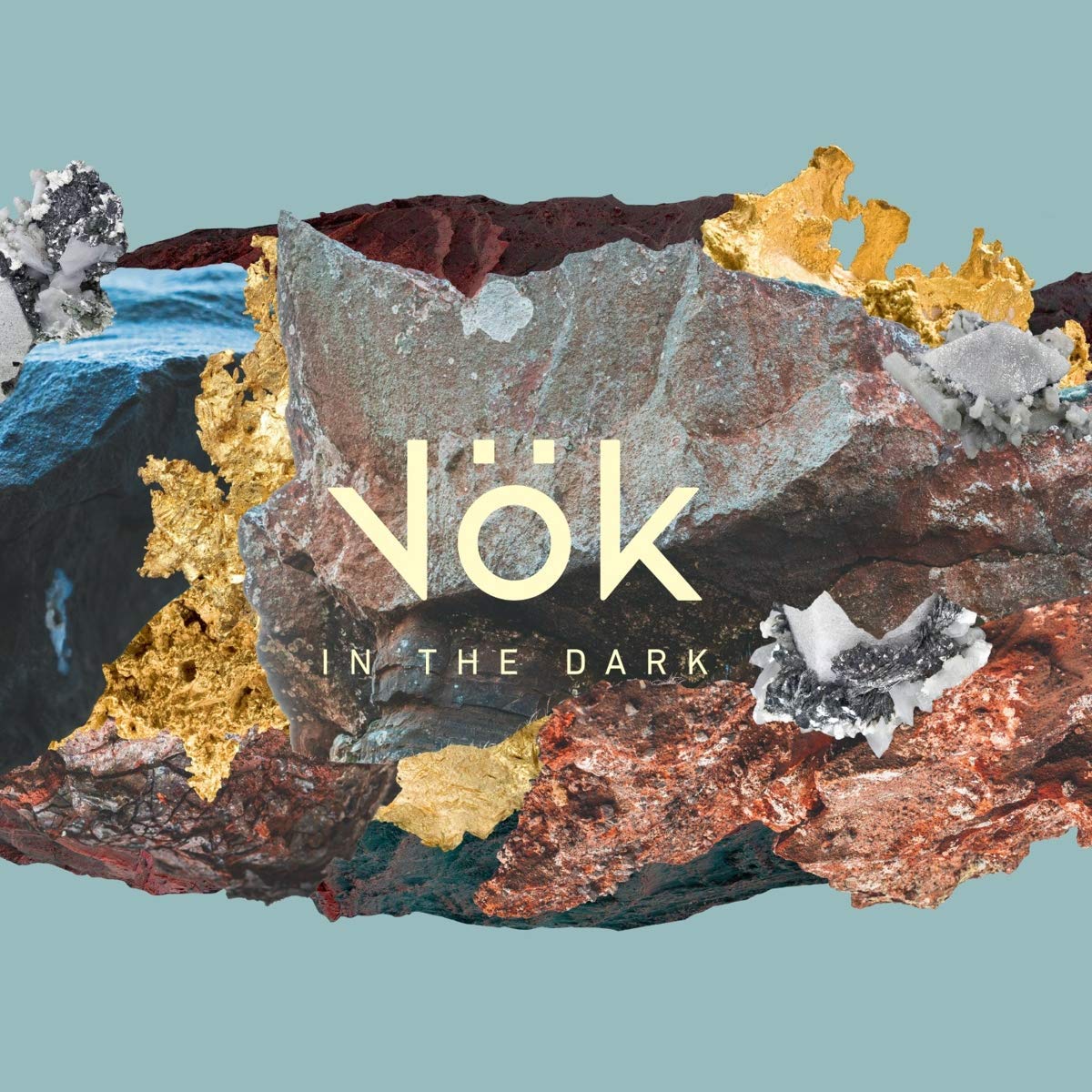 Even though it’s a tiny island in the North Atlantic Ocean, with a population just shy of 340,000 people, Iceland isn’t short of musical talent; spanning every imaginable genre – to call this pool of talent monumental would be an understatement. Whether it’s the experimental ingenuity of Björk, to the creative rock of Sólstafir, or the devastatingly emotional Sigur Rós, the Icelandic music scene has become synonymous with tastemaking influencers, whose profound talents are felt and worshipped the world over. Dream pop unit Vök seem more than on course to join these hallowed ranks and their second full length, In The Dark, goes a long way to securing a place amongst the greatest their country has to offer.

As a genre, pop music doesn’t always feel suited to the album format. Songs often follow the single format and as a result are all vying for the listener’s attention at once; destined to be divided up and shuffled into a variety of playlists, rather than existing as a cohesive aural experience audiences can return to. There’s a multitude of reasons for this, but mainly there’s an inherent belief, however accurate it may or may not be, that the audience for pop music is just not interested in long-form music. This results in a lot of artist output, lacking a sense of flow and direction.

However, In The Dark flies boldly in the face of this tradition by attempting to merge these two approaches into a unique concoction. Each song could easily stand alone as an epic single, but they also exist as a vital part of a whole. Vök have strived to deliver an album that is commercially viable, without sacrificing any of their artistic instinct or integrity, and the result is truly magical.

There is an infectious energy that is palatable throughout, transmitted through the earnest vibrancy of their palette of sound. From the electric Chvrches-esque “Night & Day” with it’s breathless vocals and soaring synth sections, all the way through to the pulsing and seductively understated “No Direction“. Regardless of the tool Vök are utilizing in that moment, it is applied with the same verve and luminosity that serves to enrich the entire listener experience. Although whilst Vök navigate beautifully over the much feared sophomore slump In The Dark’s greatest successes are at times its largest adversary. The constant surging energy, whilst providing forward momentum, lacks a variation in texture at times becoming somewhat monotone.

The star of the show is the inimitable Margrét Rán, whose incredible talent and creativity with vocal melodies allows her to constantly reinvent herself across the album, serving each song with raw emotional honesty and never replicating herself or resting on her laurels. It’s this versatility of performance that truly makes each song memorable and forms the bright burning core of In The Dark’s majesty.

With this latest endeavor, Vök have continued to build on the strong foundation of their debut full length, noticeably evolving their sound further in all aspects. They have crafted a piece of work that perfectly captures and confidently meets the huge potential that their debut promised, and they show no sign of stopping now. Vök may have brought us music that feels immediately gripping, but don’t confuse it with urgency – they’re just getting started, and what this stunning sophomore effort calls and beautifully signals to us is – there’s plenty more where that came from.