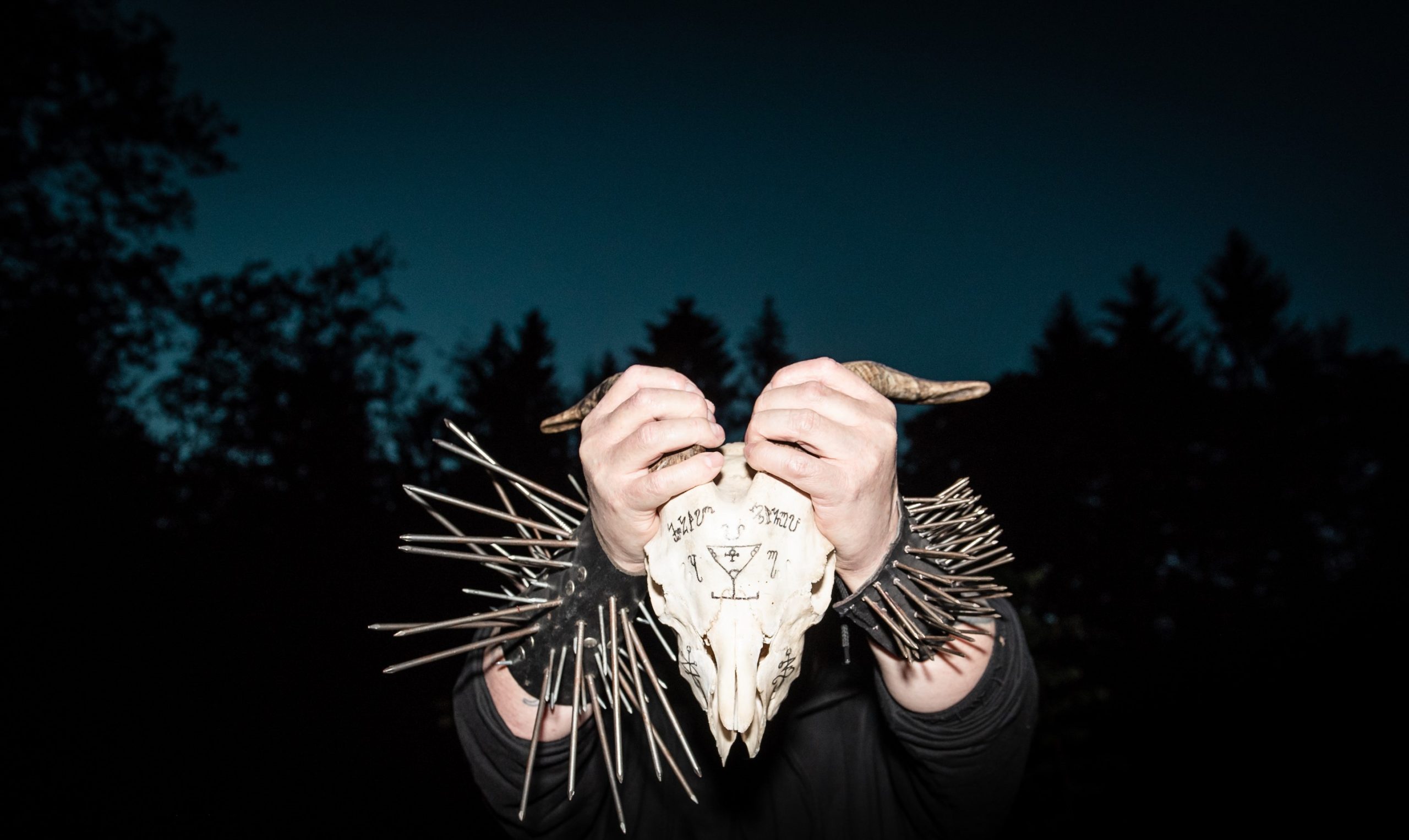 Ulveblod‘s debut release Omnia Mors Aequat is like reliving your worst nightmare over and over, a scorching blend of black metal and noise.

Ulveblod is the apocalyptic new project of Vitriol, best known for his work as the guitarist of Dutch black metal band Nihill. Since the passing of Nihill’s vocalist M. last year, Vitriol has been crafting a new and terrifying album: Omnia Mors Aequat. I’ve spent a fair bit of time with this release, and I still don’t really know what to think of it. Let me warn you straight off the bat, listening to Omnia Mors Aequat is like eating a bowl of charcoal, but with your ears. Any moments of beauty are few and far between, and yet there’s something extremely powerful about it.

There are only five tracks on Omnia Mors Aequat, but don’t let that fool you – it’s a tough album. If you decide to go ahead and listen to it, you will almost certainly be fighting the urge to turn it off at some point. For me, that point was about halfway through the first track, “Seven Heads And Ten Horns”, when I realised its abrasive nature would not yield to any kind of relatable structure, or the satisfying release of tension most of us enjoy so much in music. I liked the reverb and delay on the vocals, and the rest just sounded like a headache, on top of making my chest feel funny. I pushed through it, though, to find on closer inspection that “Seven Heads” does, in fact, have a structure of sorts. It also ends with a lovely, gentle soundscape, which was extremely welcome after everything Ulveblod had put me through previously.

This respite doesn’t last long, though – “Purified By Fyre”, the album’s second track, is musically more direct and less buried under distortion than “Seven Heads”, but still just as grating, if not more so. It’s a very literal track, filled with demonic, sizzling guitars, the bass imitating the thunderous roar of flames. The whole track is tense, almost infuriatingly repetitive, and highly unpleasant. Whether or not that’s necessarily a bad thing, I still can’t seem to figure out.

By contrast, I actually do quite like “Chaosophy”. Compared to all the previous tracks, it’s almost groovy, and, beneath its scorching, noisy shell, it even has a doomy riff. I also think the third song, “In The Shadow Of Sephira Keter”, is oddly intriguing –  a claustrophobic, schizophrenic, gruelling nightmare world. The first time I heard it, it hit me in the face so hard I only realised when my lungs started demanding air that I’d forgotten to breathe. Somehow, in amongst its hideousness, I found it elevating to the point where I didn’t feel quite real anymore, and a strange sense of complete calm came over me. It’s abrasive, but also spacious, the vocalist’s screams seeming to stretch on forever, cradled in metallic reverb.

The hardest thing about Omnia Mors Aequat is figuring out what to listen for, and even then, it’s sometimes hard to tell if what you’ve latched onto is even real. I know that sounds strange, but it can be challenging trying to gauge whether details in the music are actually there or hallucinations, the brain desperately trying to fabricate something relatable within this surreal, corrosive wasteland. This is especially true on “The Dying Wound of God”, the album’s 21-minute closing track, which sits on one idea for so long that static morphs into beautiful pulses, and melodies are born out of reverb. Weird, right?

Throughout the whole experience, I found myself returning to one question, over and over: why does this album exist? What is its purpose, what was the intent behind it? It’s clear that it’s a release of emotion, perhaps it’s a form of catharsis, or maybe Ulveblod are trying to make me feel what they feel. Omnia Mors Aequat almost hurts to listen to, and it demands attention in the most unnerving manner, like it’s taken on a twisted physical form of its own: ‘look at how deformed I am, aren’t I disgusting? I dare you to look away.’ At points, it’s quite simply horrible, everything clashing with no sense of direction, reason, or musicality beyond the fact that it’s organised sound, my ears physically going numb from the sheer onslaught of noise.

In its chaos and confusion, Omnia Mors Aequat becomes the creature with seven heads and ten horns, it becomes the fire, the shadow, the wound. Its stark abstractness makes it unbearably real and so tangible it’s frightening. It becomes more than music, more than noise – it’s larger than life, and somehow simultaneously has torn itself into pieces so small you could brush them off with the back of your hand and send them flying into insignificance. I’m not sure I ‘get it’; I find myself strangely enamoured with it, but to say I like it would still be a gross overstatement.