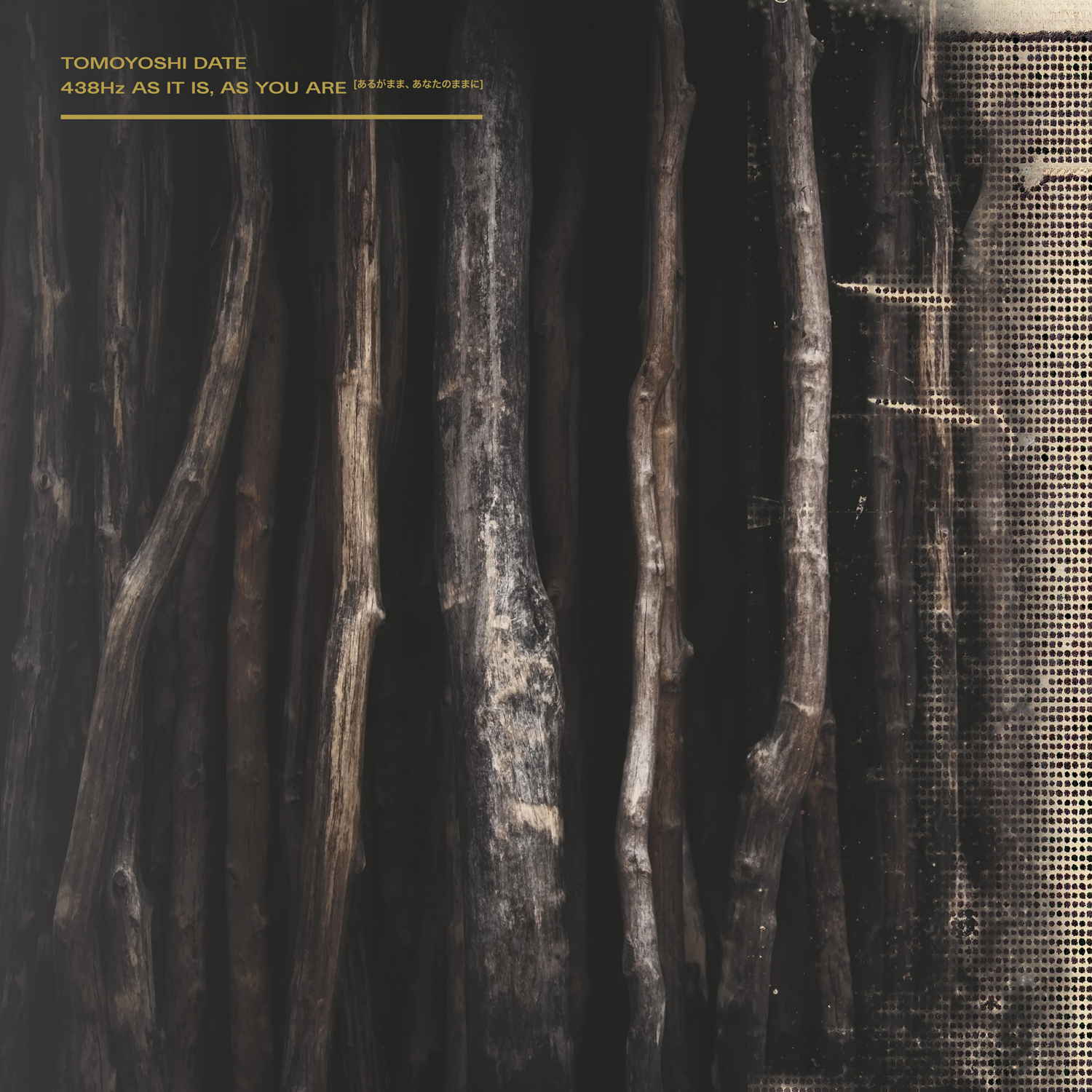 By Dominik BöhmerDecember 14, 2022 No Comments

After 11 years of collaborations, Tomoyoshi Date finally unveils a new solo album with 438Hz As It Is, As You Are.

Now, I did not intend to take on another review this year after finishing the batch I already had signed up for. December is busy enough as is, what with all the year-end content and holiday preparations and such. When I saw a new release by Tomoyoshi Date on the review list, however, the gears in my head started turning. I knew I remembered the name, but I couldn’t match it with the right memory for the life of me. So I went to the label’s Bandcamp page and listened to one of the singles at random. Right then and there, I realized I had to write about 438Hz As It Is, As You Are, because that one song had almost made me cry from how beautiful it is.

Tomoyoshi Date is a Japanese composer of ambient music (and also an emergency room doctor) who began splicing organic and electronic sounds back in 1998. Between the two solo releases he put out so far – 2008’s Human Being and 2011’s Otoha – and 438Hz As It Is, As You Are, his third one, he mainly focused on collaborations with musicians such as Belgian guitarist Stijn Hüwels or Argentinian composer Federico Durand. While all of his past endeavors were worthwhile, and I would encourage you to explore them, this new album might well be his opus magnum for the time being.

Adjusting to and actively appreciating the beauty of the rustic, the imperfect is a key component of Japanese philosophy (the concept of wabi-sabi should ideally ring a few bells); Date has, knowingly or not, set it to music quite stunningly here. You see, 438Hz As It Is, As You Are was created on a decaying ‘50s upright piano that just wouldn’t hold its tune anymore. In fact, the instrument’s current pitch of 438Hz will only continue to degrade from here on out. Instead of tossing it out, though, Date wholeheartedly embraced the piano’s sorry state and built his new compositions around it. As It Is. The resulting album is meant to be played at both 33 and 45 rpm, depending on the listener’s state of mind and their surroundings. As You Are.

Imagine, then, how radically a song would be transformed by being played at different speeds. Making that the whole point of a record is a pretty ingenious idea. I would like to demonstrate this effect with one of the four tracks on here – doing all four would, in my opinion, give away a little more than I’m comfortable with. So, remember the song I mentioned earlier? The one that almost had me in tears? That was ”熱 Netsu“, more specifically its 45 rpm version. Chimes are suspended in the air like dancing snowflakes frozen in time, fragile and lustrous, while the piano sounds homely, earthy, almost as if it were a humble rural hut braving the snowfall. A sweet winter’s day memory presented through music.

Its 33 rpm counterpart is decidedly more haunting. Slowing down the entire composition reveals new layers, especially in the way it distorts the chimes, and the piano takes on a much more nostalgic hue as well. Gone is the winter’s day, and its memory lingers but faintly in the air. Instead, this is now a recollection of a lifetime’s worth of winters, equally survived and enjoyed. ”熱 Netsu“ gains a new kind of beauty through its newfound slowness; as do the other three songs on 438Hz As It Is, As You Are.

Call it destiny or serendipity; fact is that happening upon this record felt like randomly finding 10 bucks on the street – very nice. Tomoyoshi Date is a name I won’t forget again anytime soon, because 438Hz As It Is, As You Are gently burned it into my synapses. If you’re looking for an early winter discovery that will get you through the cold and grey, here you go; this one will keep you fine company.