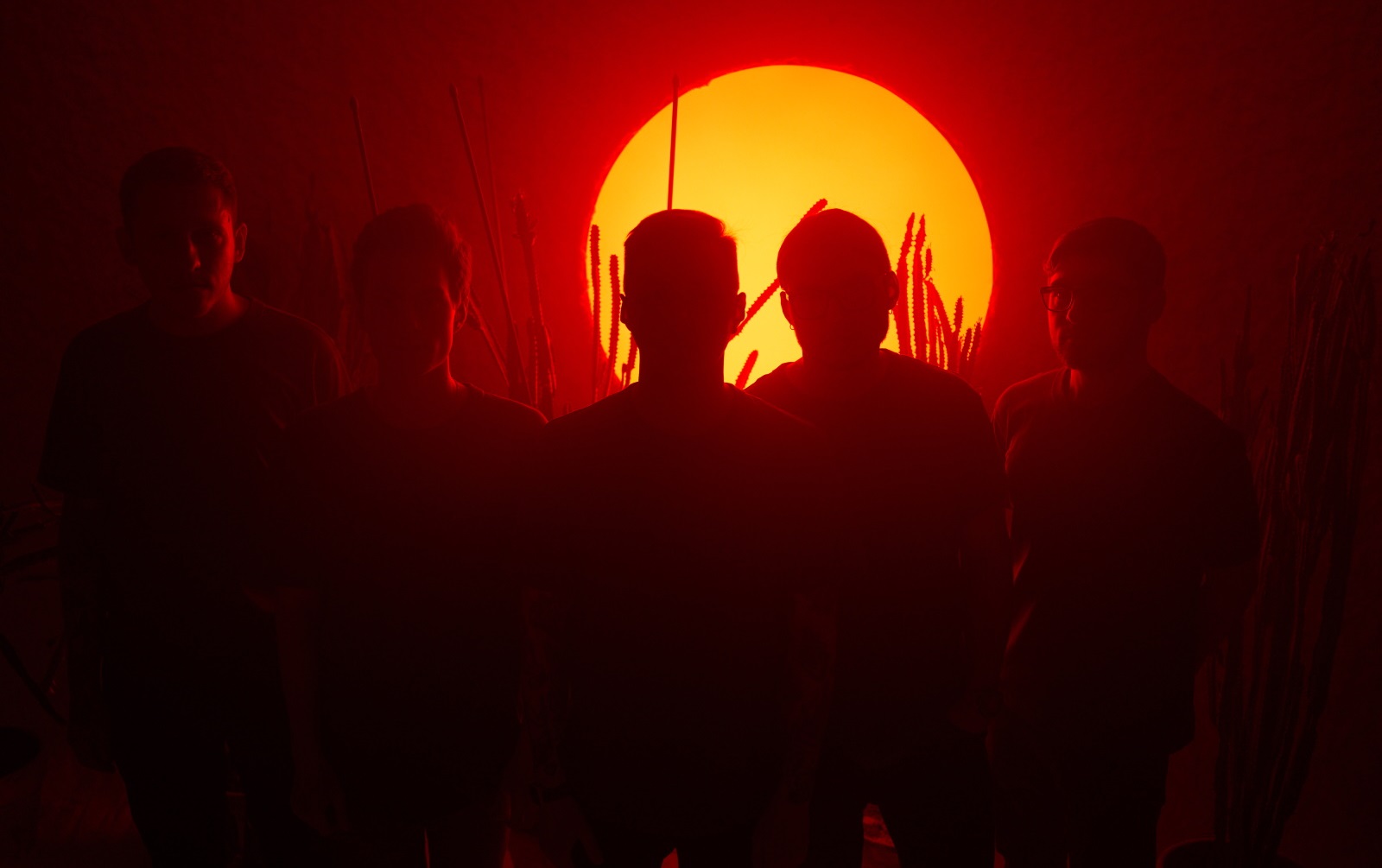 There’s a lot of post-black metal out there, and lots of it is… well… pretty samey. Soras, the fifth release by the Russian five-piece Toluca, is (kind of?) no exception – but it mainly keeps the good parts. If what generally puts you off from any band with ‘black’ in the genre label are the vocals, you might just be in luck; Toluca don’t often screech, preferring a more hardcore/screamo style. Don’t be fooled, though: elements of the music are still very traditionally black metal, with blast beats making some appearances and wonderful, despairingly tremolo-picked guitar lines.

I used to be quite into black metal, especially the more modern kind – Liturgy, early Krallice, some Deafheaven and so on. I’ve always found the way it conveys emotion to resonate with me; it’s perfect music for trying to come to terms with feelings of negativity, or just stewing in them for a while in meek acceptance. The first time I listened to Soras, I was in a particularly shitty mood, so I put on this album, hoping that it would be the emotional release I needed.

From the first few notes of album opener “Leraje”, I could feel my face soften and the goosebumps start to creep up my arms. It’s a beautiful sounding song – the guitars wither and bloom, occasionally pulling apart to form simple but effective harmonised lines, and the bass tone is to die for. Delicate, delay-soaked atmospheric sections bleed into some hard-hitting, almost Leprous-like riffs complete with screamed vocals and blast beats. Modulations to different keys create contrast and uplift, beautiful but so, so sad, the despairing vocals tugging at my heartstrings. “Leraje” ends with the guitars slowly drowning in reverb, until that’s all that remains, and I’m left feeling vividly sad, but also thoroughly more emotionally balanced than I was before.

As with a lot of black metal derivative music, Soras is heavily based in atmosphere and emotion, using the music to evoke imagery. “Raum” is especially powerful in this regard – its gorgeously gazey clean sections make me imagine cowering by a lake at night with a big starry sky above me, slowly freezing, just hoping to survive the night, but at the same time giving up and giving in. It’s a very emotionally heavy song, from its gentle beginning to its trudging and depressing demise.

Throughout the album, Toluca play with dissonance and resolve, contrasting tones and some unusual instrumentation: acoustic guitar, tambourine, and saxophone make appearances in this often more traditional blackgazey landscape. “Shax” is, to me, one of the most interesting songs on the album, richly contrasted within itself, but still coherent. It places major chords next to crunchy dissonance, and palm-muted guitar lines offer a nice rhythmic contrast to classic black metal tremolo picking. Toluca weave in and out of tradition on this song, layering much more typically black metal vocals over openly strummed chords, blast beats turning into much needed stabs between which the only sound is vocalist Dima screaming.

Contrast is certainly at the centre of all the songs on this album. Unfortunately, the risks Toluca take with unusual feels, scales, and section changes don’t always make complete sense to me. “Gusion” opens and closes with the drums playing a variation on a classic jazz swing which I just don’t feel works, and there are many pretty haphazard transitions between sections throughout the album. On the other hand, it feels like in some areas, Toluca didn’t take enough risks – the beautiful delays and reverbs start feeling overused about halfway through the album, and the contour of some chord progressions start becoming a little predictable. On top of all this, the drums, especially the cymbals and snare, sound very aggressive and have me wondering if they’re programmed.

Situations where Toluca take risks with chords and key changes often do pay off, resulting in some of the most unexpectedly stunning moments on the album, and I’m left wanting more of these. I find the album as a whole slightly confusing, but perhaps it just needs more time to grow on me. If you like surprises, beautiful guitar tones, and an overarching theme of melancholy, I definitely recommend Soras to you.