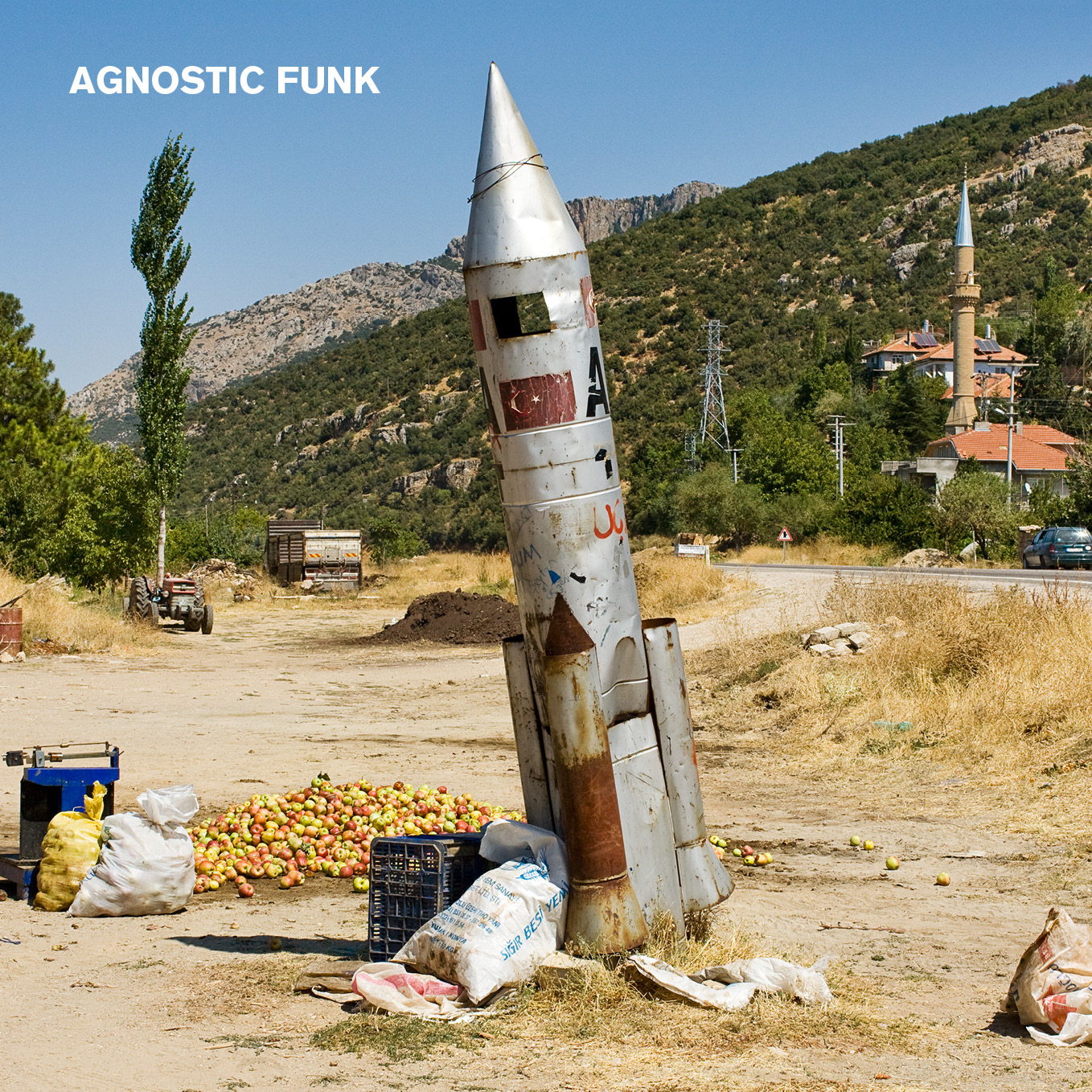 By David RodriguezFebruary 28, 2019 No Comments

Tics‘ Agnostic Funk finds time to rail against the establishment in its many forms while, rocking us with its catchy, punk-infused music.

Naming an album Agnostic Funk carries a lot of imagery with it, especially when paired with the seemingly non sequitur cover art that itself asks a lot of questions. Can funk be agnostic? Does it matter? This music isn’t even funk. That’s a statement, not a question, but regardless, the music that is on here is quite eclectic. Germany’s Tics relish in the offbeat, at least tonally speaking, and their interestingly named album is an energetic outing that makes a statement without sacrificing fun. Today, not only do we bring you a review of this crispy album, we also have the full album stream below!

This is music that just begs to be heard live. It’s kinetic and fun, worthy of making a fool of yourself on the dance floor to. None of it is wasted effort either. Agnostic Funk is billed as an album, but structured like an EP (eight songs, none of which break the three-minute mark), trapping all of their energy into a tight ball that leaves little room for error. This is all a compelling recipe as Tics takes the vibrant flamboyancy of a 90s-era Nickelodeon cartoon and distills it into punk-infused rock, as catchy as it is purposeful.

Although often blurred, there’s a delineation between the two most prominent sides of Tics‘ music. Simply put, the erratic and the catchy. “Guerilla” pumps you full of groove with a sustained bass lick, using some sparse saxophone at the end to make for an explosive ending. It’s probably the most danceable track on the album. It leads into the more serious-toned “Blessed” which I put some thoughts down about when we premiered the track. Tone aside, its downward bass riffing and high-pitched vocals make for a sharp song, and the chorus marks a similar dispensing of pent-up zeal found in the end of “Guerilla”.

On the other side, we have songs like “Soft Panic”, which crashes out of the gate with hardy guitar work and immediate vocals. Saxophone shows up here as well, also at the end, but it’s used in a way to almost tranquilize the song into a soft ending. Similar elements, different approach. The jubilant glee of “Boring” is anything but, showing exactly how Tics are capable of blurring the two sides together into one cohesive unit. This is where the band succeed the most. Listen to “Get Rich” to see what I mean. The chorus offers the advice of following your passion in life as it’s flanked by washy, surf rock-esque guitar segments and bouncy verse sections.

Probably the only outlier here, removed furthest from either side referenced earlier, is “The Tide”. A plucky little track that is definitely catchy with its sunny piano strikes and melodic vocals, but it’s a comparatively low key effort. In the bigger picture, it’s a wonderful closing track to an album that has a ton of unrelenting zip in its step. Every high needs a comedown, and “The Tide” is a great break before Agnostic Funk loops into its fast-paced opening track. As short as the album and tracks are, I’m almost left wanting. Tics offer something that doesn’t feel lacking, I simply wanted a bit more time to enjoy the clean, tightly-wound chaos.

Agnostic Funk just doesn’t quit. In its sub-20-minute run time, it remains peppy and entertaining, even while directly referencing weighty topics likes the Cold War, fascism, and anti-Semitism. More importantly, it makes you feel good. The structure Tics went with makes a simple approach feel defiant in the face of music complicating itself to death. An artistic statement if there ever was one. Lovely stuff!

What do you think? Agree? Disagree? Listen to Agnostic Funk and decide for yourself!