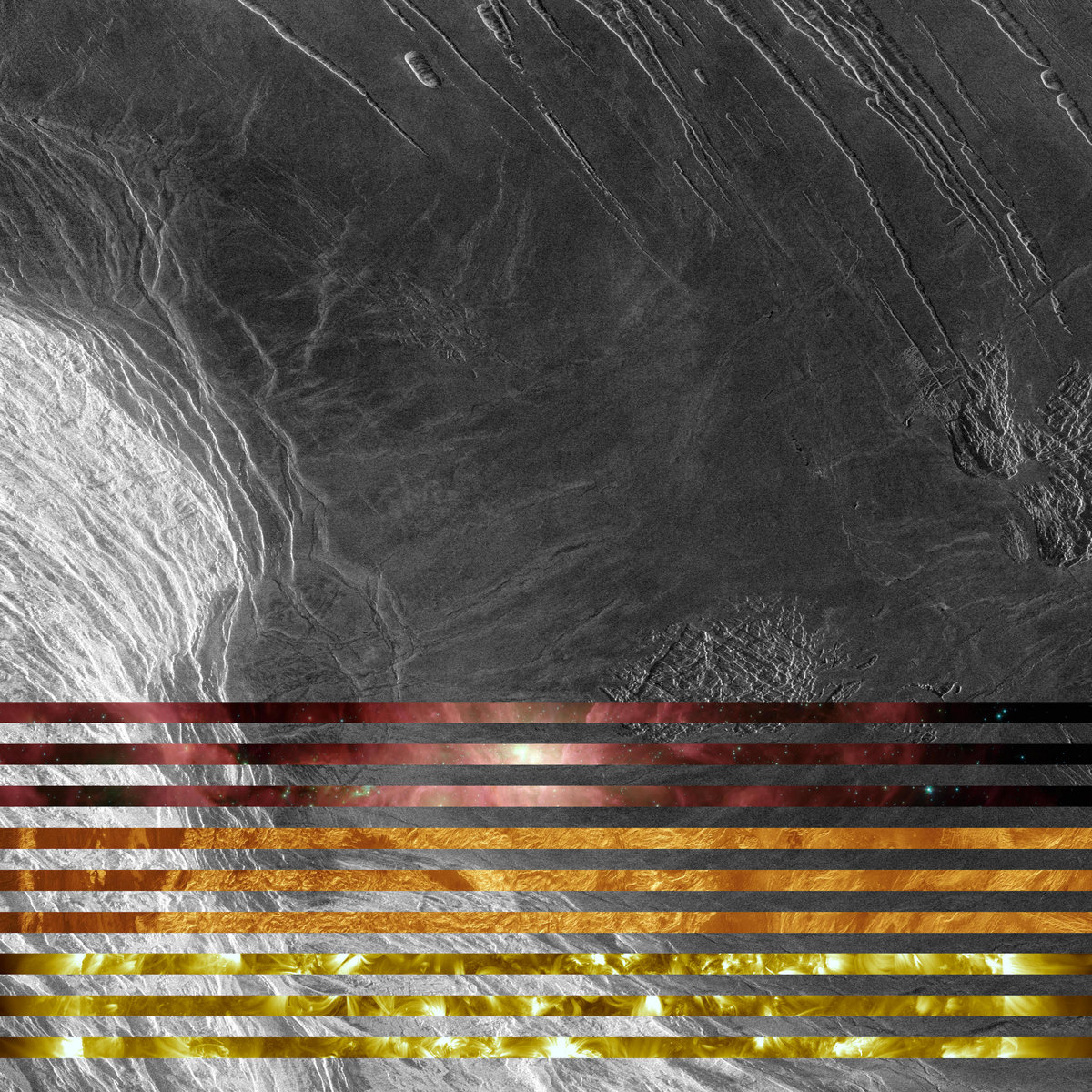 The Wind in the Trees‘ sophomore record is as punishing and relentless as you’d expect.

You and me both know why you’re here: you want that heavy noise, and in your search you ended up here. Greetings, you came to the right place! The Wind in the Trees has our back with Architects of Light, unleashing some wild ideas towards us, pelting our ears with screeches and other crazy stuff. As I talked a little about their debut, their follow-up could very well conform to the same general outlines, but with some obvious particularities.

On top of what looks like either something under the microscope or the lunar surface, the cover art slapped two instances of the sun and a nebula, split into strips. I very much like the idea and the chromatic of it as well, but I just don’t see it connecting in any way to the music, not even ironically or antithetically. I have a similar feeling about the title of the album, too. When digging into the lyrics, we can see the whole cosmic theme more clearly outlined as this dark, empty, and relentless void. I’m still not exactly feeling the connection with the sounds. Maybe it wasn’t meant to connect? We’ll never know. Does it really matter in this case? Probably not.

Now, my first real qualm with the record was the production. If you play their songs straight from a gift of bricks from the sky through Architects of Light, it’s like you’re going from nicely paved roads right into potholes and barbed wire. I’m really not feeling or understanding the tone choices here. They’re extremely murky, loose, and raw, although that might be entirely on me; I rarely manage to appreciate these types of tones. I do have to admit, it makes everything sound brutal tenfold. Otherwise, I can’t realistically complain, since the layers are perfectly distinguishable and audible, and their staging is par for the course as far as mathcore is concerned.

What caught my attention especially, and arguably the most important part of a record, is the songwriting. Sure, everything is really brutal just like before, but is it more memorable, and is it a more creative representation of the explored stylistic areas? Yes to both. The song that really hooked me in was “Serpent Bearer”. There’s a strong Car Bomb tinge in the repeating riff throughout the song, and I love the way they put that to use. You can definitely hear where it’s coming from, but it has the band’s unique flavor attached properly to it.

Similar downtuned sliding riffs can be heard throughout the record, and they’re a snug fit with the unfolding chaos. There are also some wild high-pitched dissonant screeches scrambling around frantically, for example on “Prismatic Nebula”, in the vein of what you would’ve heard on Frontierer‘s Orange Mathematics, but again twisted in The Wind in the Trees‘ unique flavor. Given the state of the current mathcore revival that’s going on in the USA, with bands usually sounding like copies of other copies, The Wind in the Trees really manage to stand out and offer a fun experience.

Architects of Light is everything you want from a mathcore record. It’s ingenious, doesn’t fuck around, and delivers on virtually every side. The Wind in the Trees give us not just a solid release, but a reassurance that wherever they’ll be going forward in terms of output, is something that has to be followed. Enough rambling, go hit play and let the pummeling noise do the talking.