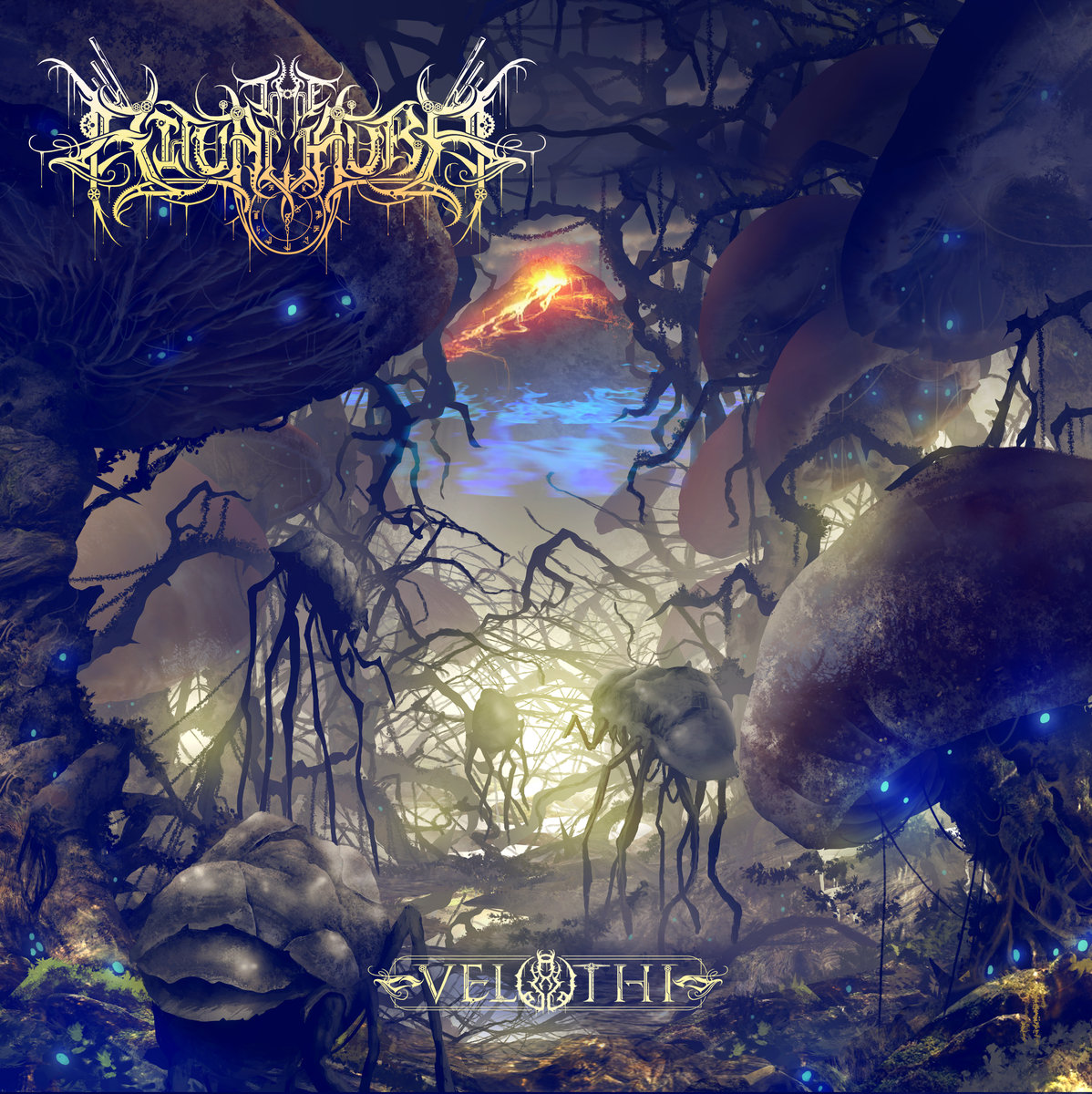 By Robert MiklosOctober 3, 2019 No Comments

The Ritual Aura made one of the finest technical death metal albums recently. Velothi is testament to the fact that tech death can be far more than bludgeoning riffs and machine gun drums.

Hailing from Australia, The Ritual Aura are a fairly young metal band. Velothi is their third album, but it feels like it’s their fifth or sixth given the level of creativity and prowess that sizzles around its edges. Personally I am not entirely surprised of the band’s exemplary musicianship; Australia has proven time and time again that it is a fertile breeding ground for remarkable musical acts. On Velothi, the band employs the skills of nearly a dozen guest musicians, along with an extended lineup to achieve the massive and diverse sound that is present.

What the album lacks in length (it clocks in just seventeen seconds shy of half an hour), it makes up for in basically every other aspect. It is a densely packed affair that finds a middle ground between progressive sensibilities, symphonic overtones, and the sheer brutality of technical death metal. Add to all of this the fact that the lyrical side leans on lore from The Elder Scrolls series to breathe some mythical qualities to the tunes and you can’t fail. Of course, this ethereal edge also transpires from how the music is put together, with the orchestral edge emphasizing this particular aspect.

“Destati / The Womb, Astral” opens up the album with a very elegant air. It is a lone concert piano that misleads us into thinking this will be an easy affair. However, that couldn’t be further from the truth. “Sunder I: Lorkhan, Heir of the Void” blasts aggressively into some tasteful, riffy death metal accompanied by choir-like vocals, breaking rather abruptly and oozing into the eerie beginning of “Sunder II: Elysian Flesh-Divinity”. While I’m not exactly a fan of heavily processed vocals, they really kick things into gear around here, adding that much needed demonic timbre. Here we also encounter the first bits of violin that accompany us all the way to the end. “Sunder III: A Reasonable Amount of Selfishness” comes guns blazing with some really sweet lead guitars above the churning riffs which fade out only for a few moments to make room for that even sweeter violin again. The final song in the Sunder series continues in a similar vein, leading the action aptly towards the Keening series of songs.

“Keening I: Psijic / CHIM” leans more on the progressive side of things while adding a catchy tone with the opening riff that comes back in the middle. Once again, we have some really sweet lead guitars splashing melody all over the place alongside the symphonic bits that animate the fantasy behind all of it. The dual vocals right at the end are an extremely nice touch within the context of the song. “Keening II: In My Own Parting Words” comes as a blissful breather in the form of an acoustic interlude that sways gently to the tune of that feather-light violin with a flute on top, only to be abruptly cut by what follows. The last two installments of the Keening series rather blend into each other, developing all which has been laid down before hand and bringing us right to the album’s coda. “Silt Sunrise” brings this brutally beautiful trip to an end with an epic tone that reminisces the sound of The Elder Scrolls game soundtracks, leaving an inch of mystery for the listeners to gnaw on.

The record is bristling with power yet it manages to keep its composure just enough to not go astray. The engaging songwriting is only enhanced by the rich palette of sounds that animate it. This, along with the sterling production value that fleshes out every increment with fierceness and grace, whenever it is required create a memorable experience. Personally I hope the band decides to hold this approach for their future releases as well. Certainly sticking to a recipe isn’t progressive in itself, but who would blame anyone with such a tasteful blend at their disposal?

The Ritual Aura have refined their craft and are even pushing genre boundaries with Velothi. Whether you’re looking for fantasy-infused extreme metal, or for forward-thinking death metal, you need not look any further. Velothi has all of this covered and then some more. Under the swirling guitars, the pounding rhythms, and the soothing symphonic touches there is plenty to delight potential listeners. For fans of the genre and not, this is not something to sleep on!