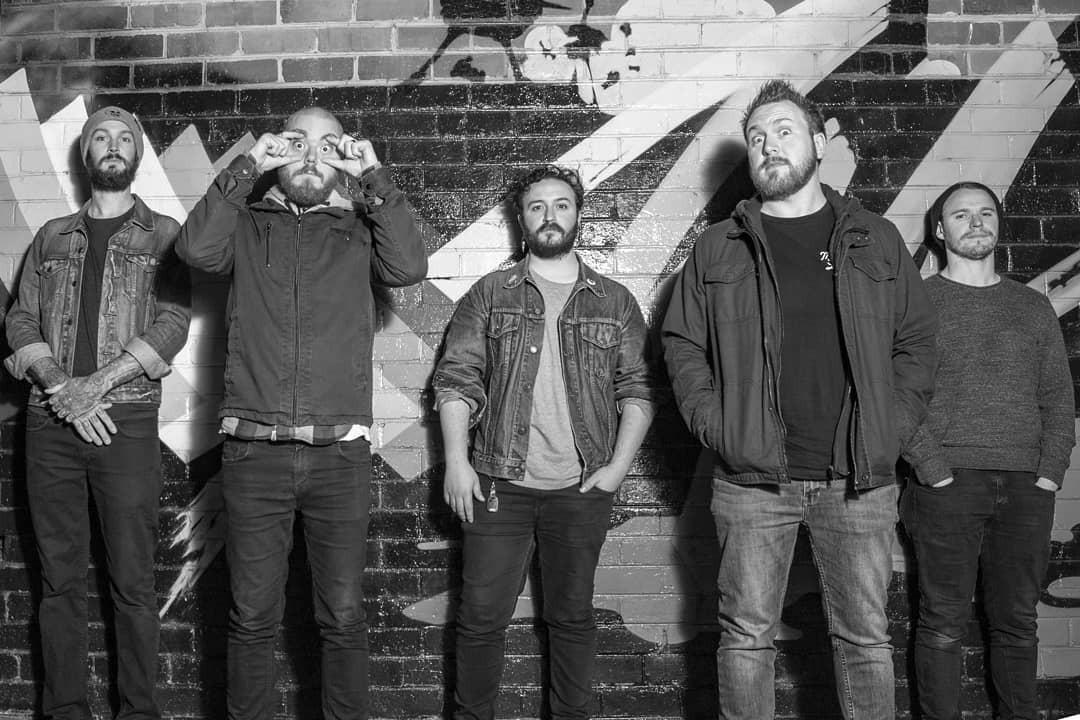 The Orphan will systematically tear you to splinters, prune the excess bullshit, and assemble you back to a crooked form with their new EP Death Rattle.

The old, washed-out saying that goes more or less along the lines of ‘everything in Australia is meant to kill you’ sometimes comes to mind in the weirdest associations. Whether it’s the house-sized spiders, toxic plants, or kickboxing marsupials that we instantly think of: we all know pretty well why that saying seems to be in place more often than not. Australia is also a continent of contrasts that extends to ridiculous measures. Between the penguins and deserts, their underground music scene has an emphasis on all things metal.

During the last decade or so, the scene has brought up some of the most revered and prospering heavy acts of today, some of which have never heard about such things as balance and opposites, but choose to either be the flapping, chubby, and flightless birds or the unpleasant and plain mass of sand instead. But every now and then, a band who embrace their inner Dundees and the distressing isolation at the same time comes along. All stereotypes and bad jokes aside, The Orphan are one of these bands who risk it for the biscuit. I’ll stop now.

Having released two EP’s and singles since 2016, The Orphan now present their newest harvest titled Death Rattle. In less than a quarter of an hour, the seven song release will do what I summarized, with alternating results. Having gained some well-earned recognition in recent years, Death Rattle pushes them to more vile and violent areas through means of discordant mathcore and noisier hardcore.

With The Dillinger Escape Plan and Norma Jean as examples, The Orphan sound like they’d be close to finding a nook of their own to build their nest in. While the confluences to the aforementioned acts are apparent at times, Death Rattle still manages to stay out of the brink of the gorge of imitation where so many others plummet straight into.

Death Rattle also includes the kind of highlights that would leave even their forefathers gasping for air. “Love Is” is overwhelmingly aggressive and pounding piece of hardcore; “Glass Coffins introduces some more mainstream shenanigans but ends in a majestic, feedbacky outro break that’ll make you shiver; “Drag” is like a stampede of the megafauna that once roamed this planet, and it leaves absolutely no survivors behind. It’s also conveniently placed to the end as a closure piece. There’s absolutely no shortage of good songwriting, but the mix could use some color throughout. The production could’ve underlined certain parts more, simply to make them shine through better.

The band declares that they approach songwriting in a way where they cut straight to the chase. That’s also audible and easily confirmed. However, sometimes the chase would be worth it, since there’s a certain strength that could be achieved with it. Implementing some familiar tones and even repeating patterns amidst all the idiosyncratic beating would favor The Orphan tremendously. I know some people will disagree on that, and that’s fine. But if done carefully and with a hint of elegance, it wouldn’t compromise anything. While Death Rattle itself is really a good release, it can be heavy on the heart, so to speak.