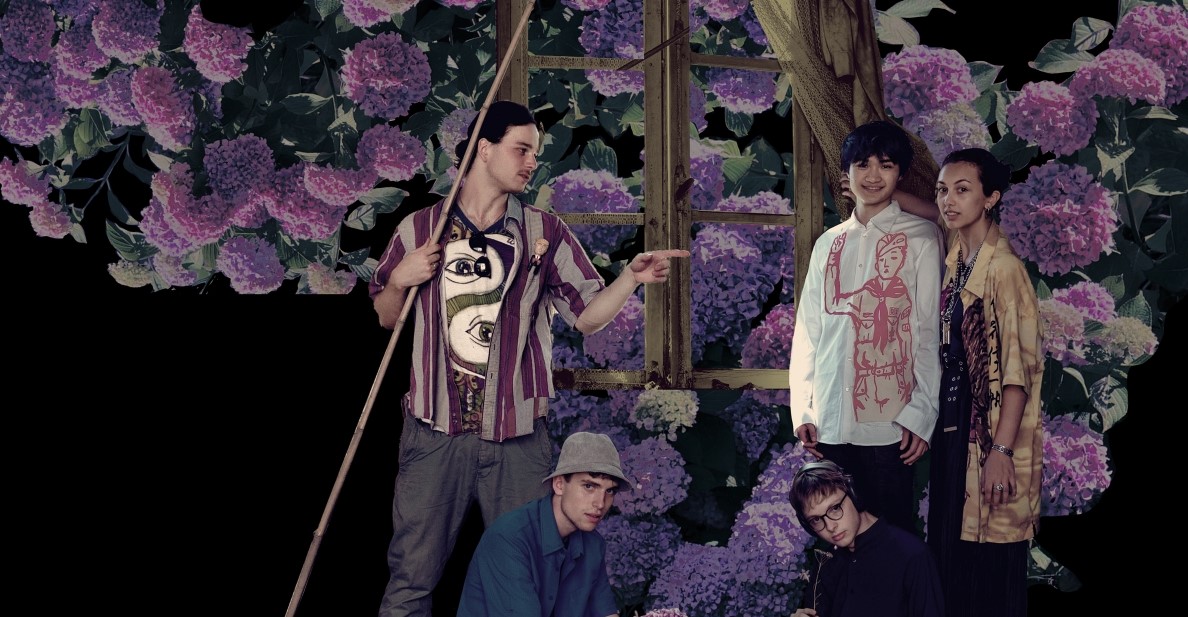 By Carlos Vélez-CancelAugust 17, 2020 No Comments

On their debut EP Documentaries, British newcomers The Long Faces bring to the screen a collection of songs that are flavorful, moody, and bursting with slick attitude.

It is always exciting when I stumble upon up-and-coming bands. The thrill of not knowing what to expect from them, and the ensuing curiosity of what they might be capable of in the future manifests a drive not found anywhere else. As such, I applied this very mindset when approaching The Long Faces. And look, let me just say that I was not exactly prepared for what I was about to come across; this one’s quite an oddball, dear readers, and I say so with a big grin on my face. The musical direction taken on Documentaries is one that’ll leave eyebrows raised in confusion for a second, but eventually caving in for more.

Call it a throwback, call it nostalgia, the very heart of Documentaries lies upon sounds from the past that have since been cherished fondly. With just three songs and a runtime of 14 minutes, this EP channels the morose nature of the alt-rock and post-punk scenes of the 80s, combined with the grittiness reminisced by the garage rock revival. This is not by any means an attempt to depend on pure genre revivalism, however. Complacency to what is tried and true is not something that emanates from a band like The Long Faces. The personality embedded and the musicianship showcased really positions Documentaries outside of bands and artists that tend to fall on these tiring sonic bandwagons.

Much of the personality comes from Tom Lane’s baritone vocals. Morrisey instantly came to mind when listening to the very first words of “Sail Away”. Now, I’m sure that I must not be the only one to notice such resemblance, but hey, I’m just being honest here. The vocals are controlled but expressive, velvety to the ears yet holding much power. It would not be fair to settle with this uncanny similarity, however, as Lane’s delivery is full of spirit and brings color to each one of the tracks. From the scat singing and the subtle sarcastic taunts on the self-titled track to the more melancholic vocals soaring through the previously mentioned “Sail Away”, he brings dynamics to the overall sound whilst also sounding distinctive.

Wonderfully accompanying the vocals is the vibrant guitar playing from Halden Cooke and Duy Phimasset. The licks and riffs throughout Documentaries are clean and tasteful, further supported by the simple yet polished production. They are also intricate, allusive of the liveliness emanated from Santana‘s playing and of the whimsical prog-rock embodied by bands such as the Canterbury greats Camel. The closing track “And Where Have You Gone, Mr. Wolf?” demonstrates this sonic clash of the 70s to perfection, leaving room for listeners to just ponder on the potential The Long Faces have if they were to continue releasing new material. Sealing this EP tightly is the commendable chemistry between Dan Ball on the drums and Kristina Rhodes on the bass. The grooves they grind out are addictive and bring all these elements together into one jam-packed and enjoyable listen.

Musicianship, groove, and attitude; these are qualities that have led bands and artists of all kinds towards much success. That is why Documentaries stands out as a great starting point for The Long Faces. Adding the thorough blend of influences and creativity, they managed to lift the burden of dubious thoughts when putting out debut records, whilst building enough interest in any release they might offer in the future for potential fans. Even with a short runtime, there was enough variety to keep the attention afloat, making the EP a short but gratifying listening experience. I still stand by what I said when I referred to them as an oddball, but that’s part of the charm; The Long Faces are worth keeping on our radar and definitely worth checking out.