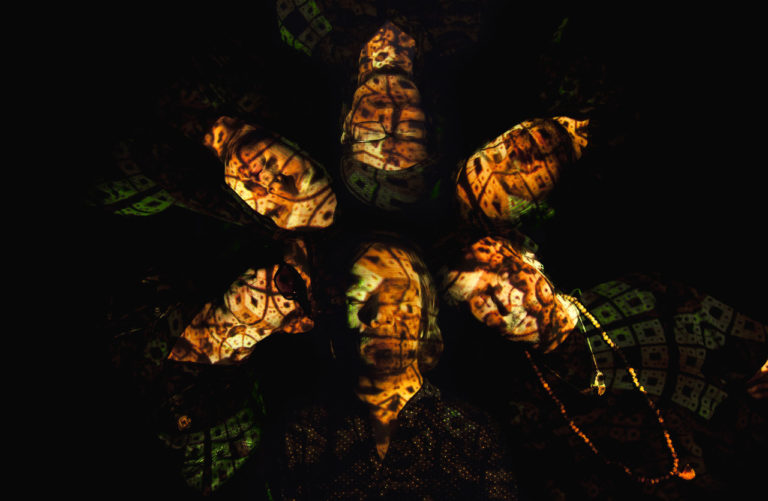 Superfjord – “All Will Be Golden”

All Will Be Golden by Superfjord is a magical adventure into 70’s prog psychedelia, with six different musical journeys clocking in at just under fifty minutes. It’s something that needs to be experienced. A true throwback to the greats from yesteryear.

It was a regular Friday night at the pizza parlor. I was having my normal meat and mushroom pizza, though this slice tasted a little weird. I looked over at the chef and he smiled and winked at me, which was strange. I went to the bathroom to wash my face, and when I came out, I was blown away by what I saw next. It was still the pizza joint, but the decorations and everyone’s attire were from the 1970’s. What was in my pizza? I heard music playing, but there was no jukebox in the parlor. I stepped outside to follow the music and wound up in a magical forest.

I found the source of the noise, they said they were in a band named Superfjord and they were from the future. They reigned from Helsinki, Finland; and wanted to play me their new album All Will Be Golden. When six men from the future ask if you want to hear their music, you always say yes!

I was immediately blown away by the opening moments of “Cut and Paste”. The main guitar riff put me in a trance. A few minutes into the song the synthesizers and guitars trade off high energy solos. A saxophone is added to the mix as the song builds to its climax. Vocalists Jussi Ristikaarto and Mikko Kapanen repeat ‘Cut and Paste till all is done’ over a pulsating synthesizer to close the first number. “Master Architect” started with bassist Teemu Soininen playing a bass line in 10/8 that gets layered and layered with congas, agogo bells, pads and finally drums and guitar. The intensity continued to build as all the musicians stayed in the pocket. Right as they reached their highest point, more saxophone came in to really get them to the next level. I thought that this would be an instrumental, but most of the band dropped out and vocals came in at about seven and a half minutes! For the last minute or so ‘A dream’ is repeated over and over with many vocal layers and effects.

Superfjord did not waste any time getting into their next adventure, “Rainbow”. As vocalists chanted ‘Bow down to the rainbow’, a majestic rainbow appeared over them. At their request, I bowed as Soininen played his tastiest bass lines of the album. After a few verses and choruses, they built into the most intense section of All Will Be Golden. First came a guitar solo, but behind the solo there were layers and layers of percussion featuring bongos and congas. Right after the guitar solo was a synthesizer solo, and after a few measures an organ began to solo, while the synth was still soloing. My ears were fighting with each other as both solos became intertwined. After all of these solos, they dropped to the opening riff and closed with a down chorus.

“No Rest For the Wicked” followed at full force with a big intro dropping into just drums, congas, bass, and organ stabs, with ‘No Rest For The Wicked’ being repeatedly whispered. Drummers Ilari Kivelä and Jussi Peevo really shine in this song with multiple fills, carrying the band from section to section. At this point, this whole experience got extra crazy. Superfjord began singing in different languages, well, more like chanting. “Parvati Valley” is the most 70’s prog sounding song on the album, extremely psychedelic and also Indian at the same time. Tambourine and acoustic guitar are some instruments introduced in this song over the chanting and organs. Parts of this song reminded me of Frank Zappa. The drums and bongos carry this song to its ending until it slowly fades away.

Birds began to chirp as the piano arpeggio intro begins for “Rainha da Floresta”. Soininen carries much of this song with clever and catchy bass lines over the piano and guitar. As the intensity grows, saxophone is added to the most King Crimson sounding section of the album. There aren’t many vocals in this song, so the musicians each get a chance to shine. Tension begins to build over mainly drums and percussion and chanting, as Superfjord goes full speed and intensity as they reached their final climax on All Will Be Golden. The band all disappeared, leaving me at an ocean with just waves and birds chirping in my ears.

All of a sudden, I felt someone tapping on my shoulder, asking if I’m alright. I looked around and I’m back at the pizza parlor. My friend asked if I was going to eat anymore, telling me I’ve been staring at the wall for close to an hour. He asked what had happened, and I told him that I wasn’t sure, but I’ve never felt better. I also told him he needs to listen to this band named Superfjord. All Will Be Golden is a magical adventure into 70’s prog psychedelia, with six different musical journeys clocking in at just under fifty minutes. It’s something that needs to be experienced. A true throwback to the greats from yesteryear. You can’t honestly tell which era Superfjord is from, and that’s a beautiful thing.