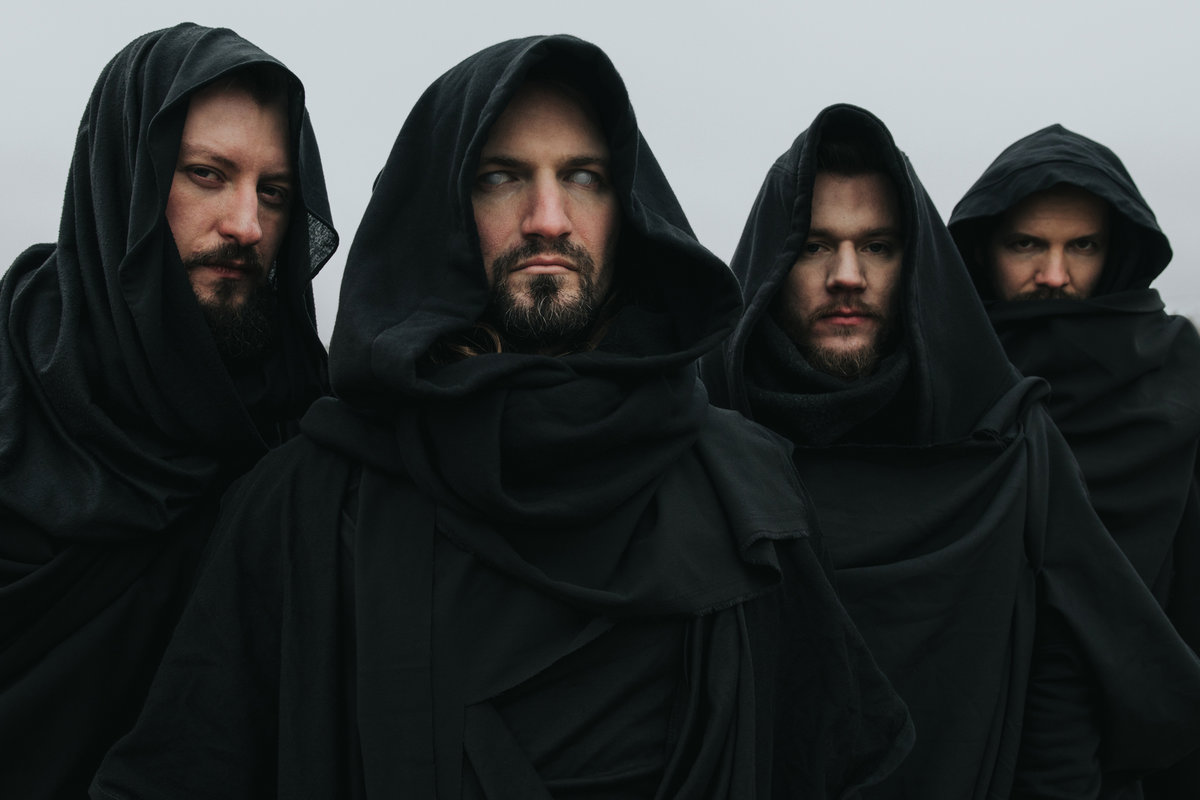 By Pete OverellMarch 9, 2021 No Comments

Dark, ritualistic, and dour, possessing a unique flavour of metal imbued with influences that span decades, the latest album from Sunnata is one to behold. Burning in Heaven, Melting on Earth is a titanic record that deserves your full attention.

Sunnata first caught my attention with their sophomore record Zorya back in 2016, where they began to explore the ritualistic and cult doom that was to become the bedrock of their third album Outlands. That record, which I reviewed for our previous website identity, really blew me away, instantly becoming a staple album for me to throw on when I wanted my head melted by glorious fuzz and psychedelic chanting. What I did not expect was them to follow up with an album as strong as Burning in Heaven, Melting on Earth.

Having seen it happen to other bands, I expected Sunnata to fall into the trap of finding a unique formula and sticking with it to death. They have done no such thing, with each track sounding incredibly fresh and new, whilst sporting influences that span decades, all packed into this groovy and gripping album. I found the structure of the songs is much more developed than their previous work, with the band leading you down unexpected paths with brilliant conclusions. You’re treated to heavy, pounding riffs, or delightfully trippy sections that feel like watching a Robert Eggers movie on acid.

Burning in Heaven, Melting on Earth opens strongly with “Crows”, a track that teases heavier moments in favour of mellow moments that are imbued with ’70s prog chords, coupled with a growing sense of dread. The ritualistic vocals of course are in full play, with the lead singer taking you to otherworldly planes with his warbling voice that bends and twists in your ears. The drums and guitars are always transfixing, offering a spellbinding experience that reaches lofty peaks before long, the climax of the song a doomy march that pummels you with a wall of sound before dropping off to nothing.

Thankfully “God Emporer of Dune” starts off slowly, with a bewitching tantric chant used as the cornerstone of the track as Sunnata pile on the layers. It never escalates to a furore like “Crows”, with the band yet again teasing unexpected pathways through their tracks. I personally loved this song because it does exactly this – baits you into expecting a heavy climax, but instead doses you with subtle basslines and abstract percussion. The result is a delightfully trippy track that evolves slightly at each turn.

Yet whilst I loved the trippy tracks at the start, I think my favourites are the two in the middle. Sunnata perfectly blends ’80s and ’90s metal influences into their tracks with the band citing Alice In Chains as a key influence. “A Million Lives” brings a lot more energy to the record with a brilliant boppy groove tying together the track along with yet another unexpected trippy twist in the middle. “Black Serpent” has the best vocal hook and maybe riff on the album, a punchy groove and shout that has me reciting it throughout the day. The diversity they build around the ritualistic theme of their music is awesome, and again the production must be lauded.

A mix like the ones presented could get far too messy to be enjoyable, yet Sunnata has managed to separate the layers enough that they swirl around, colliding with each other to give you a massive dose of psychedelia, whilst not being overpowering or off-putting. I also really enjoyed the spellbinding vocal effects, which spread across the mix, in a similar way to the really trippy parts of SikTh‘s Trees album.

I can see this album picking up more traction outside of the doom underground, certainly with people looking for an escape from reality. I feel worlds away when I’m listening to Burning in Heaven, Melting on Earth, with the enticing yet dark sonic landscapes pulling me back again and again. I can’t wait to see what Sunnata can do next, and I’ll be sure to catch them playing in Europe on this album cycle.