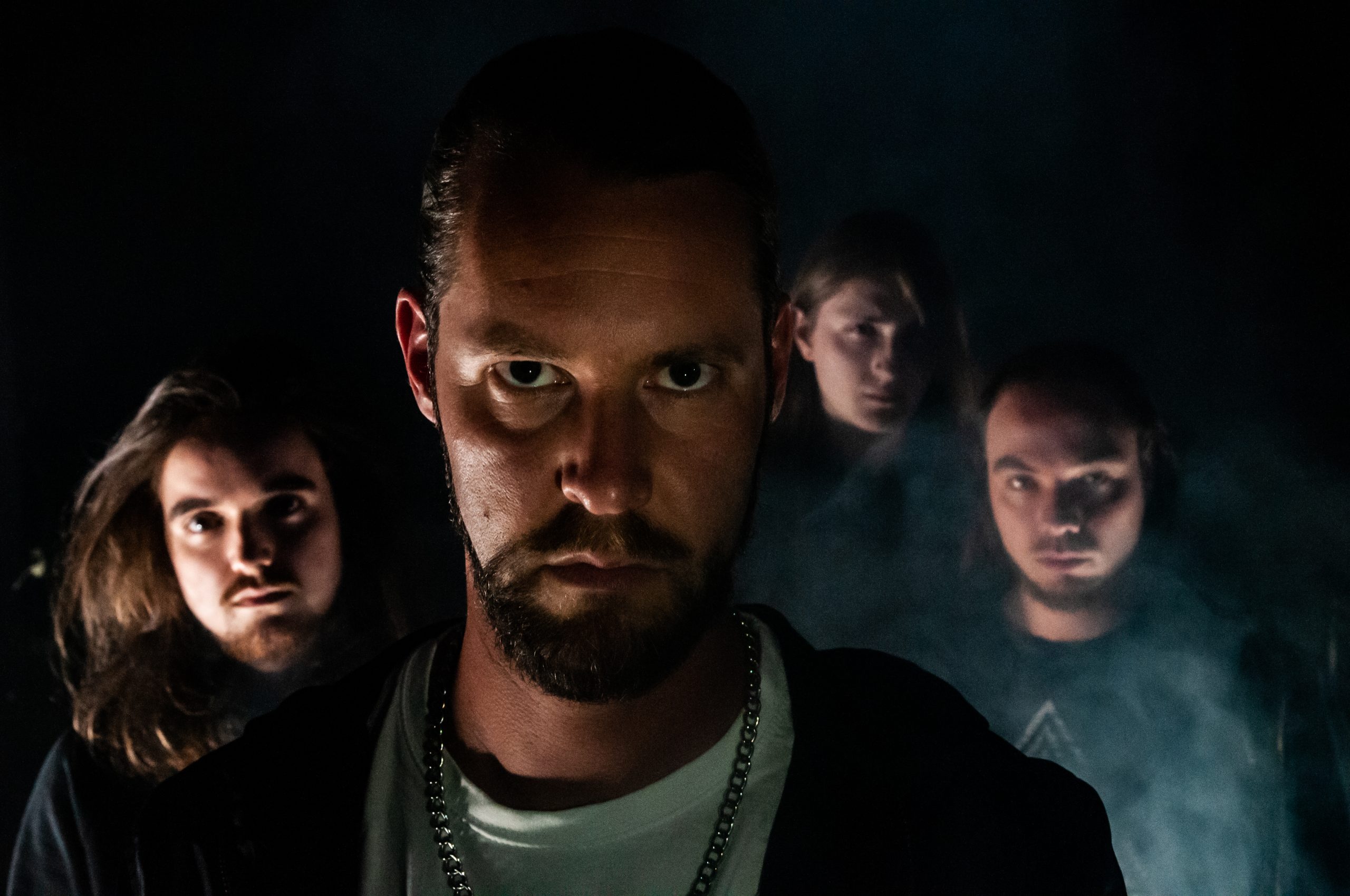 On Form in Motion, Autarkh exhibits what pushing boundaries truly means, and the result is nothing short of an extreme caliber, both musically and mentally speaking.

Uniting musical components that on paper really don’t look like they’d go together is more often than not a risky move to make. Still, in this day and age, any given artist really needs to be determined to push their boundaries, to link these seemingly incompatible elements, to get noticed at all, let alone to be actually distinguished for their own benefit. We’ve all seen and heard how this can result in an utter tonal trainwreck, but we’ve all also seen and heard how this can lead to something unparalleled and unprecedented, to something simply astonishing and amazing. Autarkh embarked on such a sonic trek with their debut album Form in Motion, but where exactly did they end up on that mess-to-brilliance spectrum?

Emerging from the ruins of everyone’s favourite dissonant black metal unit Dodecahedron, Autarkh is led by the mastermind Michael Nienhuis, who also founded the aforementioned, and characterises themselves as a group of musical extremists. If you didn’t find that amusing at all, read it again, because I sure as hell did when I first read it. But, as it happens, that silly thought ceased to exist immediately upon hearing the music itself, and I had to chug the plate of bias I had served myself down in a gorging but oddly satisfactory manner.

If I had do describe Form in Motion in a single word, it’d be difficult. And I mean truly difficult, in every sense of the word. My first few full listens went basically to just adapting into the sonic overwhelmingness caused by the constant auditory barrage bashing my way. And only after conditioning myself to how everything sounds, I could start properly digging into it, translating to myself just wondering what the hell is going on in there. Eventually I was able to bring myself to actually digest all of it, and it certainly wasn’t due to a lack of effort. Now, you might find yourself marveling how something like that could be enjoyable in the first place, but it truly is, as being able to immerse yourself in something as holistic and unique like this is an experience in its own right, and being able to first tolerate it and later on to fully savor it, feels like an accomplishment. Mind you, that’s nothing but a good thing in this context.

Taking its main elements from death/black metal, and annexing them with industrial, glitch, and breakcore ones, Autarkh creates an abstract wall of sound where hardcore-esque vocals top a rumble of downtuned guitars colliding with synthetic IDM beats and other wild electronics. What gives the album its own tone and colour is the dominating sound design-like approach and execution. I can’t even begin to imagine the amount of hours that went into crafting Form in Motion in its entirety, and it really shows. Everything is meticulously thought out; every single detail is as refined and polished as the sum of their parts, and it’s all handled in a surprisingly cohesive manner, despite the fact that the album has a tendency to be all over the place, and in fact had three different people mixing it as well. This also speaks for the mentioned musical extremism, which indeed couldn’t be further away from being as amusing of a notion as it initially felt like.

“Primitive Construct” merely acts as an introduction to the hellscape the album has to offer, and the true first song “Turbulence” shoves the unsuspecting listener straight to a vortex of mechanic percussions, memorable leads, and distinctive vocals. Autarkh wastes no time in showing their true colours, which are unexpectedly vibrant and manifold. After the pulse-like stream of blast beats subsides, the third track “Cyclic Terror” throws another curveball in the form an danceable IDM beats dressed with Meshuggah-esque riffs, that later on transform into a strangely ritualistic airy passages and pauses. You feel dizzy yet?

Aside from the intro and outro tracks, there’s few other breathers strewn through the album as well. “Impasse” and “Metacognition” give the entirety some needed dynamic edge, even though they barely bring anything exceedingly remarkable to the table. But I’d still call these intermissions integral, as they also show how the band isn’t scared to briefly let go of the intensity for the sake of the bigger picture. And speaking of the entirety, the djent-y, groove-laden eclectic beating of the fifth track “Introspectrum” bears maybe the most significance out of all the individual tracks, being a watershed moment not only with the album’s dramatic curve in mind, but it’ll also be the exact moment when you know whether or not you’ll grow a liking towards Autarkh, if you still were on the edge.

The latter half of Form in Motion also includes the very best cuts the band has to offer, in the form of “Lost to Sight” and “Clouded Aura”, both being the most monolithic and iridescent ones out of the bunch. The secondly mentioned especially is where Autarkh expands its dimensions to progressive measures and the album’s atmosphere develops to immeasurable lengths. These tracks utilize basically all of the aural hues and distinctive aspects I’ve mentioned so far, and as they’re plenty in nature, their combination results in unbelievably astounding songs of epic proportions.

Form in Motion‘s biggest pitfall is its ingrained tendency to lapse into cacophony, but while that seems to be the case by design, it’s also undoubtedly the main reason to why it just isn’t for everyone. As it requires extra effort to really immerse yourself into it and to comprehend everything that’s going on at all times, I wouldn’t be surprised if that’d alone be enough of a reason for a hard pass on someone’s behalf. But if you’re not afraid to challenge yourself and your limits, then Form in Motion is meant for you. And when it comes to my initial question whether this quirky mixture falls into being a total mess or a glorious achievement, I’d personally say it’s leaning to the latter, as the former definitely teases us with its presence, but acts as a characteristic nuance rather than a negative feat.